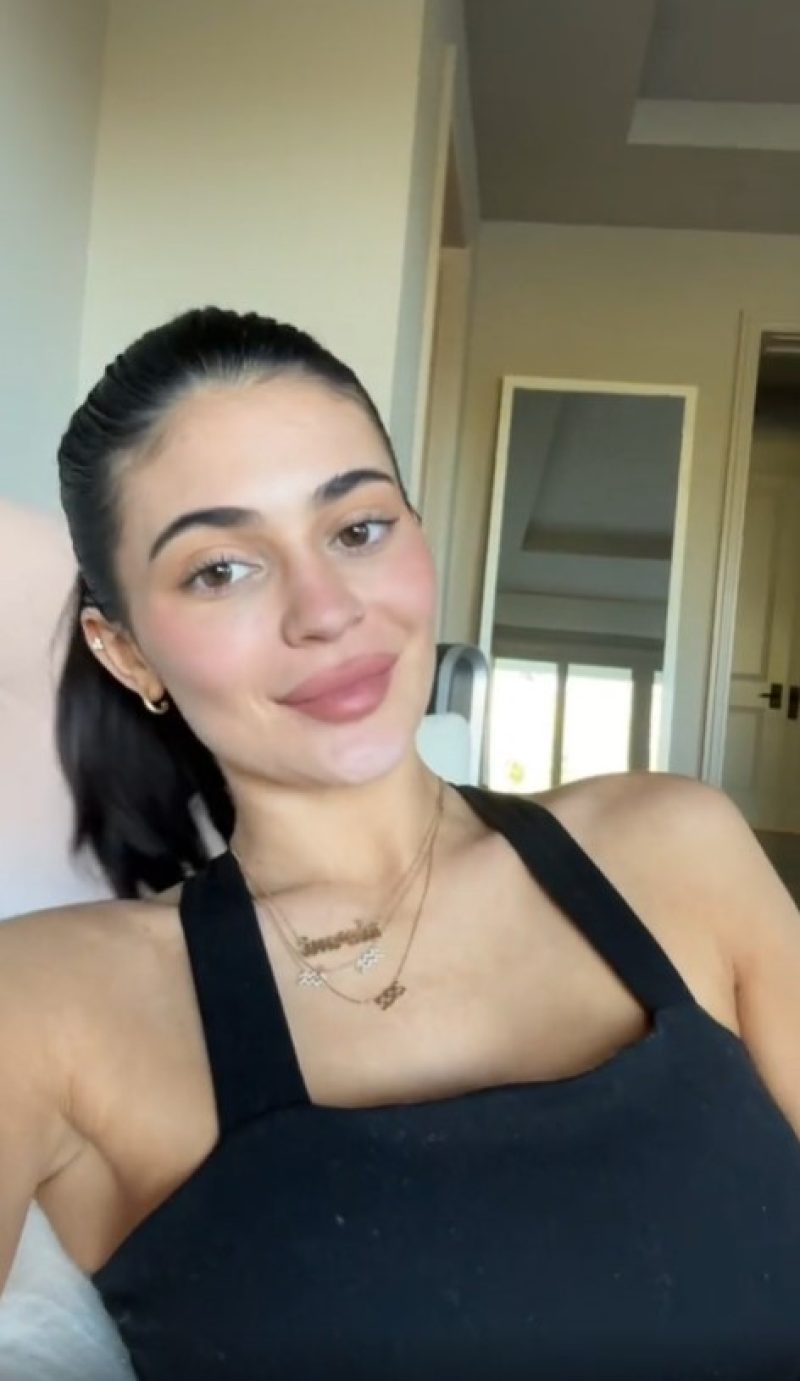 KYLIE Jenner has taken to social media to proudly show off her real chest that has sprinkles and moles in an unedited photo for her nude lipstick.

In Kylie’s, 25, latest promo photo for her brand Kylie Cosmetics her freckles and moles are very apparent in her unretouched snap.

The mother-of-two’s snap was a cropped photo, showing only a corner of her face, a section of her chest and one shoulder.

In the picture Kylie’s corner lip and jawline was present, alongside her ear that held a sparkling diamond earring and her fingers that held the brand’s lip gloss to her shoulder.

Kylie’s promotional image displaying her natural skin made sense since she was advertising her makeup company’s nude lip color.

Her Kylie Cosmetics Instagram page that posted the ad captioned: “Another day, another nude,” and tagged the 25-year-old’s personal page.

It appears that the beauty mogul is embracing her naturalness in the new year.

The youngest Kardashian-Jenner sister’s recent ad for her cosmetic company comes after she posted a picture of herself with minimal makeup onto her Instagram stories in late December.

For the photo, Kylie took an up-close video of her seemingly bare face, showing off her glowing skin that wasn’t enhanced with highly pigmented cosmetic products.

Her rosy appearance shined through the short flick since she wore what appeared to be a light coverage foundation.

Whenever the Keeping Up With The Kardashians alum is caught being natural she stirs fans, causing some to respond on Reddit.

One fan on Reddit expressed: “Every time I see Kylie Jenner with no makeup on, she kinda looks like Debbie,” – Debbie Gallagher is character from the Showtime series Shameless.

Debbie was portrayed by the 23-year-old actor Emma Kenney during the series’ run.

Another fan revealed that they thought a minimal makeup wearing Kylie looked more like a “Sim from the Sims games” than Debbie (Emma).

Aside from the businesswoman seemingly stripping her makeup off in 2023, her willingness to do an unedited ad probably was sparked by her older sister Kourtney Kardashian, 43.

Recently Kourtney proudly took to social media to flaunt her real butt and tummy in a see-through crop top and bikini bottoms for her unedited Lemme ad.

Even her second oldest sister Kim Kardashian, 42, has an unedited photo of her at her daughter North West’s, 9, basketball game in the public eye.

Unfortunately with Kim, fans zoomed in on the reality star’s spray tan while others were astonished by her unrecognizably pronounced jawline.

One user on a Kardashian online thread wrote: “Girl, that spray tan is horrifying.”

Another agreed: “Kim used to easily slay in looks, now she looks horrific. Girl why?”

“Kim’s current era is stressing me out,” one person added.

One accused: “The jaw implant or filler, I don’t know what it is, has to go!” as another said, “The jaw is rly throwing me off.”