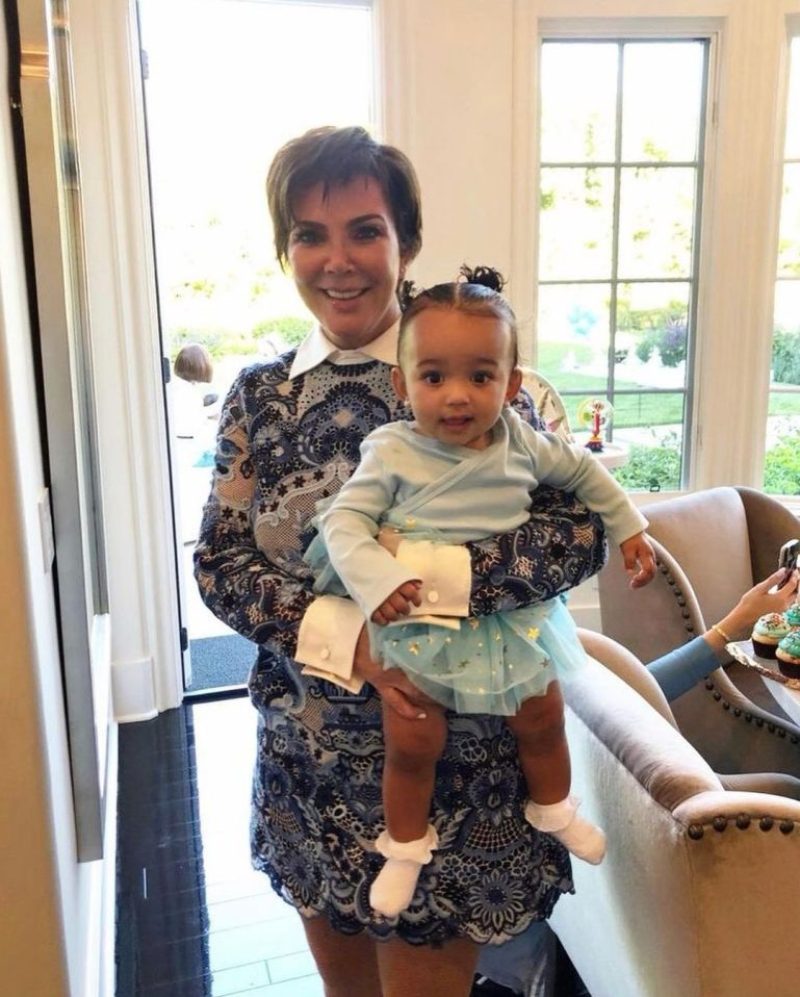 KIM Kardashian’s daughter Chicago is turning into the spitting image of her mom as she celebrates her fifth birthday.

Kris Jenner, 67, shared a birthday tribute of the five-year-old on Instagram and fans couldn’t help notice Chicago looks so similar to her 42-year-old mom.

The momager was sure to include the 2022 moment where fans couldn’t get enough of Chicago stunning in a Dolce & Gabbana crystal bodysuit sucking a lollipop.

After a long dedication, Kris concluded: “I love you more than you will ever know!”

Although fans couldn’t stop comparing Chicago to her mom in the comments.

Another agreed: “She looks so much like Kim and Robert Kardashian.”

Yet a fourth added: “She’s beautiful just like Kim.”

Over the holidays fans were all saying the same thing.

Chicago’s older sister, North, nine, posted an inside look at her spa day, and fans said the young Kardashian looks like her mother’s twin.

In North’s TikTok, the two sisters massaged hair masks into their scalps and ran around in face masks and robes.

Fans have previously noted the strong likeness in Kim and Chicago’s shared almond eyes and smile.

Last year, Kim posted a photo of Chicago eating a candy cane and one fan commented: “Omg, she’s your twin.”

The comment racked up over 7,100 likes as even Kim’s long-time friend and American tennis player Serena Williams commented: “My baby!”

Yet another fan posted: “Your twin.”

A fifth agreed: “Literally her twin.”

After doctors told Kim, 37 at the time, that it would be unwise to go through with a third pregnancy, she and Kanye decided to go for a surrogate.

Many fans think the couple picked the name Chicago in a tribute to Kanye’s late mother, as it was her hometown.

Although Chicago is still a little too young to have a TikTok and social media presence like her older sister North does, Kim is already thinking far into her youngest daughter’s future.

Kim has filed trademarks for Chicago and Saint to launch skincare, toy and fashion brands.

The skin services trademark covers skin moisturizers, lotions, bath and shower gels, bubble baths and powders, and cosmetics, as well as fragrances and even nail polish.

For the clothing, the trademark applies to everything from “Bottoms as clothing; coats; dresses; footwear; headwear; jackets; jumpers; loungewear,” and a slew of other products with bibs and costumes lumped in.

The trademark for advertising services is earmarked to promote the above various products, among other endorsement services.

Interestingly, Chicago has an additional trademark, which it appears Kim did not attempt to acquire for Saint.

Chicago’s fifth filing is listed as: “Entertainment in the nature of providing information by means of a global computer network in the fields of entertainment and pop culture; entertainment services, namely, personal appearances by a celebrity.”

Psalm appears to have the most trademarks out of all of Kim’s children, with North and Chicago tying in second with five trademarks filed each as Saint has only four.