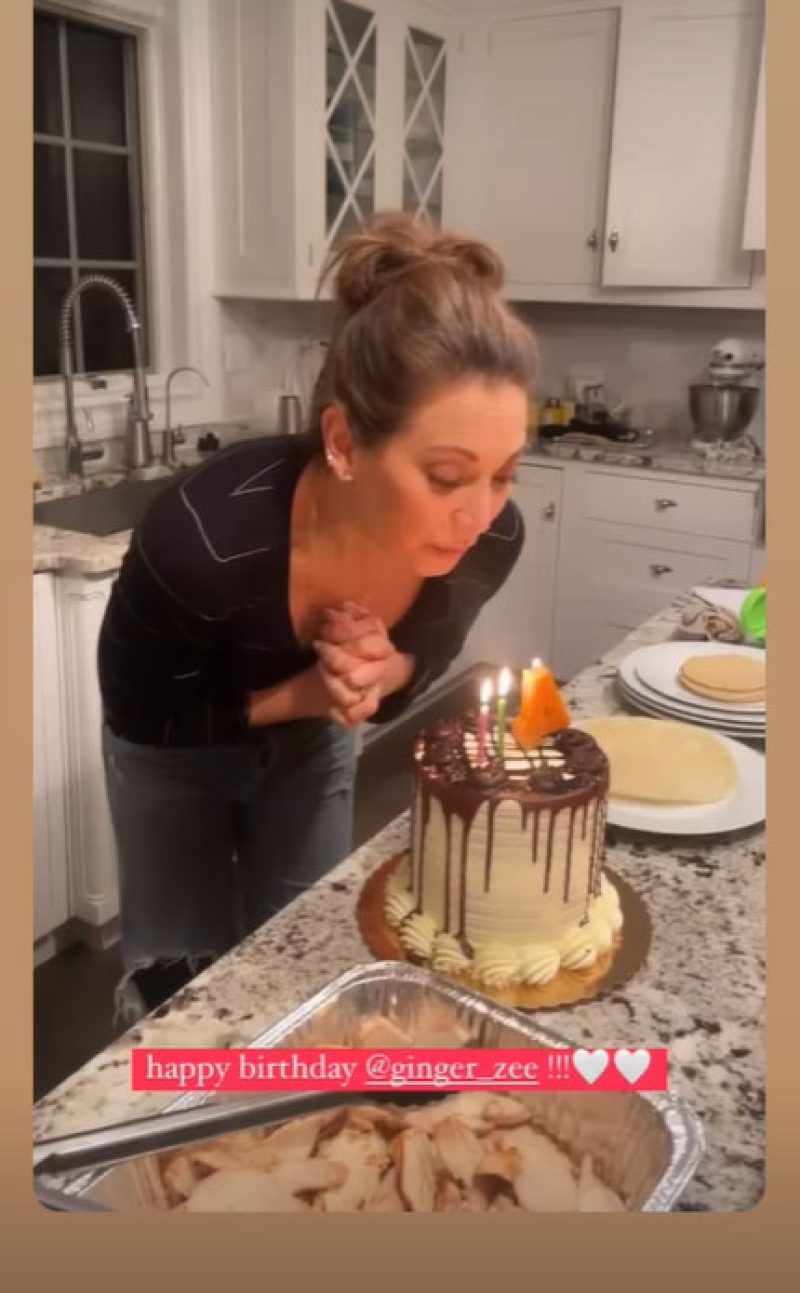 GINGER Zee celebrated her birthday with friends over the weekend.

The Good Morning America meteorologist was treated to her own personal musical production.

Ginger turned 42 on Friday, and partied with some special guests Saturday night.

But the real present came when her husband, reporter Ben Aaron, roped their friends into producing and starring in a special musical just for Ginger.

“Yes, we put on a surprise musical for Ginger’s birthday,” Mel shared on Instagram, along with a photo of the smiling cast,

And this was no ordinary song and dance number.

Tony revealed on his own Instagram: “Celebrating Ginger Zee with a surprise birthday “mu-zee-cal.”

“My talented husband wrote & directed an off off off Broadway musical for my birthday starring some of my friends,” Ginger shared. “I don’t think there’s a better gift.”

Earlier in the day, she shared a photo of her and friends having fun outside.

Ginger showed off her toned bikini body while “drinking bevs all day by the pool” with her friends.

The chief meteorologist for ABC News sported a green triangle bikini, as she soaked up the sun.

She was seen launching back into the pool, leaving behind a splash as she socialized with a few friends.

She showed off her slim physique, tanned skin, and a wide smile.

Ginger could likely use a relaxing day of fun, especially after revealing how tense it is in ABC’s weather center.

She  shared a video on Twitter on Thursday showing her and other members of her GMA team as they covered an extreme drought and recent extensive flooding in California.

“Inside the tense moments in the weather center this morning,” her tweet read.

She said that she, Max and Dan Amarante were anticipating the “drought monitor.”

“I’m not joking, we barely took a breath for a half hour,” she added.

Ginger compared the current conditions among those in the weather center to when they “refresh for hurricanes.”

The meteorologist noted that Max had “some heartburn” and said that Dan was “working feverishly” as she was “typing away.”