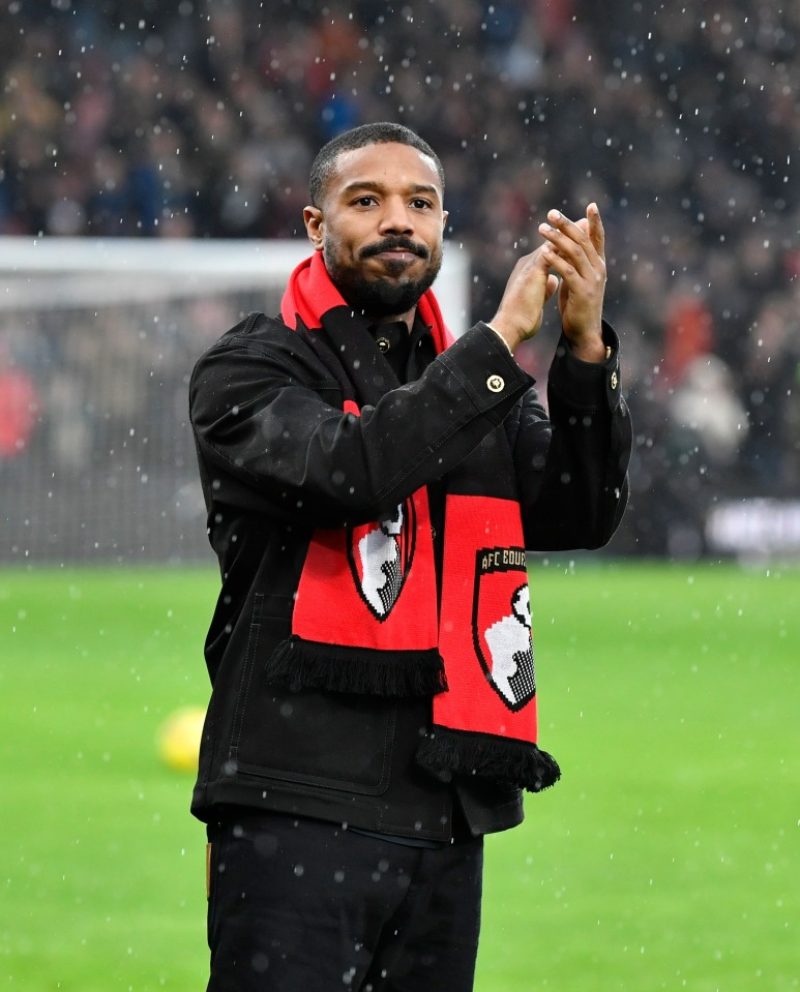 MOVIE star Michael B Jordan — once dubbed the sexiest man alive — has grown close to a British model, The Sun understands.

The Hollywood hunk, 35, is said to be “enamored” with 26-year-old bikini pin-up Amber Jepson.

Hollywood hunk Michael B Jordan has been growing close to a Brit modelREXPals say Jordan’s ‘head has been turned’ by model Amber Jepson, 26Instagram

Jordan, star of Black Panther and the Rocky spin-off Creed alongside Sylvester Stallone, has been spending more time here after last year taking a minority stake in Premier League side Bournemouth.

Pals say his “head has been turned” by Amber and the pair have enjoyed multiple chats.

Jordan has replied to some of her social media posts and last week, Manchester-based Amber shared a screen grab of him liking an Insta story and said: “Wifed off now.”

She has told friends she is keen to “see where the relationship can go”.

A pal reckoned: “It’s early stages but Amber and Michael are really keen on each other.

“They make a handsome, cute couple and are both financially independent. Watch this space.”

On New Year’s Eve, he was at Bournemouth’s Vitality Stadium to see his new team lose 2-0.

Jordan is the latest film star to invest in football this side of the Atlantic after Ryan Reynolds, 46, and Rob McElhenney, 45, bought National League side Wrexham in 2020.

At the time Jordan and Lori broke up, a source said they were “completely heartbroken” and “still love each other”.

The last picture Lori shared of them together was last March, when they attended a Vanity Fair Oscars party.

She captioned the photo “date night”.

Just a month earlier Jordan, with 19.4million Instagram fans, shared a photo of Lori in a white dress and declared on his page: “I love her.”

Lori had sparked pregnancy rumours in January 2021 by calling Jordan her “baby daddy”.

She further fuelled the speculation by appearing to cover her stomach in a loose dress.

Lori — now dating Brit actor Damson Idris, 31 — previously opened up about her relationship with Jordan on US TV.

She said: “We just really balance each other.

“I really believe when you know you know. I think that applies to our situation and we have a really good time together.”

Amber and Jordan’s representatives did not respond to requests from The Sun for comment.