Who is Towie star Joey Essex? 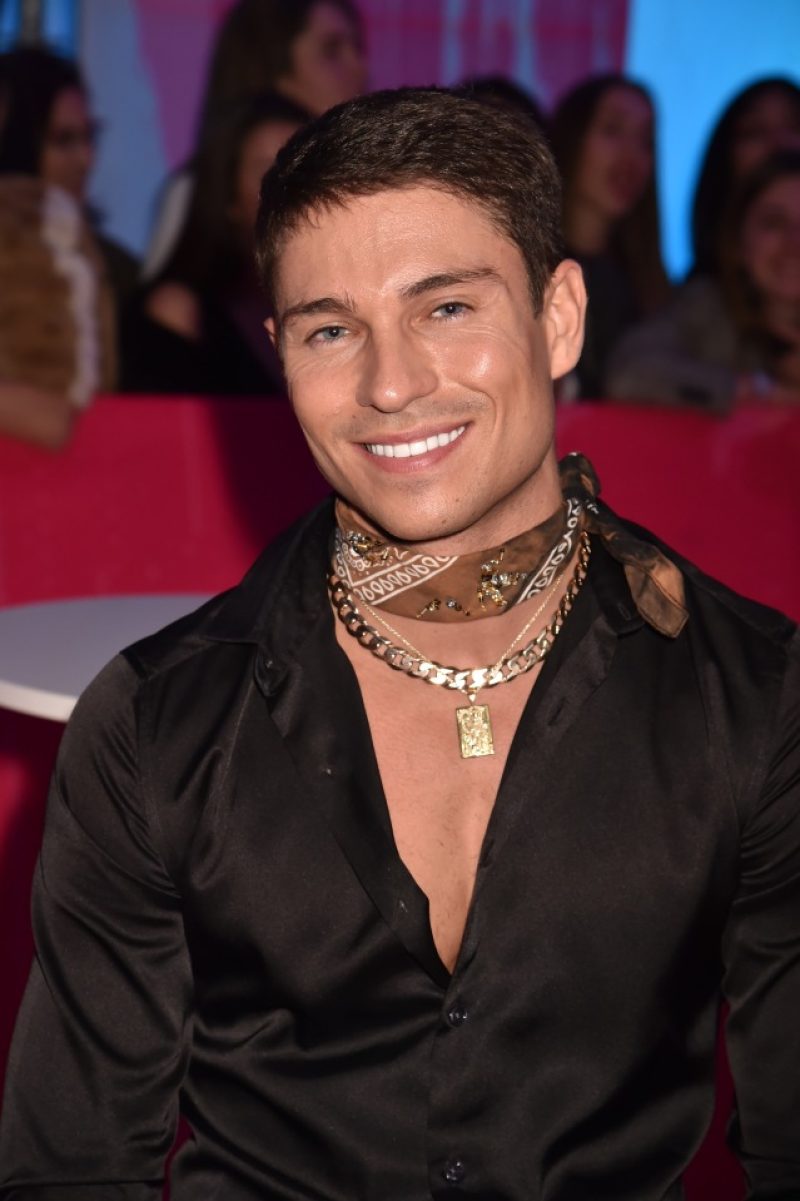 JOEY Essex first rose to fame in 2011 when he appeared on ITV’s fan-favourite reality show, The Only Way is Essex.

Ever since he’s been a familiar face on-screen – and now he’s returning to TV once more, this time as one of the Dancing On Ice 2023 contestants.

Who is Joey Essex?

He is is an English television personality.

His mother Tina, who took her own life when he was ten years old, had been an ambassador for Child Bereavement UK since 2014.

He addressed her suicide and his grief in the BBC Three documentary Joey Essex: Grief and Me broadcast in June 2021.

Joey first appeared on Towie as a supporting cast member in series two, alongside his cousin Chloe Sims.

And it wasn’t long before he was promoted to the main cast in series three, alongside his sister Frankie who joined the supporting cast.

When was Joey Essex on The Only Way is Essex?

Joey Essex first appeared in The Only Way Is Essex in the second series of the show in 2011.

Most Read in Showbiz


The most bizarre Teen Mom pets including goats and a kangaroo

After stints on All-Star Family Fortunes, The Big Quiz and Celebrity Juice, Joey competed in the first series of Splash! in 2013.

He was eliminated during the “splash-off” in the second heat, losing to telly presenter Charlotte Jackson.

Later that year he announced his departure from Towie, and appeared on the 13th series of I’m a Celebrity… Get Me Out of Here!

He was voted out of the jungle after 20 days, finishing fourth.

In 2014, he starred in a documentary called Educating Joey Essex, which was filmed in South Africa and narrated by Philip Schofield.

Originally planned as a one-off, it was then turned into a series.

The following year, Joey won the second series of Channel 4’s The Jump.

In 2016 he appeared on E4 dating show Celebs Go Dating and went on to return for a second series.

In 2020 Essex appeared on the second series of Celebrity SAS: Who Dares Wins, as well as MTV’s Celebrity Ex on the Beach.

In 2022, it was announced Joey will join 12 other celebrity contestants appearing on Dancing On Ice for the 2023 series.

What is his net worth?

Joey Essex is thought to have a net worth of around £8 million.

As well as his TV appearances, Joey recorded and released a single titled Reem back in 2011 and released his own range of hair products in 2013, Joey Essex: D’Reem Hair.

In 2013, he also opened his clothing shop Fusey in Brentwood, but the shop closed in 2016.

The same year, he also launched two fragrances, Fusey aftershave for men and My Girl perfume for women.

Is Joey Essex married and does he have any children?

Essex is not married and does not have any children.

He was previously engaged to fellow Towie cast member Sam Faiers, but the pair later split.

They reconciled later in 2012.

He then proposed to Faiers again in March 2013, but the couple split once more on-screen in June 2013 following several arguments between the pair.

In October 2014 they announced they had split up “for good”.

Who has Joey Essex dated?

Joey was dating model Lorena Medina after the pair met on Ex On The Beach in 2020.

However, the model since revealed she dumped him after he went on a 24-hour partying session with Rita Ora and her pals.

During a break with ex-fiancé Sam Faiers, Joey had a fling with former Towie star Amber Turner.

Joey grew close to Miss Universe Great Britain Amy Willerton during his time in the I’m A Celeb jungle in 2013, but he insisted the pair were just friends.

In 2016 Joey met Made in Chelsea star Stephanie Pratt while the pair were both participating in Celebs Go Dating.

Though it was against the show’s rules for celebs to date other celebs, they became a couple.

However, they split up not long after the show finished filming.

After staying single for a couple of years, Joey and Brazilian model Brenda Santos started dating at the peak of lockdown and it was another whirlwind romance that only lasted five months.

Joey then found love in the jungle AGAIN in 2022 with Maria Thattil when they both starred in the Australian version of I’m A Celebrity…Get Me Out Of Here!

However the pair later went there separate ways.

Speaking exclusively to The Sun ahead of the new series, Joey said: “I’m truly blessed to be paired with Vanessa, I was very happy,”

He added: “You’re close and you are touching each other’s legs . . . and everywhere else. You are very intimate and it can happen.

“Honestly I don’t know how people do this show when they’re married — it would be a disaster.