Who is Chase Stokes? 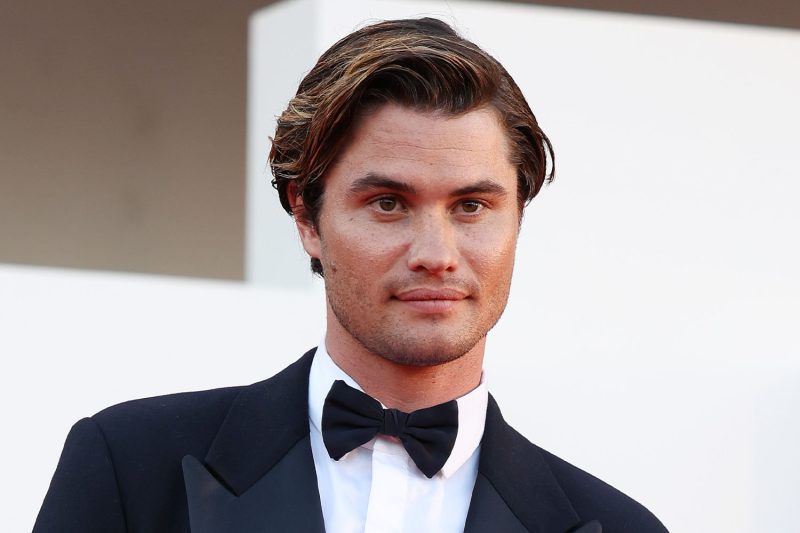 ACTOR Chase Stokes starred in the Netflix teen drama show Outer Banks and is set to star in a feature film, You Got Me.

The move to the feature film comes after he took a brief hiatus from social media after receiving death threats.

Chase Stokes attends the “Bones And All” red carpet at the 79th Venice International Film Festival on September 02, 2022, in Venice, Italy

Who is Chase Stokes?

Chase Stokes, whose full name is James Alexander Chase Stokes, is an actor best known for his starring role as John B in Outer Banks.

Stokes started his acting career by landing small roles and appearing in shows including Stranger Things, Daytime Divas, and The First.

He attended high school in Florida and spent his free time surfing on the eastern shore and visiting his grandparents in Maryland where they would go boating.

It is something that Stokes said helped him when he joined the cast of Outer Banks.

“I’m a water child. I grew up all along the eastern shore, I spent my time surfing” Stokes told Refinery29.

“My grandparents lived on the eastern shore in Maryland, and there is a huge boating community there, so I’ve grown up on boats, I’ve grown up driving boats.

“I didn’t tell any of the creators [of Outer Banks] this when I was cast: When we were in Charleston [where the show filmed,] I reached in my wallet and pulled out my boating license.

“They were like ‘Great, that makes everything a lot easier.’”

Did Chase Stokes turn down the role in Outer Banks?

When Stokes was offered the role in Outer Banks, he initially turned down the offer before ultimately accepting.

John B became his breakout role, making him a household name and leading him to other acting opportunities.

“The first time I got the audition it was the most bland email I’ve ever got,” Stokes told Barstool Sports’ Chicks in the Office in 2020.

“It was four friends on a treasure hunt, Netflix, and the character’s name was John B. So I was like, ‘This is f***ing Goonies. It’s a Goonies reboot.’

“I said no, I don’t want to touch a piece of iconic cinema and destroy it. I was like that’s my worst nightmare is doing a bad reboot.”

However, when Stokes was finally sent the script months later, he realized he had made a mistake.

“I read the pilot and I’m like ‘Oh my god, this is not The Goonies. I screwed this up so bad.’”

At that time, Rudy Pankow was being considered for the role of John B but was ultimately cast as the character’s best friend JJ, and Stokes landed the John B role.

Stokes started receiving death threats and negative messages on social media in March 2022 after he posted a photo with his little sister Rylie.

His followers allegedly mistook his sister for a new relationship. Their responses prompted Stokes to step back from social media.

“Get a grip. Family always comes first and at the end of the day if you don’t know my sister and have the audacity to send me horrific messages then just go ahead and click that unfollow.”

After stepping away from his social media accounts, Stokes cut his hiatus short and returned with a message to those who had forced him off.

He returned to Instagram on April 30, 2022, and said in a video on his story, “Look, I’ve had some time to think about things and I’ve come to a realization that the Internet can be a s**tty place, it can.

“But it also can be an awesome place and I’m very fortunate to have a platform of a lot of incredible people who have decided to follow along on my journey.

“You know what? I’m not gonna let the s**tty stuff be definitive of taking away those who decided to follow along and brought some joy in my life.”

Does Chase Stokes have a girlfriend?

Chase Stokes is rumored to be dating Kelsea Ballerini.

Social media activity between Chase and Kelsea has sparked rumors of a relationship between them.

On January 13, 2023, Chase uploaded an Instagram carousel post that featured a picture of him and Kelsea intimately seated together at a football game.

Kelsea commented on his post saying: “Go vols” with an emoji of a monkey covering its eyes.

A few hours later, Kelsea posted her own Instagram carousel which included one picture that she tagged Chase as the photographer.

Chase and Madelyn met in April 2019 after being cast on Outer Banks.

However, they confirmed their relationship in 2020.

They reportedly separated in December 2021.