What is Jordyn Woods’ net worth? 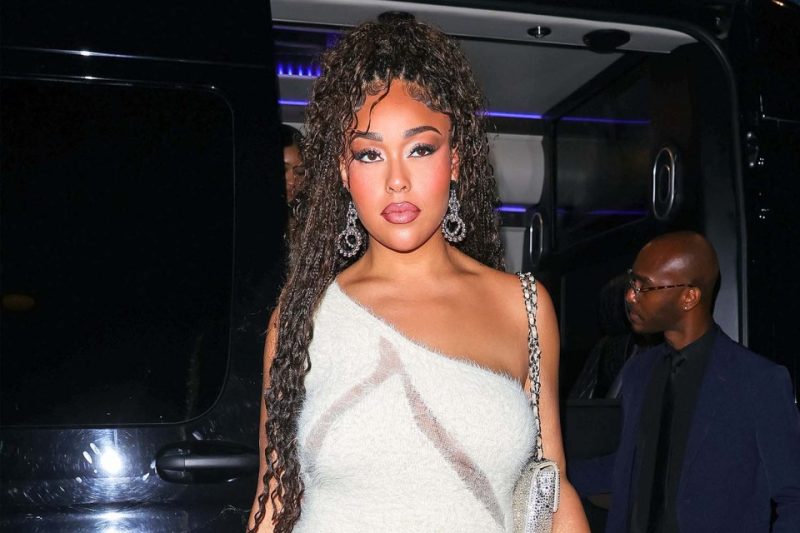 JORDYN Woods is a socialite who is a known model and previously appeared on the TV series Life of Kylie.

The 25-year-old has earned a comfortable lifestyle during her career.

Jordyn Woods is seen on January 06, 2023, in Los Angeles, California

What is Jordyn Woods’ net worth?

According to Celebrity Net Worth, Jordyn Woods has an estimated net worth of approximately $6million, as of January 2023.

Her main source of wealth is said to be the income earned from her career as a model and television personality.

She also earns income from brand endorsements and sponsorships.

Jordyn Woods starred on the E! reality show Life of Kylie in 2017 alongside former friend Kylie Jenner. The show brought fans behind the scenes for an inside look at the two former best friends’ social lives and business ventures.

In 2018, Jordyn released her activewear line called SECNDNTURE and in 2020, she also appeared as the Kangaroo on The Masked Singer.

Her career and relationship with the Kardashians have given her a fan base of over 11 million Instagram followers and over 700k Twitter followers.

What happened between Jordyn Woods and the Kardashians?

Khloe Kardashian reportedly broke up with her the father of her child, Tristan Thompson, in 2019 after he was allegedly caught cheating on her with Jordyn.

Jordyn had been living with Kylie at the time and when the scandal became public, she moved out of the house and the Kardashians cut all business ties with her.

She was removed as a model for their various brands and Kylie severed ties with her on their makeup project.

Jordyn appeared on Red Table Talk in March 2019 and denied having ever slept with Tristan, although she did admit they had kissed.

Khloe spoke with Andy Cohen in June 2021 about the alleged affair and said she forgives Jordyn.

“I don’t have any grudge against Jordyn,” the Good American founder said. “I think people make mistakes. People live and they learn. And I forgive both parties.

“How could I forgive Tristan and not Jordyn? That sounds asinine in my opinion.”

Who has Jordyn Woods dated?

Jordyn and NBA player Karl-Anthony Towns formed a close-knit friendship that eventually developed into a romantic partnership. They officially announced they were dating in September 2020 and the couple has said the Covid-19 pandemic brought them closer together.

“It just so happened, Covid came and kind of brought its challenges, and it kind of forced us to either pick where our relationship was going to go as friends or something more,” Karl told People. “And we chose the latter.”

Despite being far apart for Christmas this year, the 26-year-old basketball player found ways to surprise Jordyn with lavish gifts including a Louis Vitton jacket and a Porsche.

Between July 2017 and March 2018, Jordyn was rumored to have dated Kardashian family friend, Fai Khadra, for a few months before calling it quits.

They were photographed holding hands together before their short relationship ended.

Jordyn has also been spotted on a date with rapper Chris Brown in Studio City, California.

Rumors have also circulated that Jordyn was linked to NBA superstar Devin Booker after they were seen arriving at a bar together in West Hollywood in 2018, but the two never confirmed or denied a relationship.