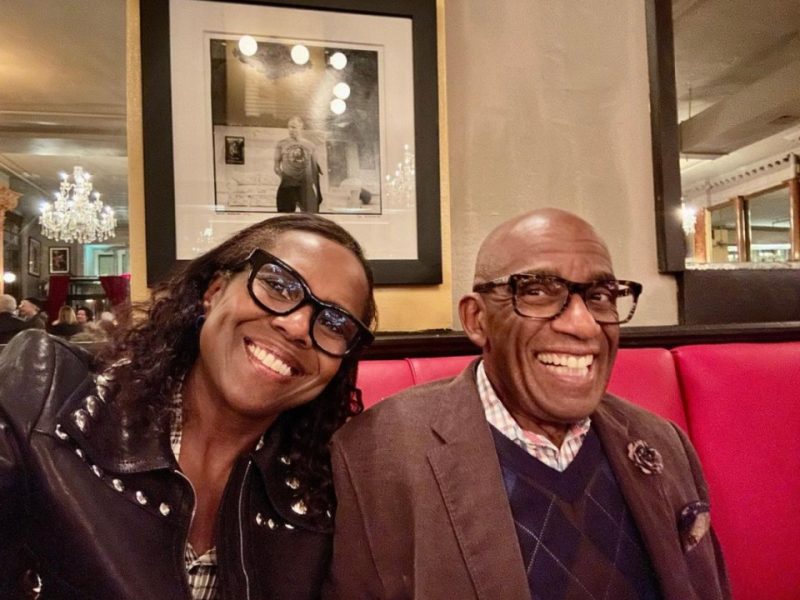 AL Roker’s wife, Deborah Roberts, has taken the Today co-host on their “first major outing” since he fell sick.

The couple went out to catch the Broadway revival of Arthur Miller’s Death of a Salesman in New York.

The duo took a snapshot with the “stellar cast,” including leading actor Wendall Pierce.

The ABC News anchor gushed: “We made it! Our first major outing in a while. And what a breathtaking night with my sweetie.”

Deborah revealed she and her husband had previously “scheduled to see this show just days before he fell ill.”

Al was previously absent from the Today show for nearly two months.

The NBC star was hospitalized twice for blood clots in his legs and lungs.

The beloved TV star was on a rough road to recovery as he tried to regain weight and strength after his hospital stays.

During the recovery process, the couple spent the holidays at their cozy upstate New York lodge with their three grown-up children: Leila, 24, Nick, 20, and Courtney, 36.

Due to his health problems, Al was missed by fans, who had not seen him in many episodes.

When Al finally returned to the morning show at the beginning of January, Deborah joined her hubby for a TV interview.

While discussing his health crisis, Deborah opened up and revealed she was afraid Al would not make it to Christmas.

She said: “Through a very scratchy voice, and he was so gaunt and exhausted.

“He said, ‘I’m going to make a Spatchcock turkey for Christmas.’”

Deborah continued: “And I didn’t know whether to burst into tears or just to beam.

“I mean, that was the moment, and will always be the moment for me, where I knew that this man…”

Al’s wife closed: “I mean, I’m sitting here hoping he’s going to make it to Christmas, and he wants to make a turkey.”

During his comeback, Al received applause from his castmates when he delivered his first weather report of the year.

After taking time off to look after her ailing partner, Deborah recently went back to work at the ABC newsroom.

The anchor returned and found herself with a busy workload as she started preparing for an upcoming 20/20 report.

Deborah smiled for the camera as she posed inside her newsroom office.

She wore a pink blazer over her black blouse.

Deborah wrote: “Getting back into the swing of things,” and added the hashtag #gratitude.

GettyAl recently went back to work on the Today show[/caption]