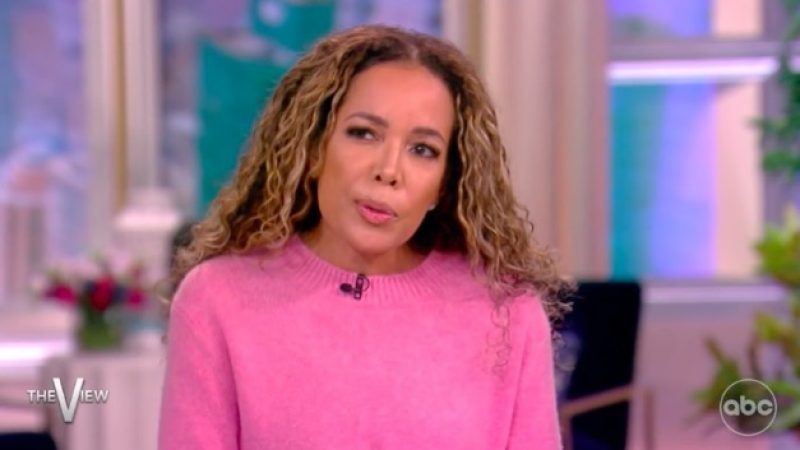 THE View’s Sunny Hostin has revealed the real cost of her recent plastic surgeries and admits that her husband, Emmanuel, was against the procedures.

During Friday’s episode of The View, co-host Sunny, 54, candidly opened up about getting plastic surgery on her breasts as well as her face.

In the broadcast fellow panelist Joy Behar, 80, ignited the conversation of cosmetic enhancements when she introduced a statistic about the top cosmetic procedures of 2022.

The ABC anchor than proceeded to delve into Sunny’s latest interview with PEOPLE, asking her to share her perspective on plastic surgery since she had discussed them with the publication.

That’s when the TV personality took the floor and explained anecdotally how her robust bosom caused her many issues, driving her straight to a plastic surgeon’s office.

Sunny explained that after she birthed her children Gabriel, 20, and Paloma, 16, her once DD-cup breasts went up to a G-cup.

On the show Sunny exposed that she had been a DD-cup since she was 16-years-old.

The mother-of-two then divulged that “for years on the show,” she’s worn a “sports bra, a minimizer and a binder all at the same time.”

Sunny elaborated that she wore all of those things so she “could wear clothing” that she was “comfortable” in.

After emphasizing the pain that her oversized chest gave her, she disclosed why she ended up prolonging getting a reduction surgery.

Apparently during a conversation with co-star Joy, Sunny had brought up that she wanted to get her bra cup size knocked down.

Though Sunny was considering to get the procedure done at the time, once Joy told her “you can die with the anesthesia, don’t do it,” she rethought it.

Joy’s statement deterred her from going through with her reductive operation for two years.

However, she made an appointment with a surgeon after having to pin her breasts down with “masking tape” to get into a White House Correspondents’ Dinner dress.

Since her husband, Emmanuel, was “against” her getting the surgery she had to hire a private nurse to “take care of her.”

“He said that he ‘didn’t want me to do it,’ [and] that I was ‘hot and sexy just like I was,’ Sunny explained, relaying her husband’s opinion.

She then said she told her husband that she “wasn’t asking for permission nor input,” because she was just “giving him information” since she had “agency” over her body.

Upon describing her doctor’s visit she motioned to her back and neck area, admitting that her surgeon asked if she wanted “to do lipo,” in those areas.

Sunny proudly said that she told her doctor to “do it all” because she’s “54” and she wanted to be given what she’s “coming to get.”

The attorney confirmed that she’s now a “C-cup,” although she “wanted “B’s,” and she got her chin done.

Sunny didn’t get her breast cup lowered below a C-cup size like she wanted since her surgeon “didn’t think that it was a good idea,” she professed.

Cutting to the chase, Joy boldly asked her how much her operation cost, to which Sunny responded: “It was over $30,000.”

She jokingly said that “she saved up for two years” because of the former GMA host’s warning.

Following her quip, she stated that she “felt better in her skin” now than she’s “ever” felt.

Sunny clarified that the reason she was being so “transparent” about her plastic surgery journey was due to celebrities not owning up to getting cosmetic work.

“The reason I’m being so honest about it, and I’m sure I’m gonna get the hate mail…[is because] I’m so tired of celebrities saying, ‘I just did intermittent fasting and healthy eating and this is how I look,” Sunny said as she mockingly imitated an unknown celebrity.