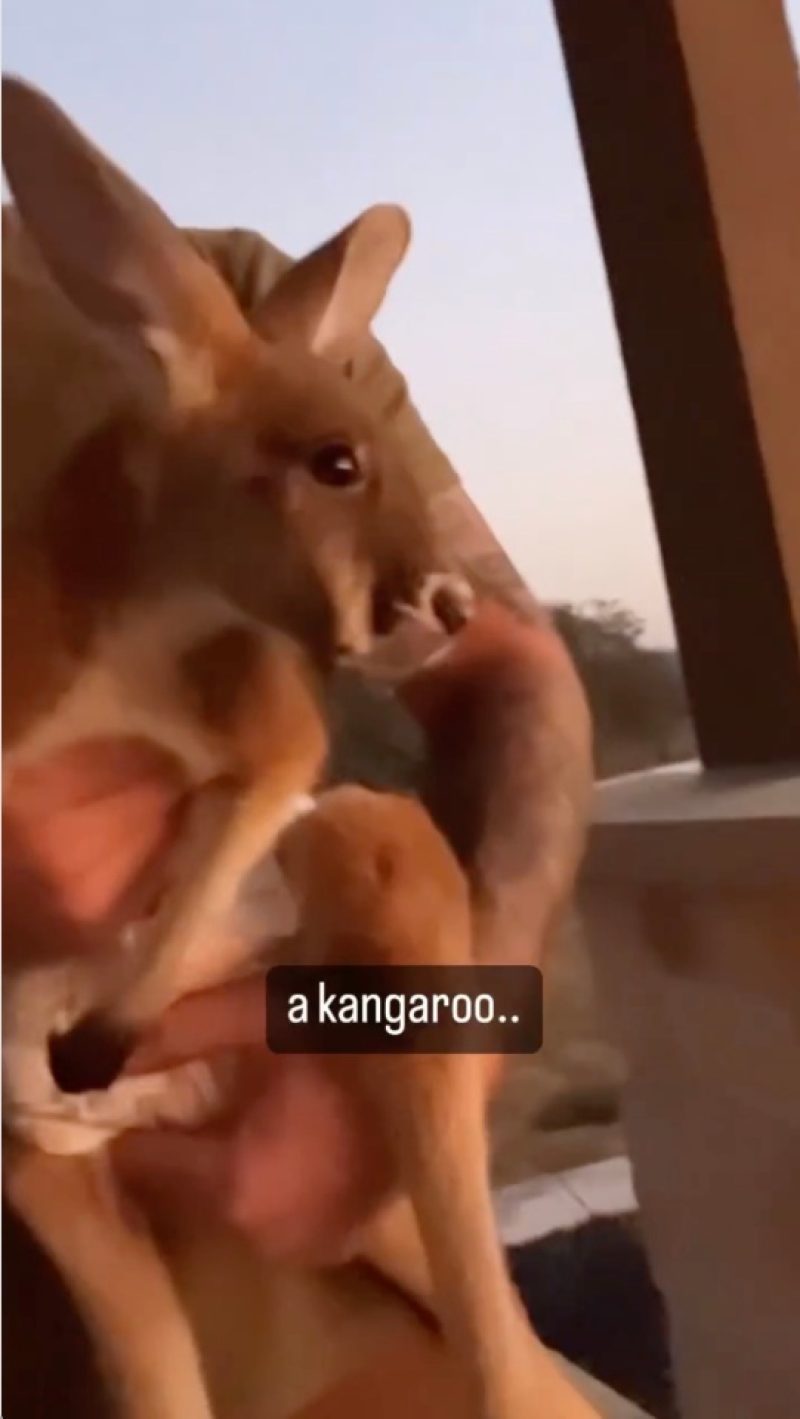 TEEN Mom stars have had some unusual pets through the years, from goats to kangaroos and more.

Farrah Abraham, Bristol Palin, and other MTV stars have shocked fans with their furry family additions.

Teen Mom fans have been tuning into the reality series for more than a decade, following along as the cast raises their children.

In that time, they’ve also been privy to watching their families grow in other ways, including the addition of pets.

Recently, Farrah revealed that she surprised her daughter Sophia with baby goats.

Fans weren’t pleased with the reveal, noting that the controversial TV star and her only child live in an apartment.

Farrah shared several photos celebrating their new pets, including one of Sophia cradling a black goat in her arms.

She wrote: “@sophialabraham got a baby goat today! Awh!!!”

She also posted a video of herself with her white coat, squealing, “Oh my gosh look at the baby goat hoof!” while holding up its hooves.

She captioned the clip: “So did I! Baby moon, new baby goat! Adorbs.”

Farrah has been accused of mistreating animals in the past and fans made similar accusations after the goat reveal.

One wrote on Reddit: “Doesn’t she live in an apartment in Austin? How is she providing housing for these poor babes?”

Another posted, “So irresponsible,” and a third raged: “Ugh. Nooooo!!! These poor animals!”

“She does NOT need animals. What about that poor pony [Farrah’s pony Starburst]? She doesn’t know the first thing and will probably cage them. Poor things,” one user added.

The U.S. Sun exclusively revealed in the past that Farrah was keeping a pair of peacocks in her apartment.

The Alaska native’s ex-husband Dakota Meyer faced major backlash after he surprised their kids with a kangaroo as a pet.

Shortly after Christmas, Bristol took to her Instagram page to share a reel where she compared the Christmas gifts she bought for her kids to the ones her ex bought them.

She displayed a snap of her three kids – Tripp, 14, Sailor, seven, and Atlee, five – standing with their presents beneath the tree.

“I just have to show you guys the Christmas I gave my kids. So nice, mellow, humble, sweet, versus the Christmas that their dad gave them,” she explained with a voiceover.

The video then switched to a clip of Bristol’s ex-husband Dakota holding a baby kangaroo.

She captioned the post: “I could never one-up this guy.”

Fans flocked to the comments to share their reactions, with one writing: “Not impressed.

“Wild animals should be left in the wild.”

“I was like WTH where do you even buy a kangaroo and is it legal????” a second commented.

A third complained: “The kangaroo is cute now but when it grows up, wow, where would you keep it?

“That’s not a household pet! How do you potty train a full-grown kangaroo? I like Dakota but wow.”

“What on earth are they going to do with a wild animal as a pet?! It’s cute now while it’s little but once it gets big,” a fifth slammed.

“Cringe. I give it a few months,” a final agreed.

Chelsea Houska has always had a wide array of pets.

During her time on Teen Mom, the star and her then-boyfriend Cole Deboer brought a pet pig into their lives.

Since moving into their massive South Dakota mansion, the pair have started a veritable farm.

They have goats, pigs, highland cows, and more.

In 2022, she shared a sweet snap of her kids enjoying time with the goats.

A year prior, she showed off their one-eyed cat, which her daughter Aubree was playing with.

Instagram / Down Home DeBoersShe and Cole DeBoer have cows, goats, pigs, and more[/caption]