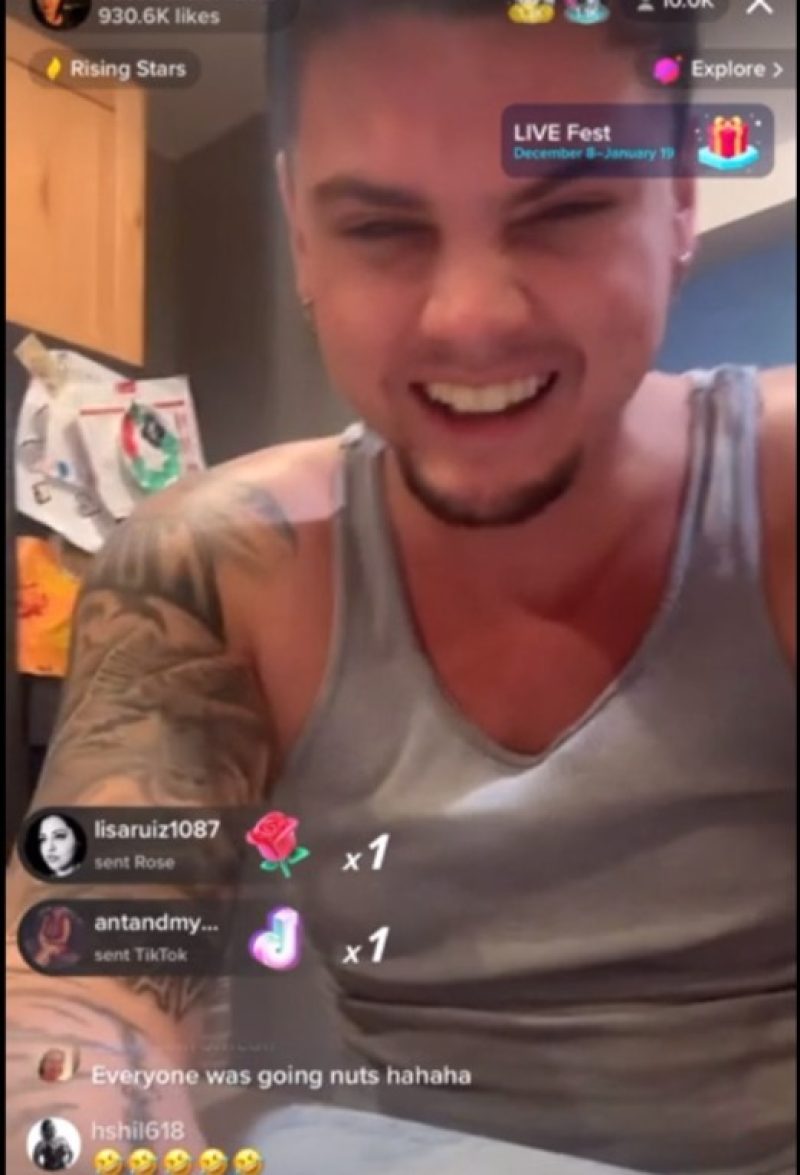 In this particular moment of the live stream, Tyler addressed the rumor that he and Catelynn are in an open relationship after they had previously made jokes about it.

Fans in the comment section of the live stream asked if the Teen Mom couple was really in an open relationship.

He responded: “We were kidding! We don’t have an open relationship,” and started laughing.

He then called back to Catelynn and said: “Babe they thought … no we don’t have an open relationship!”

Catelynn replied: “Oh, they were serious?!”

One user said: “I actually believe the open relationship thing.”

Another wrote: “Lmaooo it’s funny until Tyler actually finds someone he wants to be ‘open’ with.”

A third chimed in: “He says s*** like this because he low-key wants it to be open. They can pretend to be happy all they want but we’ve all seen how he talks about her to his mom.”

Someone else said: “He wants to have an open relationship or divorce so bad!”

NOT OPEN, BUT THEY’RE CLOSE

Tyler and Catelynn might not be in an open relationship, but they share their sexual energy with the world.

Tyler posts thirst traps all the time, and Catelynn posts sexy pictures of Tyler too.

Even worse, Tyler is well known for posting pictures of his bulge on social media.

During recent home renovations, he posted a blatantly sexual photo of a copper pipe with his bulge casually at the bottom of the photo.

After seeing the video, a critic wrote: “Tyler needs so much attention that it makes me feel sorry for his wife and kids.”

Catelynn has even tried to get Tyler to create a NSFW OnlyFans account.

Instagram / @tylerbaltierramtvOn the other hand, fans on Reddit think it’s only a matter of time before they decide to open their marriage[/caption]