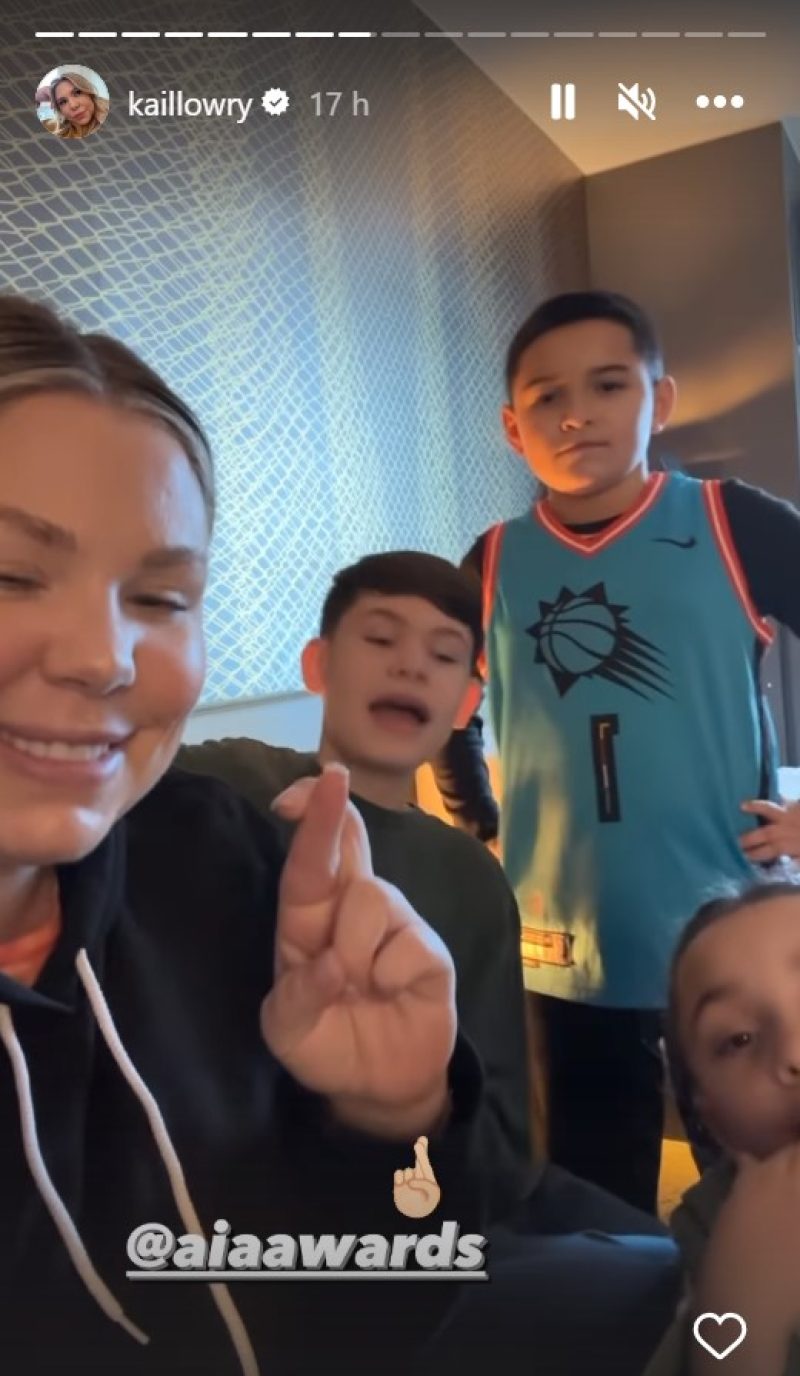 TEEN Mom Kailyn Lowry has revealed a sad setback to her podcast career in her new video.

Kailyn, 30, revealed the results of the 2022 American Influencer Awards.

instagram/@kaillowryKailyn Lowry appeared in a new video with her sons Isaac, Lincoln, and Lux[/caption]

At first, the Teen Mom 2 alum appeared excited that her Coffee Convos podcast was nominated for the Podcaster Of The Year award.

In an Instagram Story, she asked her three children – Isaac, 12; Lincoln, nine; and Lux, five – if they had any “final thoughts.”

While his brothers crossed their fingers for good luck, the eldest child, Isaac, shouted: “I’m very proud of you! I know you’re going win!”

Unfortunately, in the following Story, Kailyn revealed she had lost the Podcaster Of The Year award to Zane and Heath: Unfiltered.

She mentioned: “Hopefully, next year we’ll come home with some kind of award for Coffee Convos.”

Isaac tried to cheer his mother up as he yelled: “Yeah!”

The podcast host concluded: “We’re going to have good energy in 2023.

“We’re going to come back better than ever for the awards next year and it’ll be fine.”

Isaac shook his head and agreed with his mother.

Kailyn had her tweenager, Isaac, with her ex Jo Rivera, who is married to Vee Torres, 31.

The MTV mom shares son Lincoln with her ex-husband, Javi Marroquin, and kids Lux and Creed, two, with another ex, Chris Lopez.

She is currently in a relationship with her boyfriend, Elijah Scott, 24.

Amid their romance, fans have speculated that the Teen Mom star is pregnant with her fifth child.

Back in October 2022, The U.S. Sun obtained exclusive photos of Kailyn and Elijah shopping at Target and Hobby Lobby.

In the images, the TV star wore a baggy T-shirt with black leggings as if she were covering her stomach with the oversized top.

For months, the mother-of-four has been keeping her stomach hidden from view.

She has used her kids as a barrier between her and the camera.

Kailyn has not confirmed or denied whether she is pregnant with her boyfriend, Elijah.

Although Kailyn has dodged questions about her supposed pregnancy for months, fans have theorized that she has already given birth.

Recently, the TV personality flaunted her slim figure in a new mirror selfie.

She wore a blue graphic tee shirt with black leggings and had on a pair of Nike sneakers.

Although Kailyn covered her face with the phone, she showed off her wavy blonde hair instead.

Kailyn appeared much thinner but has yet to address the weight loss rumors.