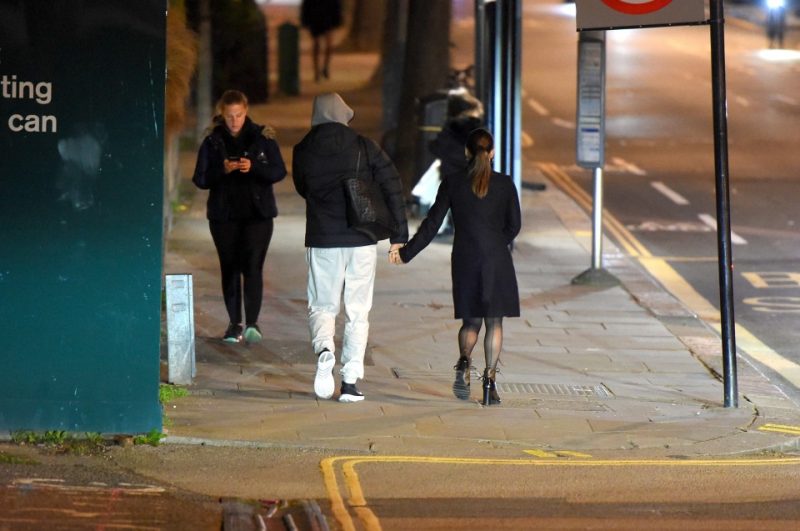 STRICTLY stars Giovanni Pernice and Jowita Przystał hold hands on a date — in images that will leave Hamza Yassin heartbroken.

The Sun on Sunday exclusively revealed last month how the TV wildlife host, 32, had become “besotted” with his dance partner, 28.

But he was devastated to learn she had grown close to fellow pro Giovanni, also 32, after they danced together on the BBC ballroom show.

And our exclusive pictures show the loved-up pair heading home after a date in West London — in the clearest sign yet that they are a couple.

The duo, who enjoyed a steamy embrace during a pro number in Strictly’s week four results show, were dressed casually for their meal on Friday.

Jowita wore black with her brown hair pulled back in a ponytail while Giovanni — who this week launched a BBC travel series with Anton Du Beke — was relaxed in a hoodie, tracksuit bottoms and trainers.

An onlooker said: “They seemed to be very much a couple, they were holding hands and talking to each other very closely as they walked. From their casual clothes, it didn’t seem to be a first date either.

“They looked very happy and comfortable in each other’s company.”

Jowita shot to fame when she won The Greatest Dancer in 2020 with then partner Michael Danilczuk.

She joined Strictly a year later, but was not partnered with a star in her debut series.

Last year, The Sun on Sunday revealed she and Michael had split.

She made history months later by becoming the first professional dancer to win the show in her first year paired with a celebrity.

The win came after she developed a “very close” bond with CBBC favourite Hamza — which sources say led him to hope for a relationship.

After their glitterball win, he paid an emotional tribute to the brunette, calling her an “angel disguised as a human being, a ray of sunshine”.

Reunited with her on The One Show this year, he said he’d hold her hand every week to get through the tough public vote.

They were said to be “very touchy feely” and would often sneak off into corners.

But a second source told how Jowita only ever saw a platonic relationship with him.

They said: “While the pair of them were very close — and he was besotted with her — the romantic attraction was much more on her side than his. He was obviously hoping for a relationship.

“But those hopes were rocked when the news broke that Giovanni and Jowita had grown close. And these pics will dash them completely.”

The Sun revealed last month that the pro duo were secretly dating and had been inseparable for weeks.

Meanwhile, The Sun revealed last week that Hamza appears to have unfollowed Giovanni on the site.

Giovanni, one of the show’s most popular pros, has previously dated ex contestants Corrie actress Georgia May Foote,

He lifted the glitterball trophy in 2021 with actress Rose Ayling-Ellis.