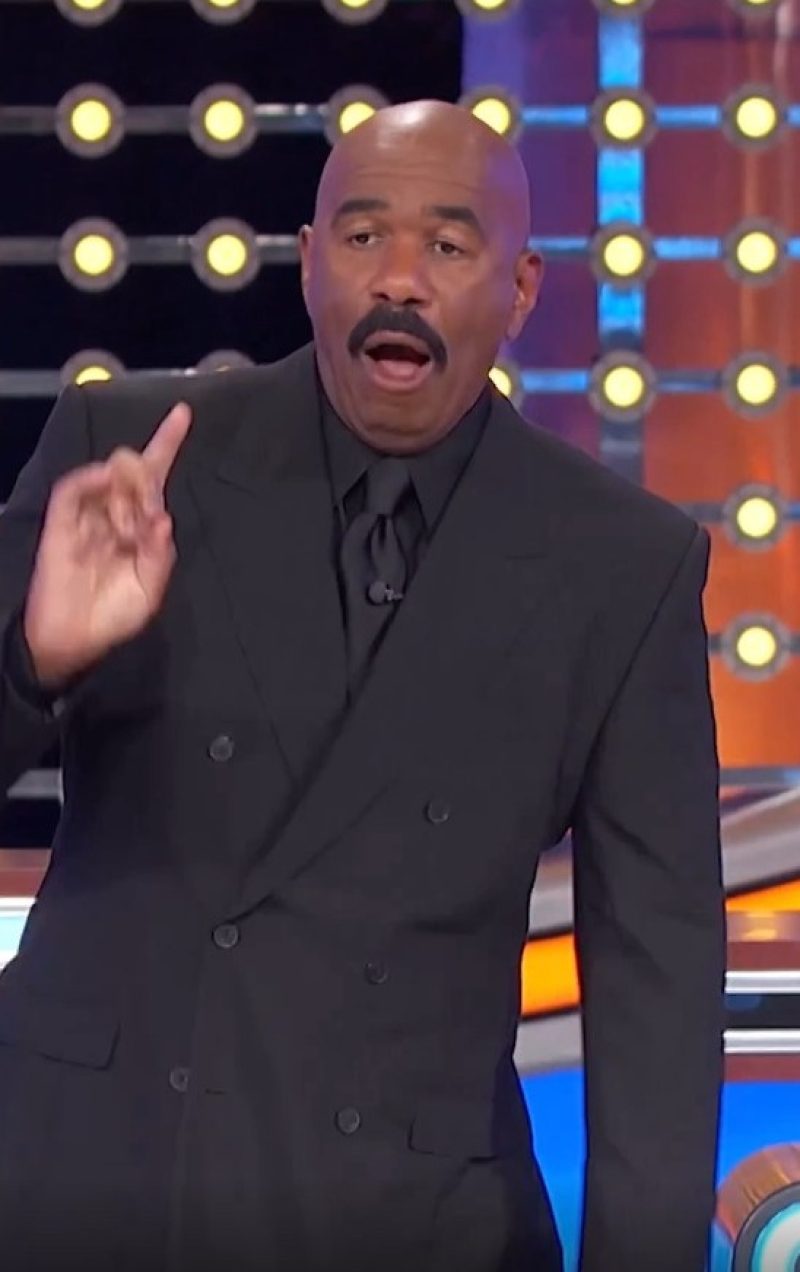 During the most recent installment, the Family Feud host had to reveal something personal from his life.

GettySteve posed with his wife Marjorie Harvey at an event[/caption]

The bewildered comedian read off the card: “Name something you think Steve Harvey spends a lot of money on.”

Steve, 65, agreed and shouted: “Yes! That should be the number one answer!”

Among the correct answers, the board claimed the host spends his wealth on “suits, wife, and women.”

Steve waved his hand off and corrected the board: “Oh no! Not women! Majorie!”

After tying the knot twice before, the TV star has been married to his third wife, Marjorie Elaine Harvey, since 2007.

In the comments section, viewers claimed Steve’s voice trembled when he nervously gave a shout-out to his wife.

One fan jokingly said: “You can hear a small amount of fear in that voice at the end.”

Another fan added: “Family Feud trying to get Steve in trouble.”

A third fan mentioned: “Steve had to clear that up real quick. HaHa. He’s a good man.”

A fourth person wrote: “He better correct the board or Marjorie will be roasting him!

A commentator chimed in: “Steve Harvey using this question to let Marjorie know that he is spoiling you,” along with laughing emojis.

Back in 2013, the TV personality opened up about his relationship with Majorie in an interview with Good Housekeeping.

He said: “I married a person who was already happy, and I’m innately happy.

“So we don’t have to make each other happy; we can just complement each other’s happiness.”

Steve closed: “I don’t bring up exes. I don’t remember them or have any fond memories.

“I didn’t know anything until my wife came along.”

In addition to his two daughters with Marjorie, Steve’s children include Karli, Brandi, Broderick, Wynton, and Jason from his previous marriages.

This is not the first time the Family Feud host has shot down an answer to an inappropriate question.

Steve could not believe a contestant’s answer when he asked: “Name something a wife would hate to hear her husband did to the nanny’s fanny.”

The TV star seemed confused, mouthed: “Huh?” and walked away.

The female contestant put their head down on the desk and laughed at her own naughty joke.

Steve hilariously pulled up his pants and let out a huge sigh.

Unfortunately, the board showed that her answer was not correct.