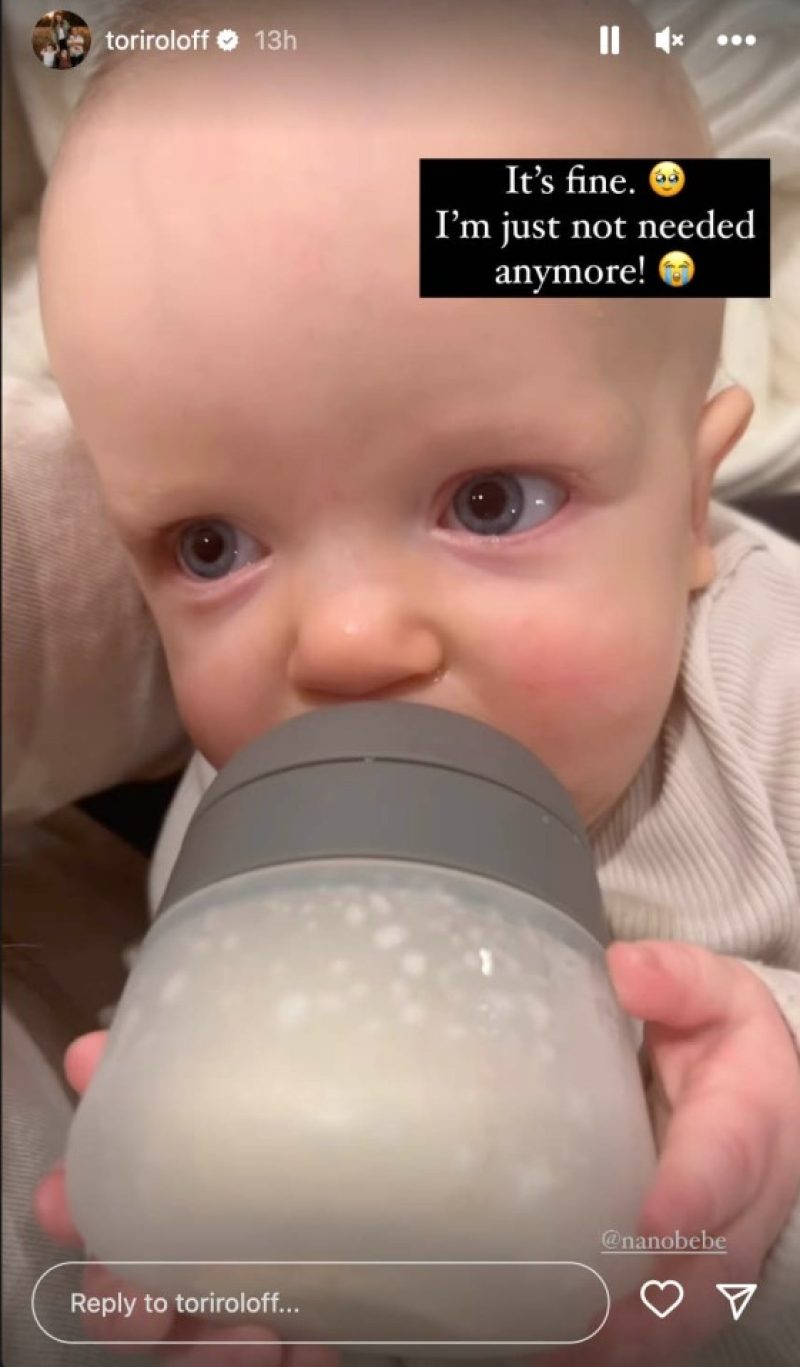 LITTLE People, Big World’s Tori Roloff has tearfully admitted that she doesn’t believe she is needed as much these days.

Tori, 31, revealed how her eight-month-old newborn, Josiah, is becoming a growing boy.

Little People, Big World’s Tori Roloff filmed her baby boy Josiah while he was holding his own bottle in a new clipInstagram/@toriroloffInstagram/Tori RoloffHowever, Tori also had a sad caption to go along with the clip[/caption]

In an Instagram Story, the LPBW star shared footage of baby Josiah drinking from his milk bottle.

“I’m not needed anymore!” she added along with a crying emoji.

This is not the first time Tori became emotional over something her baby boy accomplished.

She uploaded an adorable photo of her son lying on a mat.

The mat also had the 12 numbers of the months written on the front.

Josiah smiled as he sat down on the number eight.

Tori wrote: “This kid’s smile can light up a room! He is so social and loves anyone that will chat with him! He has been so much fun this month!”

She continued: “We are consistently sleeping 12 hours! Praise Jesus. Josiah turned away with no food and had learned to yell for it when he was hungry. Si is rolling and scooting everywhere!

“Josiah loved his first Christmas and enjoyed all the leftover wrapping paper most!”

The mom-of-three concluded: “It makes me emotional thinking how much I stinking love this kid and grow more and more in love with him every day! Love ya, si guy!”

Unfortunately, not everything has been rosy between the reality star and her third child.

Tori previously mentioned she was having a hard time with Josiah.

The star revealed: “Today has been unbelievably hard.

“Zach has gifted me with sleeping alone tonight, and all I can do is look at pictures of my kids,” she added referring to her husband.

Along with Josiah, Tori and her husband, Zach Roloff, 32, are the parents of Jackson, five, and three-year-old daughter Lilah.

Recently, the TV personality also shared a sweet clip of Lilah from her dance class.

While stepping around in ballet slippers, Lilah wore a light pink leotard and had a white bow in her hair.

Keeping up with the lessons, the toddler followed her teacher’s instructions as she clapped her hands and pointed her toes.

Zacha and Tori’s only daughter started studying ballet in December 2022 after being inspired by a family trip to The Nutcracker.