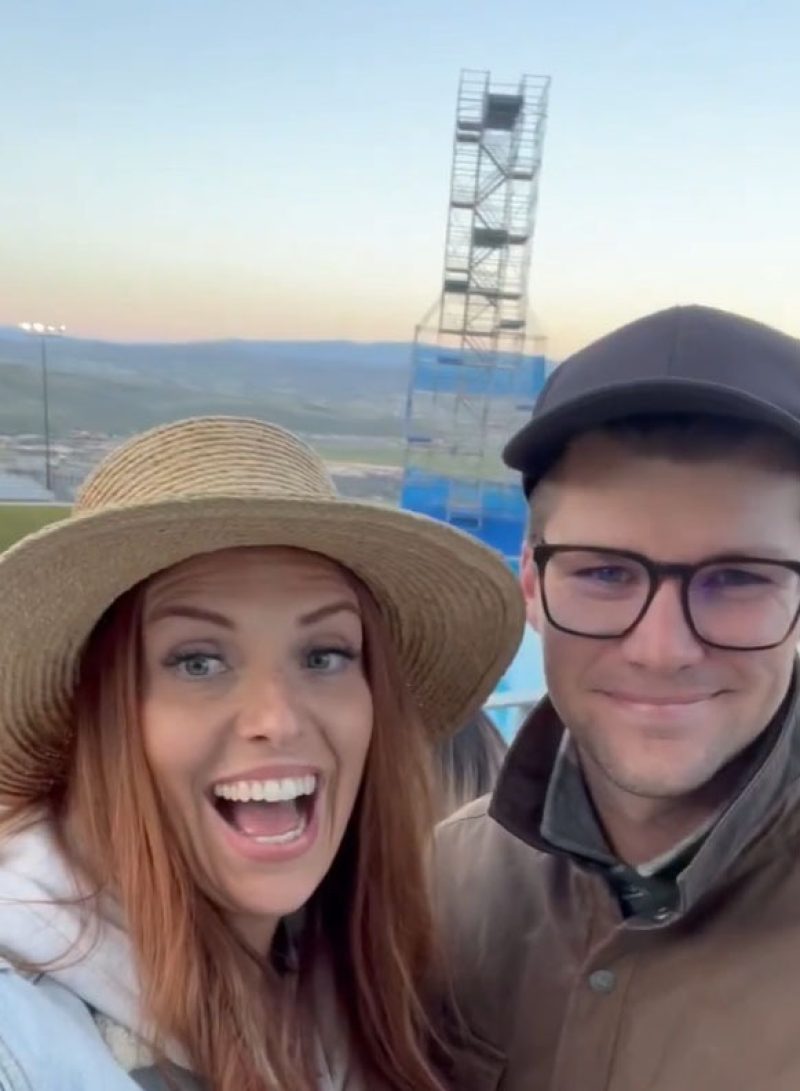 AUDREY Roloff has been slammed after posting “private pictures” of her husband Jeremy with her 1million followers.

The Little People star, 31, came under fire after sneakily taking the snaps as he slept before sharing them online.

She regularly uploads images and videos to her Instagram of the Roloff clan, giving fans an intimate look into her life.

But it seems nothing is sacred in the family’s Oregon farmhouse – including Jeremy‘s sleeping habits.

Audrey shared a post to her Instagram story on Friday showing the father-of-three sneaking in a quick snooze.

He cozied up to their new kitten Aspen, who adorably mirrored his owner’s position for the catnap.

An exhausted Jeremy was seen resting his head on a white pillow as he caught up on his sleep.

Despite some people swooning over the sweet snap, others were stunned that Audrey had uploaded the “personal” pic.

The TLC star herself even admitted she had intruded on her husband’s privacy in the caption of the post.

She wrote: “Sorry Jer,” alongside a grinning emoji.

Audrey continued: “But this little arm rest was too cute last night.”

Social media users were left shocked that she would share snaps of Jeremy while he was sleeping.

One fumed: “Woah, massive invasion of privacy. Taking pics when sleeping, in the bathroom etc, you just don’t do.”

A second wrote: “Can you imagine not being able to sleep in your own home thinking your wife is sharing pictures with the world?”

Another said: “Why do people do this? Is this to be cute?

“I would smack someone if they took and posted these photos of myself! Ha!”

A fourth added: “I couldn’t imagine being married to someone who doesn’t respect your privacy.

“At any moment you could be put on display for a million followers.”

And a fifth chimed in: “Oof that’s such an invasion of privacy.

“I’d be furious if my husband did that to me and likewise. It’s just very inconsiderate.”

The mom previously claimed she was considering taking a break from social media to escape the backlash she faced in December.

Just days ago she was again criticized after uploading an “overly filtered” clip of her youngest child, Radley, 1.

In March last year, Audrey was once again ripped for “filtering and editing” all her social media posts as fans compared the snaps to her “natural” look.