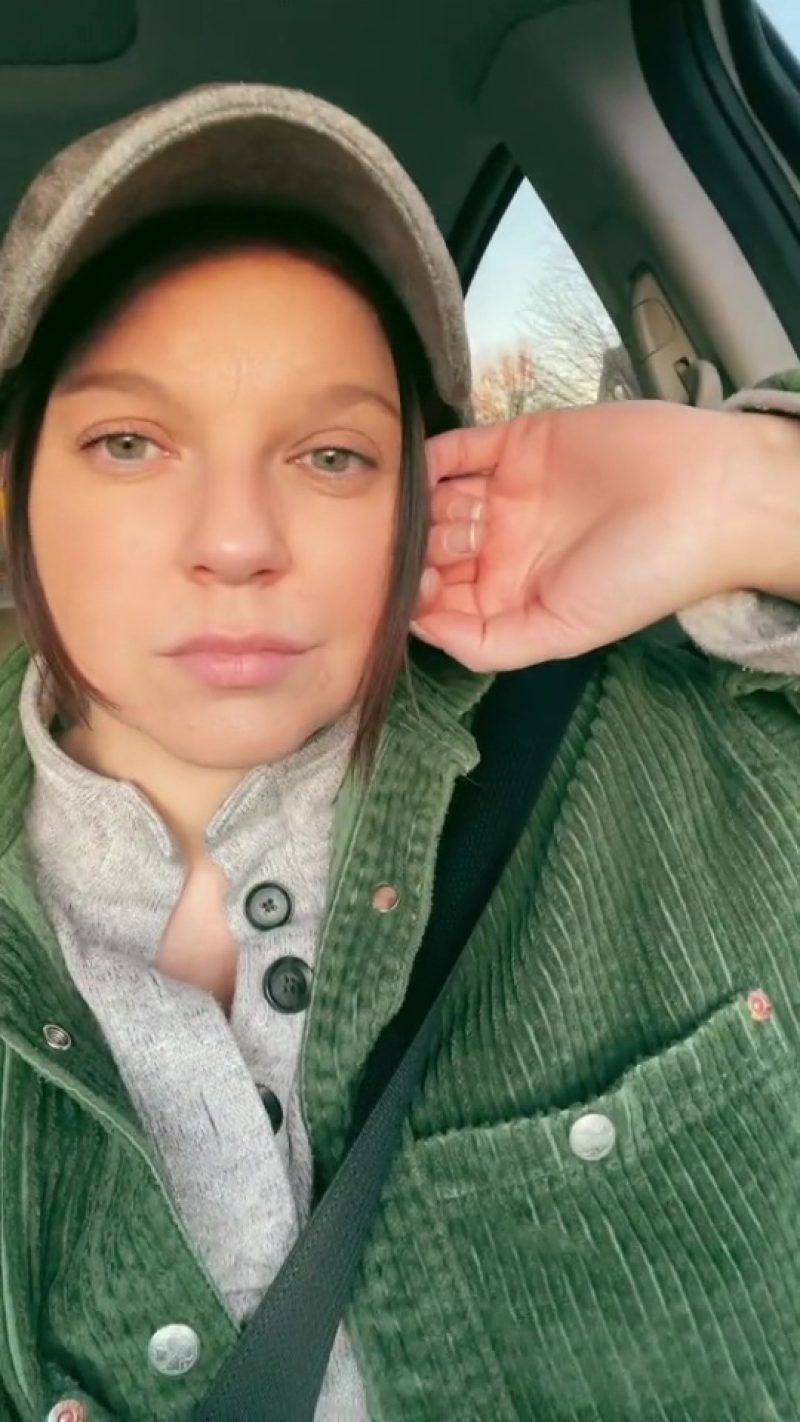 AMY Duggar has revealed where she stands with her cousins while shading her famous family in a new post.

The 36-year-old took to her Instagram Stories to share a question she received from a fan regarding her family dynamic.

InstagramAmy said that she’s ‘selective’ with who she associates with, though she is very close with her cousin Jill[/caption]

The post showed a screenshot of the direct message, which asked: “Do you talk to any of your cousins besides Jill?”

Amy has a tight bond with fellow rebel Duggar, Jill, 31, and even attended the mom-of-three’s baby shower over the summer.

However, she’s rarely seen with her uncle Jim Bob and aunt Michelle‘s other 18 children, and there’s a reason why.

Amy responded by stating that she’s “selective” about which family members she associates with.

“I do! But I am selective though,” she admitted.

“What matters the most to me is that I’m surrounded with genuine caring people. Sometimes friends become family,” she explained.

Amy has been vocal about being against her family’s strict Christian lifestyle – from wearing a more revealing wardrobe to her more laid-back parenting style.

The mom-of-one recently took aim at her family’s extreme beliefs with some intense accusations on TikTok.

She wrote over her video of a Cabbage Patch Kids doll last weekend: “The IBLP teach some questionable practices. Including this weird idea.

“Back when Cabbage Patch dolls were popular it was a rule you couldn’t bring one home.

“Because they were filled with demons. No joke. They were considered very sinful. Dolls.”

She captioned the shocking upload: “Let’s try this again… this is what people in the IBLP still believe. I will speak truth about how I feel about this cult.”

IBLP is a non-denominational Christian organization that serves as an umbrella organization for several ministries.

The IBLP, which has been described as a cult per the New York Post, was established by American Christian minister Bill Gothard.

The controversial family has “attended and promoted IBLP events on and off camera,” per NBC.

Jim Bob, 57, and Michelle, 56, are regular speakers at its conferences and have said Gothard’s teachings “changed our lives,” per the outlet.

Modest clothing and limited influences from the outside world are part of the group’s teachings.

Amy, who boasts 106k followers on TikTok, has previously used the platform to hit out at the Duggars.

Her bio on TikTok reads: “The ‘crazy’ Duggar cousin turned out to be… normal.”

In particular, Amy has criticized her cousin, Josh‘s wife, Anna, for standing by her husband, who is serving 12 years in prison for child pornography crimes.

“This family always seemed perfect and they’re not and they’re hiding things,” Amy raged in an exclusive interview with The U.S. Sun last year.

“That’s not something I want to be a part of. That’s not healthy. That’s not anything I need to be known for or around.”

Amy has revealed she was considered the “wild child” growing up for wearing jeans, which Jim Bob and Michelle forbid their children to do.

“I was extremely known as the black sheep. They would never say black sheep, but I was like the wild cousin,” she told The U.S. Sun.

Josh’s scandal has caused Amy to distance herself even more from the Counting On alums, instead focusing on her online clothing store Thirty1Thirty, and life with her husband, Dillon King, and their 3-year-old son, Daxton.

Amy has been vocal about her opposing beliefs to her uncle Jim Bob and aunt Michelle DuggarDuggarfamilyblog.cominstagram/amyrachellekingShe’s been distancing herself from the Duggar clan and focusing on life with her husband, Dillon, and their son, Daxton[/caption]