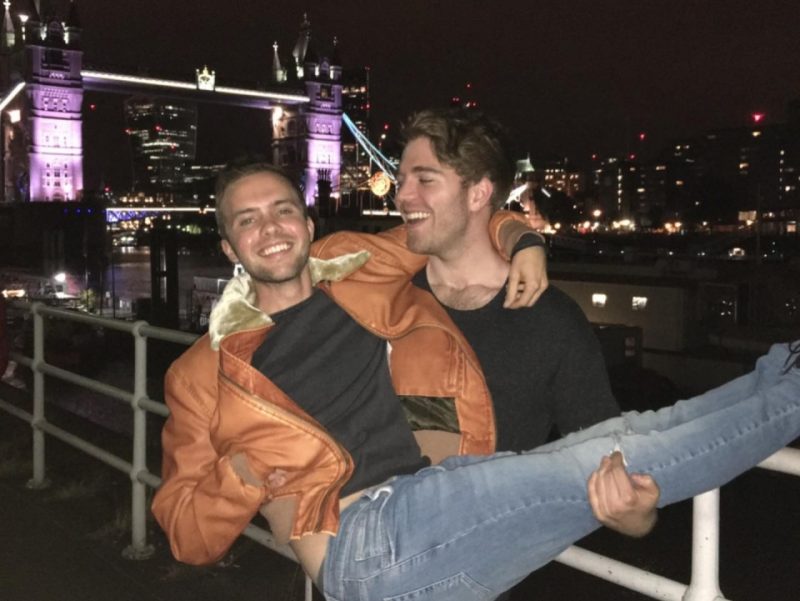 A FAMOUS YouTube couple has shared a sweet video about tying the knot seven years after they first got together.

Ryland Adams and Shane Dawson detailed the evolution of their relationship after they sealed the deal in a way that neither of them expected.

The video begins with Ryland announcing that the two will be headed back to California the following day and need to do some things in preparation.

The camera then pans to Shane who excitedly prances around the kitchen and sings: “Big news!

“The first piece of big news is I got my voice back.

Initially, the couple went through all of the ins and outs of wedding planning.

However, they ultimately decided to head to a Colorado court house and get a marriage license.

After reminiscing on where their relationship started, the pair changed out of their pajamas and headed to the court house.

There, they held back laughter as they read their legal vows in unison.

The signing of various documents came next, before an employee finally rang the bell to signify their union.

“Oh my gosh, you know what I just realized? I can call you my husband,” Shane gushed as the two walked back to their car.

News of their marriage comes after the pair announced that they chose an egg donor.

Shane references the couple’s soon-to-be baby as they leave for California the day after their court house debut.

“I was just thinking that the next time we come back here, we’ll have a baby, but we won’t.

The video ends with Ryland reading a sweet note he wrote in 2015 about his desire to find love.

“One aspect I’m missing in my life is love,” it reads.

Dawson is a YouTube personality who lives in Los Angeles, California.