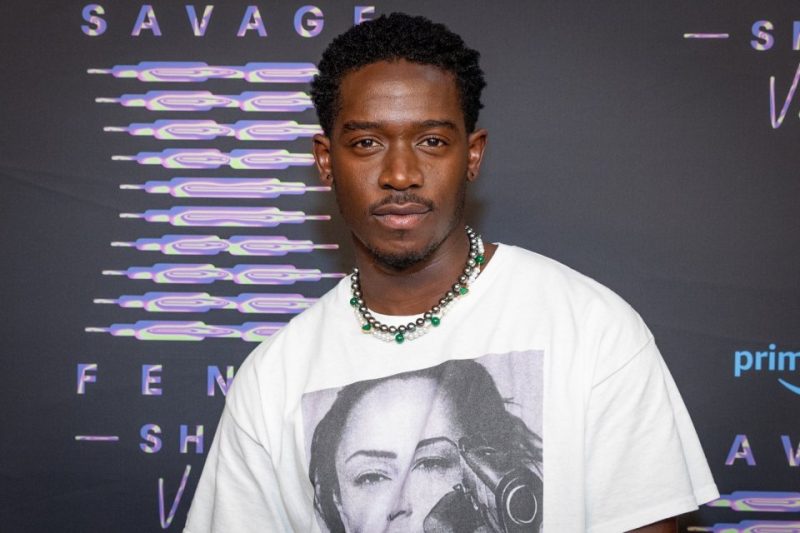 ACTOR, Damson Idris, tends to keep his personal life out of the spotlight.

However, on January 13, 2023, he took to Instagram to make his relationship with Steve Harvey’s daughter official.

Idris was born in London on September 2, 1991, and is of Nigerian descent.

According to his IMDb bio, although he had a natural talent for the arts, “His dream nonetheless was to become a professional football player.

“He also played rugby and in 2002 he shook the hand of Queen Elizabeth II when his team took part in her Golden Jubilee. It wasn’t until a knee injury that he began to seriously consider a career in acting.”

Idris went on to graduate from Brunel university in England, where he studied Theatre, Film & Television Studies and attained a BA Honours degree.

The aspiring actor also went on to train at the Identity School of Acting.

What has Damson Idris starred in?

After getting his start in theatre, Idris moved on to the small screen.

He is well-known for his breakout role as Franklin Saint in the FX crime drama, Snowfall, which debuted in July 2017.

However, his first leading role in a movie was in 2018 in the autobiographical, Farming, where he played Enitan.

His latest lead work includes Netflix’s action sci-fi film, Outside the Wire which premiered in 2021.

Who has Lori Harvey previously been linked to?

However, her longest relationship – and most recent – was with 35-year-old Black Panther star, Michael B Jordan.

The pair made it official in early January 2021 but split up in early June 2022 after over a year of dating.

A source told PEOPLE that the reason behind their separation including Harvey not being ready to “commit.”

“[She] wasn’t ready to commit. She is very focused on her career. [She] realized that they weren’t on the same page [while they] were making plans for their future.”