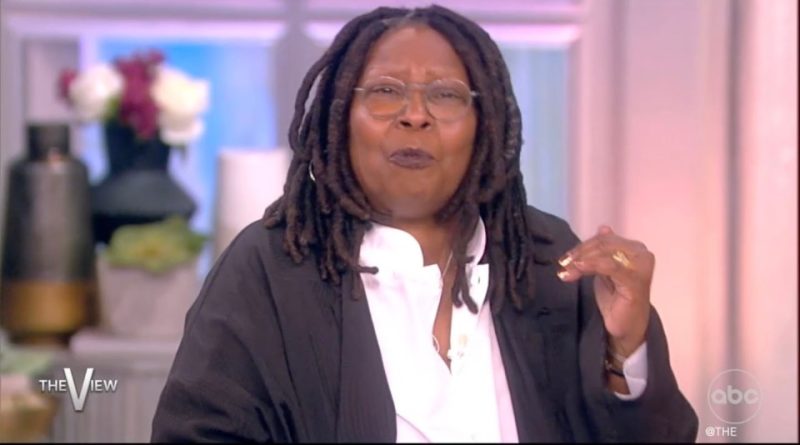 THE View host Whoopi Goldberg has stood up in her seat on live TV during a heated moment.

On Thursday’s show, the women of the View talked with TV host and comedian Chelsea Handler about hosting the Critics Choice Awards and more.

ABCShe stood up and yelled, ‘The answer is no!’, after people kept asking if Chelsea wanted kids[/caption]

Chelsea gave her opinion on whether or not George Santos should resign, along with Elon Musk running Twitter.

Then, the women talked about her and her career, including being a guest host for The Daily Show.

Sunny Hostin then talked about the comedy skit they showed at the beginning of the segment and how Chelsea talked about how some mothers shouldn’t have had children.

Chelsea then went on to say that she is “unapologetic” about not having kids and think more women should stand up about them being “childless by choice.”

They then talked about how older women can still have children, but Chelsea said she had the opportunity and said no.

“The bottom line is Chelsea Handler doesn’t want any kids and why are you making it your business to ask her about it?”

She continued: “Ask her how she is. Ask her how the dogs are. Don’t ask her if she wants kids.”

Whoopi then stood up in her seat and leaned over the desk and said: “The answer is NO!”

The panel and Chelsea laughed before moving on to the next topic.

On the same episode, right before the show went to commercial and before Chelsea came out, Whoopi said how grateful she was to have the job she does.

Many fans wanted her off of the show after insulting comments.

She discussed her role as Miss Willa on the series Godfather of Harlem.

She joked: “I like to have some fun sometimes, I’m happy to be doing that.”

Co-host Joy Behar asked “Is this not fun for you?” as she referred to Whoopi’s role on The View.

Despite defending their guests, Whoopi has made fun of her co-hosts while on air.

Earlier this week, she and her co-hosts mocked Joy for her outfit.

They thought she looked like Beetlejuice and Cruella de Vil.

The women walked out from behind stage and waved to the audience.

As the women all sat down at the desk, Whoopi tried not to laugh as she looked over at Joy.

The 80-year-old wore black pants and a black shirt with a black and white striped blazer.

“Joy,” Whoopi said, as they both laughed.

“Didn’t you try to sell me some sneakers?” Whoopi asked. “At Foot Locker.”

The moderator was referring to the black-and-white striped uniform the employees wear at the shoe store.

Joy’s jacket had pointy shoulders, like one would see on a football player.

“I don’t know how anyone can see your shoulders through the stripes,” Sara said.

Alyssa Farah Griffin chimed in at the end: “I was thinking Cruella de Vil.”

ABCChelsea said that she is 47 and has had the opportunity, but just didn’t want any[/caption]