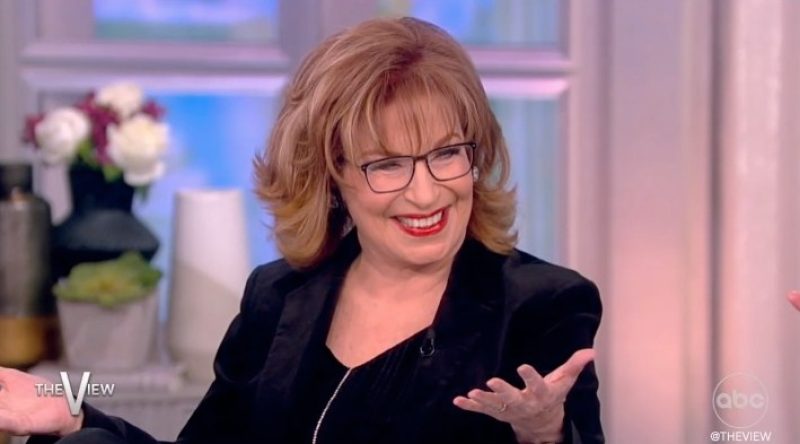 THE View fans have been unable to get enough of Joy Behar’s shoes from Friday’s broadcast.

The 80-year-old TV star has sported a pair of Gucci boots on the talk show and made sure to give everyone a good look at them by throwing her feet on the hosts’ table.

Viewers at home quickly noticed Joy’s sexy footwear when she first walked out on set at the start of the show.

Some begged on social media for her to give them a better look at the shoes.

Much to their excitement, the View host decided to do just that later on in the broadcast.

“Look at these boots!” She said excitedly as she used her hands on the table to give her some momentum to lift one leg up and throw her foot on the table.

The in-studio audience cheered as Joy’s co-hosts oohed and aahed over the star’s heeled booties.

Fans at home appreciated the fashionable footwear, as well, with one tweeting: “I was peepin those boots Joy!!”

Another said: “@JoyVBehar rocking those boots”

A third wrote: “Look at Joy showing off her Gucci boots.”

Joy proudly showing off her footwear comes just one day after she was mocked for a previous look she’d sported on the show.

On Thursday, as the hosts all sat down at the desk, Whoopi Goldberg tried not to laugh as she looked over at Joy.

The 80-year-old wore black pants, a black shirt, and a black and white striped blazer.

“Joy,” the moderator simply said, as they both laughed.

“Didn’t you try to sell me some sneakers?” Whoopi teasingly asked. “At Foot Locker.”

The moderator was referring to the black-and-white striped uniform the employees wear at the shoe store.

Joy’s jacket had padded shoulders, like one would see on a football player.

“I don’t know how anyone can see your shoulders through the stripes,” Sara shot back.

Alyssa Farah Griffin chimed in at the end, telling everyone: “I was thinking Cruella de Vil.”

ABCMeanwhile, Joy had been mocked by her co-hosts over her fashion on the show just the day before, as she wore a black-and-white striped blazer[/caption]