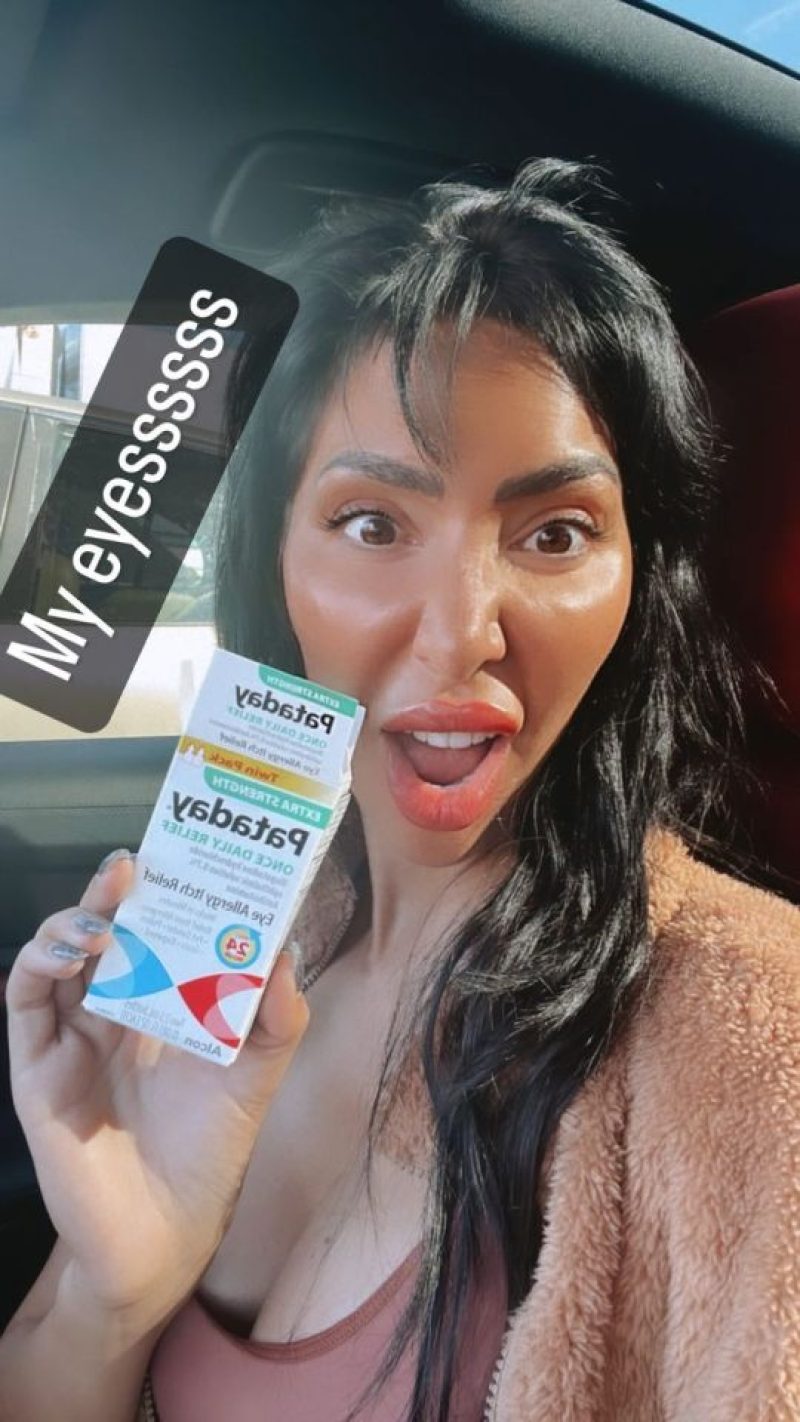 FARRAH Abraham has posted new photos that prompted major concern from her fans.

Farrah posted some new and casual selfies on her Instagram stories showing off her large pout.

In the photos, the Teen Mom is wearing a tight clay-colored tank top with a camel-colored teddy bear vest on top.

Her brick-red lipstick popped on her very tanned skin as she puckered for the camera.

The first photo was a selfie of Farrah holding a bottle of allergy itch-relief drops for her eyes. She has her mouth open with an aggressive facial expression in the photo.

The second photo is comprised of three different selfies. All of the photos are at different angles with varied facial expressions.

A fan took a screenshot of Farrah’s stories and posted them on a Reddit thread. Fans who saw the photos became concerned about the young mom.

A fan wrote: “My heart wants to see her rise above, get real help, and like…function within the natural realm of existence with other humans.”

Another said: “This is sooo sad. She used to be such a pretty girl.”

Someone else wrote: “I’m so intrigued by how she will look once she’s older. I don’t think there’s any undoing what she’s done at this point.”

One fan thought: “She was gorgeous before all that surgery. I always thought she was the prettiest on the show.”

She’s gotten so much work done that she’s been compared to the Kardashians, particularly Kim.

A fan made a side-by-side comparison of Farrah and Kim, and they do look very similar.

Farrah described her body evolution in her book, Dream Twenties: Self Guided Self Help Memoir.

She wrote: “Yes, it’s true, I got plastic surgery and with that responsibility and freedom, there is a lot I learned.”

She continued: “There will be those insecure times with plastic surgery, where it’s not like the amazing boob job that just changes your world where life is going to stay sunny and pour money all over you.”

GettyIn her book, Farrah said she learned a lot from her plastic surgery[/caption]