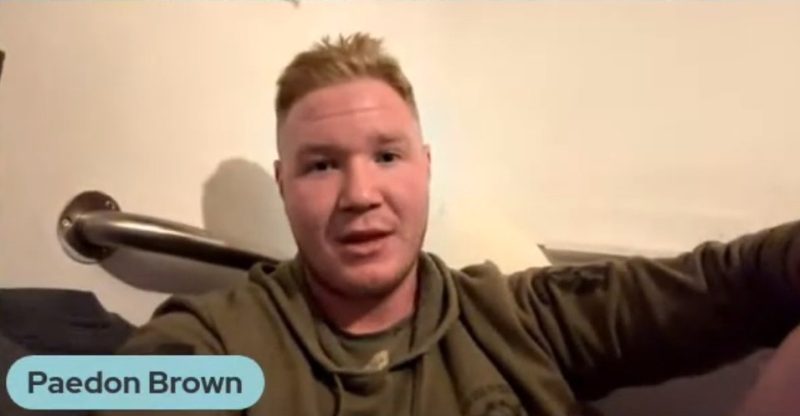 PAEDON Brown, the son of Sister Wives stars Kody and Christine Brown, has slammed Meri Brown in a shocking rant.

Paedon, 24, opened up about his tumultuous relationship with Meri, 51, in an interview with YouTuber John Yates.

During the video, Christine and Kody‘s son was asked if Meri was mean when they were in the “big giant house together.”

Paedon – whose mother Christine split from Kody in 2021 – replied: “Out of respect for my mother, I’m not going to go into detail.

“Abrasive and kind of mean are not strong enough words.

“They are not aggressive enough words.”

The Sister Wives alum continued: “There are definitely things I cannot say.

“I have gone into thorough detail with people. Blew their minds!”

Paedon added: “From what I remember, Meri was dad’s number one wife, which is a very common thing in our religion – which I am definitely not a part of for so many reasons.

“Meri was the go-to wife for a while, from what I remember. The memory of a five-year-old is very, very obscured for a lot of reasons.”

“Based on memory, she was the favorite wife. A lot of things happened.”

He concluded: “A lot of things came out and were said for the first time. And then she was no longer the favorite wife. Robyn became his favorite wife.”

Kody’s exes, Meri and Janelle, 53, revealed they are no longer married to him in the One on One: Part 1 special that aired in December 2022.

Christine and Kody announced their split in November 2021 after more than 25 years of marriage.

During the interview, Paedon revealed why his family got “uprooted for dad’s favorite wife” and moved to Arizona from Las Vegas.

Kody’s son claimed that Robyn insisted they all move because her son Dayton was admitted into college there.

He revealed: “The thought of, ‘Hey, Flagstaff, Arizona, is a good place to move,’ does not exist.

“There is no reason [to move there]. There is no family in all of Arizona.

“And then Dad is like, ‘Hey, we’re going to move the entire family.’ That is because Dayton got accepted into [Northern Arizona University].”

Paedon did not accuse Dayton of being responsible for the move and claimed his sibling “had nothing to do with this.”

He went on: “If Robyn knew how to clip an umbilical cord, Dayton would have been free.

YouTube/ John YatesPaedon said: ‘Out of respect for my mother, I’m not going to go into detail’[/caption]