RHOSLC’s Jen Shah teases major Bravo comeback despite being sentenced to 6.5 years in prison as she shares new glam shot 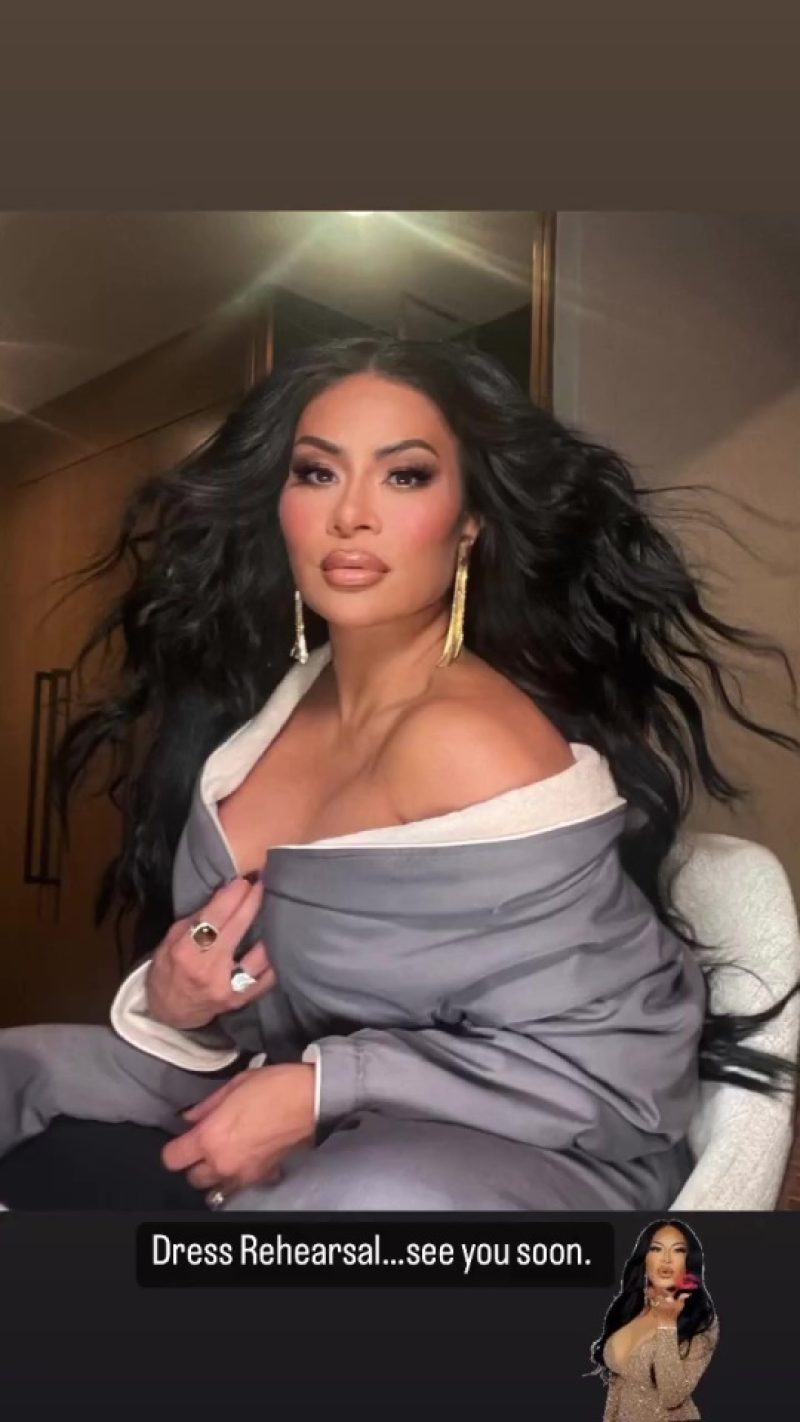 JEN Shah has teased a potential RHOSLC comeback despite recently getting sentenced to time behind bars.

Days earlier, the Bravo star was given 6.5 years in prison for a telemarketing scam targeting elderly victims.

She appeared to be posing in a robe of some sort, which hung off one shoulder.

The star had long dangly earrings on, a full face of makeup and her hair looked like it was blowing in the wind.

She captioned the post: “Dress Rehearsal… See you soon.”

Jen included a GIF of herself wearing the same sparkly gown from her RHOSLC intro.

Fans have been buzzing about Jen’s fate on RHOSLC for some time now.

Ahead of her sentencing, it was announced that she would not appear on the upcoming reunion.

In December 2022, shortly after she pleaded guilty in her case, Jen explained the decision to her followers.

She said at the time: “I was clear with Bravo that out of respect for the courts and a standing judicial order, I would not be in a position to discuss anything related to my legal case or sentencing.”

Jen alleged that Bravo “found this unsatisfactory and said they expected to discuss this ‘storyline.’”

She added: “That expectation has no regard for me or my family’s well-being.

“So under legal advice, I will not be attending the reunion.”

In October 2022, Bravo big wig Andy Cohen suggested that the network had cut ties with Jen after her guilty plea, saying at the time: “Once we wrapped [filming for season three and] she pled guilty, I think that was kind of, unfortunately, the end of, you know, the engagement there.”

He appeared to backtrack, or at least suggest that fans haven’t seen the last of Jen just yet, however.

Andy alluded to the idea of doing a one-on-one with Jen, adding: “But I hope to sit down with her and talk to her at some point on camera.

“Because I have a lot of questions for her.”

Jen was sentenced to time in prison roughly a week ago.

Jen has requested that she be allowed to serve her sentence in a Texas facility that is minimum security.

Initially, she was facing up to 30 years in prison.

The Real Housewives star agreed ahead of her sentencing not to appeal if she was sentenced to 14 months or less.

She was accused of running a telemarketing scam that targeted hundreds of elderly people across the United States alongside several accomplices.

Jen and Stuart had a “Business Opportunity Scheme” where they “sold alleged services” to help make the alleged victim’s companies more efficient or profitable.

According to court papers, this included “tax preparations or website design services.”

The victims were “elderly and did not own a computer.”

Jennifer and Stuart made efforts to conceal their roles in the Business Opportunity Scheme.

In one example, they used encrypted messaging apps to communicate with others involved in this scheme.

The scheme ran from 2012 to March 2021, according to the indictment

The star had previously maintained her innocence, especially while discussing the case on RHOSLC.

She placed much of the blame on her former assistant, saying at one time: “I got played by Stuart Smith.

“I would not be in this thing at all if it wasn’t for Stuart.”

She entered an initial not-guilty plea in April 2021.

Jen said in a statement to PageSix: “I’m fighting this. I am innocent, and I will fight for every person out there that can’t fight for themselves because they don’t have the resources or the means, so they don’t fight.”

She went on to add: “I will fight because No. 1, I’m innocent and No. 2, I’m going to f***ing represent every other person out there that can’t fight and hasn’t been able to.”

Jen’s home was swarmed by armed federal agents in November 2021.

RHOSLC viewers saw homeland security agents swarm a bus the cast was riding on looking for Jen before hitting her house.