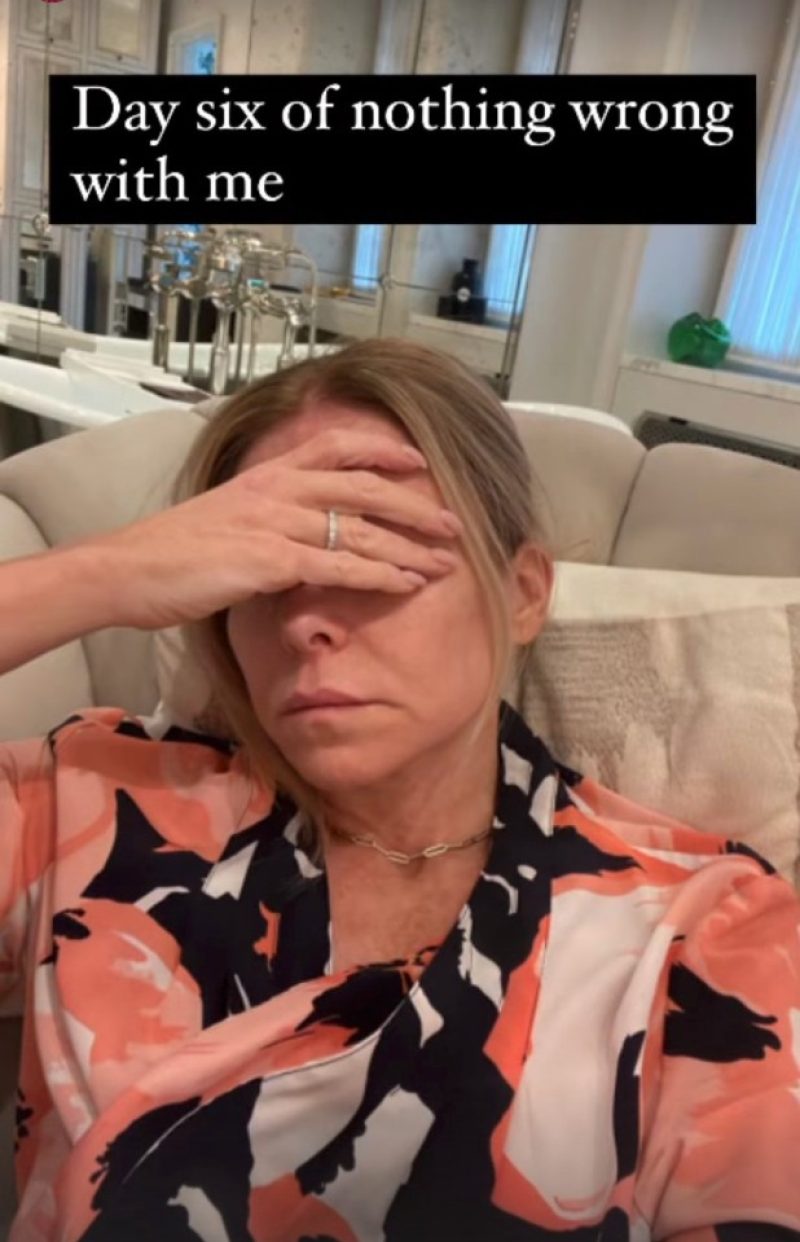 KELLY Ripa has sent some subtle support to Ryan Seacrest as he leads their talk show with a guest co-host amid her absence.

The 52-year-old has been out from the show on and off for the past week as she recovers from being sick.

Instagram/kellyripaLive with Kelly and Ryan

Kelly was absent last Thursday and Friday, before returning to the show early this week, despite still being sick.

As her voice was barely audible while hosting Tuesday’s show, the host ended up taking a few more days off to recover.

She has been out from Live with Kelly and Ryan since Wednesday, with various guest co-hosts filling in for her.

The first day, Carson Kressley took on the gig, while Thursday saw the show’s resident DJ, Deja Vu, sitting in the co-host’s chair.

For Friday’s show, actress and author Jenny Mollen filled in for Kelly.

While sick at home, that hasn’t stopped the absent host from still sending some support to the show.

The show had Monica on for a shopping segment called Feel Better Bargains, and she made sure to give Kelly a shout-out both on air and online.

During the broadcast, the lifestyle expert showed off a bento box item that was on sale.

While picking one up to share more details about it, Monica gushed: “Of course we put Goldfish in here in honor of Kelly.

“So, hey Kelly! We have Goldfish for you!”

While the star wasn’t there to enjoy them herself, Ryan did the honors and nibbled on the snack food for her.

Monica shared a snap on her Instagram Story from her appearance on the program and said she had a “great morning” with Ryan and Deja Vu.

She then tagged Kelly and told her “feel better soon!”

Kelly saw the sweet post and made sure to re-share it on her own page for her millions of followers to see.

Live with Kelly and RyanNBCABC