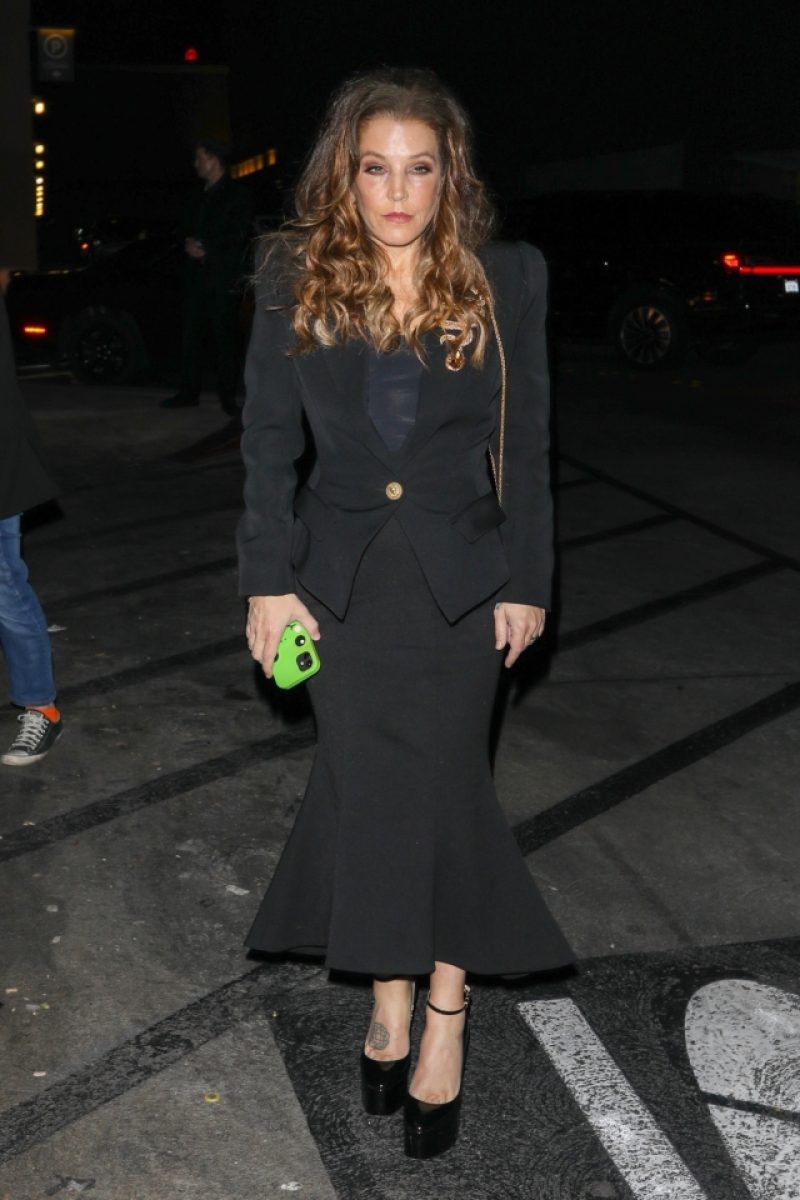 LISA Marie Presley has died after suffering cardiac arrest and details of her final days have come to light.

A source close to the star exclusively told The U.S. Sun that the musician was leading a reclusive life and was struggling in the wake of her son Benjamin Keough’s 2020 suicide.

In 2020, her son Benjamin Keough died by suicide, leaving her ‘racked with grief’Rex

Lisa Marie, 54, was last seen at the Golden Globe Awards on Tuesday with her mom Priscilla Presley and actor Austin Butler, who played her late father Elvis in a recent biopic.

She appeared frail, but in good spirits, at one point holding on to Austin’s arm as she moved about.

Insiders claim that prior to the A-list event, however, Elvis and Priscilla’s only daughter kept to herself as she faced her grief head-on.

A source told The U.S. Sun exclusively: “In her final years, she was racked with grief over Ben, he was her baby, and he relied on her heavily. Her world completely fell apart when he died.

“She was comforted having her ex Danny [Keough] around again, they weren’t romantic but they were close.”

According to the insider, Lisa Marie struggled to find respite from the pain of losing Benjamin, who died from a single gunshot wound.

Her youngest son’s suicide took place inside her home during a party for his then-girlfriend.

The source said: “But she found it so difficult to cope and barely left the house for months after his death. They would just be holed up in there and she’d stay in her bedroom.”

They added: “Everyone was concerned when he died that she would spiral out of control, but she really tried to keep it together for her girls.”

The U.S. Sun understands that Michael has 50 percent custody of their 14-year-old daughters and will be by their side helping them to process the tragedy, which comes just three years after their brother’s death.

According to source, Lisa Marie looked for various ways to manage her feelings of grief and loss.

The insider noted: “She was in and out of Scientology for many years, and Riley has been connected to the Church. Lisa was always trying to find herself and her purpose.”

In spite of this, those close to her had concerns.

The insider confessed: “Lisa has struggled so much over the years, and living in her dad’s shadow, many who know her have feared she would die young.”

Lisa Marie had a lot on her plate in the years and months ahead of her tragic and unexpected death.

She was struggling personally with familial relationships and handling her exes.

Things were looking up in at least one area of her life, however.

A source close to her said: “She also had a very rocky relationship with Priscilla due to her troubles and the breakdown of her marriage to Lockwood, but they became close again after Ben’s death and Priscilla supported her as much as she could.”

Lisa Marie’s mother stepped up, sharing updates with fans after confirming the sad news that she’d been hospitalized after going into cardiac arrest.

She appeared hopeful early on, posting a photo of herself and her daughter on her Instagram feed.

The actress wrote: “My beloved daughter Lisa Marie was rushed to the hospital.

She continued: “We feel the prayers from around the world, and ask for privacy during this time.”

Priscilla was spotted arriving on Thursday afternoon at the hospital where her daughter is being treated.

Her other daughter, and Lisa Marie’s half-sister, Deborah Presley Brando, was also photographed heading into the hospital.

Only a few hours later, Priscilla shared yet another update with fans – Lisa Marie had died.

In a statement to PEOPLE, she said: “It is with a heavy heart that I must share the devastating news that my beautiful daughter Lisa Marie has left us.”

Priscilla continued: “She was the most passionate, strong, and loving woman I have ever known. We ask for privacy as we try to deal with this profound loss.

One wrote: “Heartbreaking news. I was named after Lisa, my mom loved her dad so much. Rest in Peace, Lisa, I hope you have been reunited with your son Benjamin and your dad.”

Another tweeted: “I’m in shock hearing [the] news about Lisa Marie Presley, 54, so young.”

Lisa Marie was rushed to the hospital on Thursday after going into “full [cardiac] arrest.”

TMZ reported that she was in critical condition in a medically-induced coma and remained on life support.

She was discovered by her housekeeper, who found her in her bedroom unresponsive, the outlet reported.

After going into cardiac arrest, Lisa Marie received CPR in her home in Calabasas, California, by her ex-husband Danny.

She was then taken to an Intensive Care Unit for further treatment.

She is said to have gone into “full arrest,” which forced someone on-scene to give her epinephrine – or adrenaline – in order to get a pulse back, a source told TMZ.

At the hospital, she was given a temporary pacemaker.

Lisa Marie is survived by daughter Riley, 33, and twins Harper and Finley, 14.