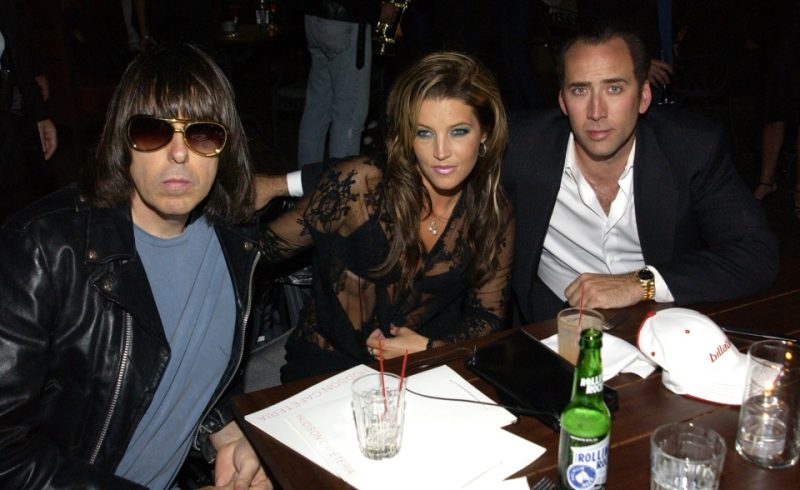 LISA Marie Presley’s ex-husband has broken his silence following her tragic death at 54.

Actor Nicolas Cage, who was married to Elvis’ only daughter for two years, described the news of her sudden passing as “devastating.”

“Lisa had the greatest laugh of anyone I ever met,” he told Yahoo Entertainment.

“I find some solace believing she is reunited with her son Benjamin.”

Lisa Marie was married four different times before her life was tragically cut short on Wednesday.

The singer first tied the knot with actor Danny Keough in October 1988 when she was just 20 years old.

They welcomed two children daughter Riley and son Benjamin, who Cage referenced in his statement.

However, their divorce was finalized in 1994.

Benjamin died at 27 from a self-inflicted gunshot wound during a birthday party for his girlfriend at his mother’s home in Calabasas on July 12, 2020.

An autopsy report obtained by The U.S. Sun confirmed the cause of death was a shotgun wound and the manner of death was ruled as suicide.

Lisa Marie spent her last years in anguish over her son and even shared a heartbreaking final message about grief on Instagram.

“Hi. In honor of it being National Grief Awareness Day , I wrote an essay about Grief which was posted today on PEOPLE,” she shared.

After a very on/off romance, they wed in a lavish ceremony in 2002.

There was trouble in paradise even before Lisa Anne and Nicolas got married, and it was reported the couple had a very tumultuous relationship.

At one point in their engagement, while enjoying a boat ride, Lisa Marie’s $65,000 six-carat yellow diamond engagement ring was mysteriously thrown into the ocean during an argument.

Divers were hired to recover the gem, but it was never found.

But after their wedding they were married for exactly 107 days before Lisa Marie filed for divorce, saying it was “a big mistake”.

Before this episode, Lisa Marie famously married Michael Jackson from 1994 until 1996.

Until her death, she lived with her ex-Danny, following the tragic death of their son Ben in 2020.

Danny reportedly attempted to save his ex-wife’s life during a cardiac episode that occurred before her death.

The latest dark episode in Lisa Marie’s life came just this Thursday as she went into cardiac arrest at her Calabasas home.

Paramedics performed CPR on the spot before rushing her to hospital.

Lisa Marie was recently spotted at the Golden Globe Awards on Tuesday.

She accompanied her mother to see Austin Butler win an award for his portrayal of the King of Rock n’ Roll in the biopic, Elvis.

However, Lisa Marie appeared fragile and clung to the actor during the ceremony at The Beverly Hilton in Beverly Hills.

PrevPreviousWho has Kelsea Ballerini dated?
NextThe View’s Sunny Hostin reveals real cost of her recent plastic surgeries & admits her husband was against it on live TVNext