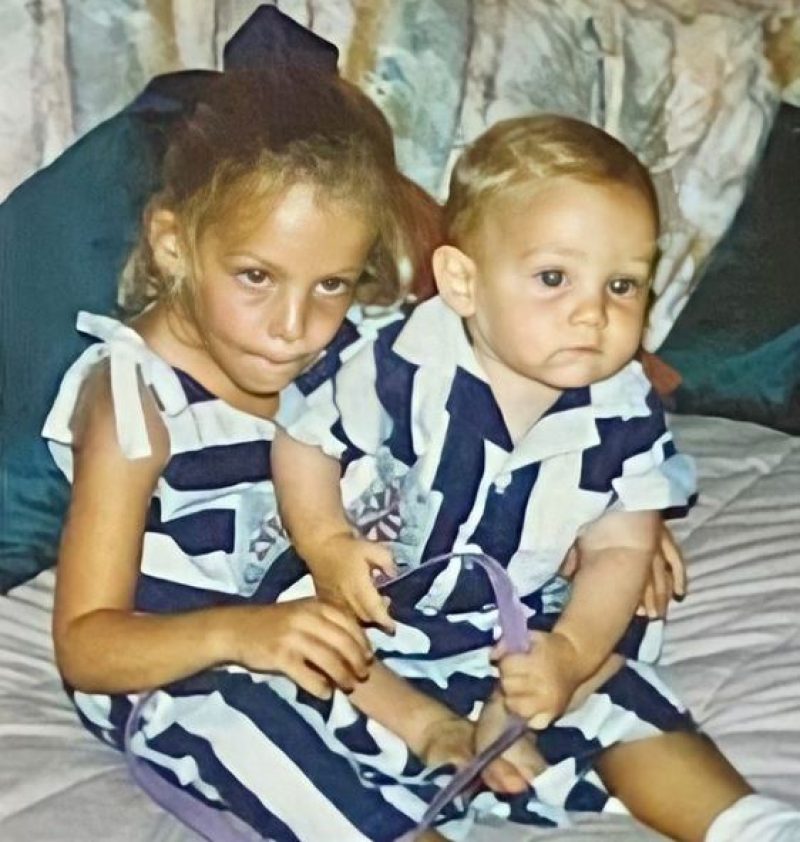 Lisa Marie, the only child of rock ‘n’ roll legend Elvis Presley, died at the age of 54 on Thursday after suffering a cardiac arrest at her home in California.

Paramedics tried to revive the singer and performed CPR on her after she was found unresponsive.

She was rushed to hospital before she died.

Lisa Marie had spent her last years in anguish over her son Benjamin Keough’s suicide – who took his own life in 2020 during a party for his girlfriend’s birthday.

And just weeks ago, her daughter Riley Keough, 33, posted a sweet photo of her and her late brother on what would have been his 30th birthday.

Alongside the picture of the siblings wearing matching stripy outfits, the actress and model wrote: “You would be 30 today.

“This world is strange without you.”

Lisa Marie’s mother, Priscilla Presley, confirmed the news of her daughter’s death in a statement on Thursday.

“She was the most passionate, strong, and loving woman I have ever known. We ask for privacy as we try to deal with this profound loss.

Lisa Marie’s final Instagram post was meant to help others deal with grief after the devastating loss of her son.

“Hi. In honor of it being National Grief Awareness Day, I wrote an essay about Grief which was posted today on PEOPLE,” she shared.

In an essay, Lisa Marie shared what she’s learned in the time since her son’s death.

She confessed she “beats myself up tirelessly” and blamed herself every day for Benjamin’s death.

Celebs and fans alike flocked to social media to pay tribute to Lisa Marie after her death.

“Oh, this one hurts my heart. Lisa Marie, you were one of a kind,” she said in a post on Instagram.

“Funny as s**t, smart as a whip, sensitive, talented, witty, mean, loving, generous, judgmental but always right, loyal, and you adored your children.

“My heart breaks for you and your beautiful family and your children. The world lost a rare gem today. May your soul rest in peace, friend.”

While John Travolta says his “heart goes out” to the family of Lisa Marie, following news of the US singer’s death.

Sharing a picture of her on Instagram, he wrote: “Lisa baby girl, I’m so sorry.

“I’ll miss you but I know I’ll see you again. My love and heart goes out to Riley, Priscilla, Harper and Finley.”

The news of her death came just hours after Priscilla shared another heart-wrenching update on her only child with the late Elvis.

She posted a photo of herself and Lisa Marie on Instagram, along with a brief caption confirming that she had been hospitalized.

Priscilla captioned the snap: “My beloved daughter Lisa Marie was rushed to the hospital.