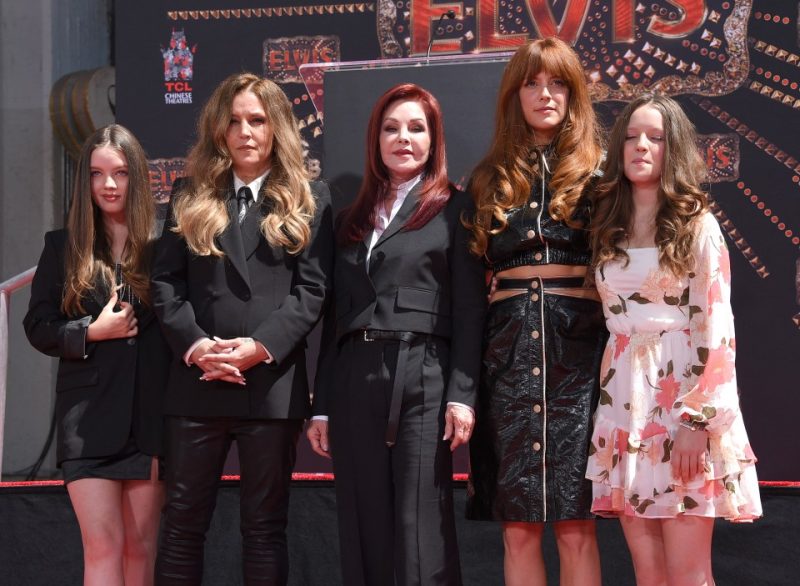 LISA Marie Presley had mended her relationship with her mom Priscilla after her son Ben’s devastating suicide despite years of prior estrangement.

The singer-songwriter died on Thursday at the age of 54 after suffering from a fatal cardiac arrest.

But Lisa was able to reconcile with her mother Priscilla, 77, before her passing, sources have revealed.

An insider exclusively told the U.S. Sun on Friday: “Lisa Marie had a very rocky relationship with Priscilla due to her troubles and the breakdown of her marriage to Lockwood, but they became close again after Ben’s death and Priscilla supported her as much as she could.”

Elvis’ grandson, Ben Keough, died by suicide on July 12, 2020, at the age of 27 with a self-inflicted gunshot wound during a party for his girlfriend’s birthday at his mother’s Calabasas home.

An autopsy report obtained by The U.S. Sun confirmed that his cause of death was a single gunshot and the manner of death was ruled a suicide.

He had alcohol and cocaine in his system at the time of his death.

The source continued: “During Lisa Marie’s divorce with Lockwood, Priscilla stood by him which caused friction between them.

“Priscilla was comforted by friends as the relationship between her and Lisa fell apart and she was at a loss over what to do at the time.”

Lisa Marie’s fourth and final marriage was to guitarist Michael Lockwood, now 61, in 2006; the couple exchanged vows in Japan.

But their nuptials were doomed, as Lisa Marie filed for divorce in 2016, claiming she found hundreds of images of child pornography on Michael’s computer.

Michael denied the allegations, and after a messy court and custody battle, their divorce was finalized in 2021.

Lisa Marie also shared her son Ben and daughter Riley with her previous ex-husband and longtime companion Danny Keough to whom she was married from 1988 to 1994.

Priscilla shared a heartbreaking tribute to her daughter Lisa Marie after her death on Thursday.

She told PEOPLE: “It is with a heavy heart that I must share the devastating news that my beautiful daughter Lisa Marie has left us.”

“She was the most passionate, strong, and loving woman I have ever known. We ask for privacy as we try to deal with this profound loss.”

The actress concluded: “Thank you for your love and prayers.”

Lisa Marie was found unresponsive in her Calabasas home in California on Thursday.

She went into “full [cardiac] arrest” and was given adrenaline at least once to help her regain her pulse, TMZ reported.

The outlet disclosed that her housekeeper found her unresponsive in the bedroom of her home.

Lisa Marie’s ex-husband Danny Keough is said to have administered CPR on the scene.

She was then taken to an Intensive Care Unit where she was put on life support and had a temporary pacemaker fitted.

At the time, Priscilla said Lisa Marie was “receiving the best care”.

She shared a photo of them together and captioned it: “My beloved daughter Lisa Marie was rushed to the hospital.

Priscilla was spotted arriving at the hospital where her daughter was being treated.

Lisa Marie was seen looking frail at the Golden Globes just days before her death.

She was joined by her mom Priscilla and Austin Butler, who played her father in a recent biopic.

Priscilla and Elvis Presley’s only daughter has had her share of struggles through the years, battling addiction, dealing with divorce, and most recently facing the shocking death of her own son, Benjamin.