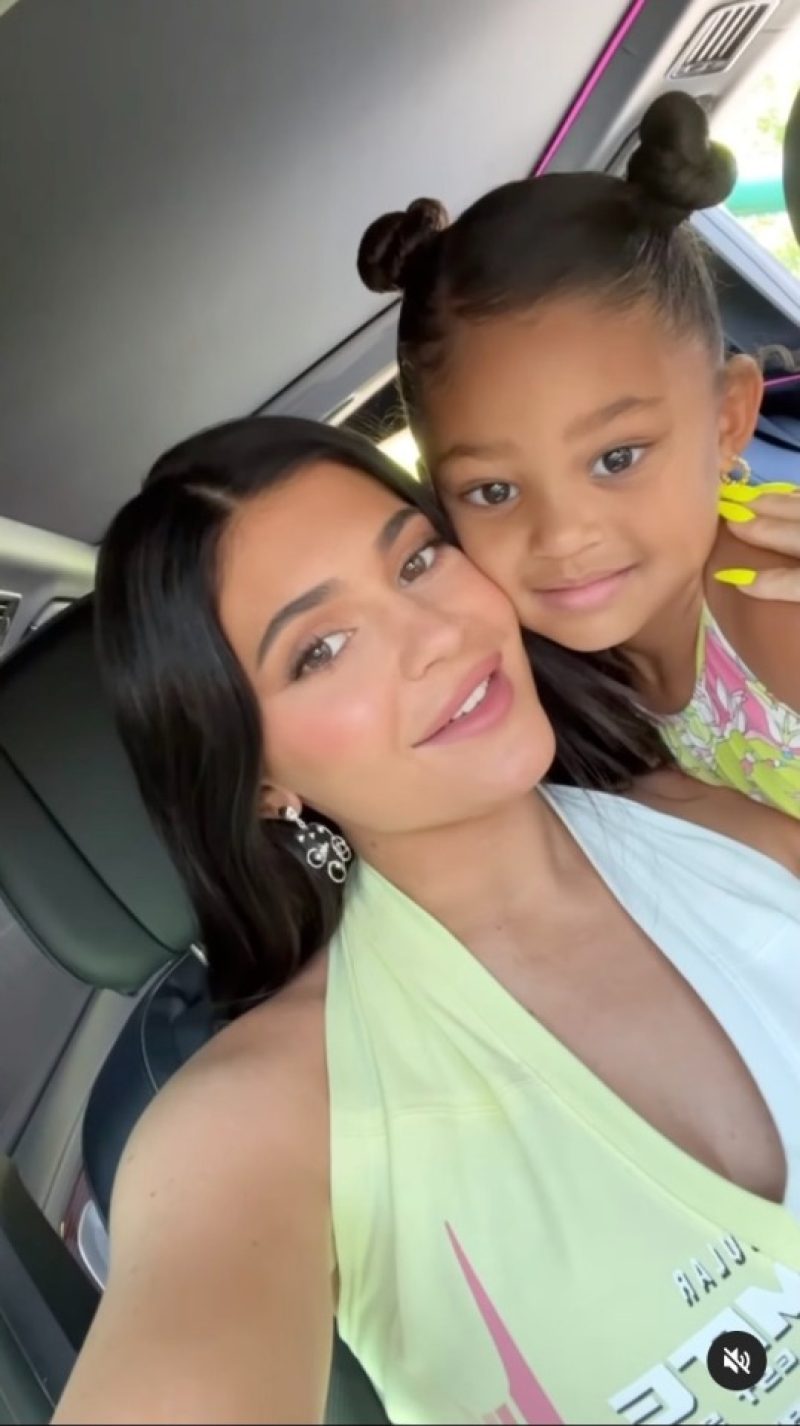 FANS have slammed Kylie Jenner for how she edited her four-year-old daughter Stormi in her new photo.

The Kardashians star shared a throwback photo of herself in an Instagram Story.

Kylie, 25, uploaded a sweet snapshot from when she was at an adorable and tender age.

As a young child, the Hulu star had puffy cheeks, round eyes, and a red ribbon tied to her short bob.

She also compared herself to a photo of her precious daughter, who had a crown on her head.

Unfortunately, in an online thread, critics slammed the reality star for adding a “filter on Stormi,” and editing the little girl’s lips.

Another critic added: “I genuinely cannot tell if that’s either of their natural face shapes or if they were edited to be so similar.”

A third critic mentioned: “This made me sad. I think it’s adorable how similar she looks to Kylie, even with the stupid filter.

“I hope she doesn’t grow up seeing pictures of herself looking like her mom as a kid and then realize her mother changed her entire appearance with surgery.”

A fourth person wrote: “If she thinks her daughter is beautiful, why couldn’t she appreciate her own beauty? Why would you add a filter?”

A commentator chimed in: “Kylie is sick in the head. She facetuned both pictures just to share them.”

Along with Stormi, the TV star and her baby daddy Travis Scott, 31, welcomed their baby boy in February 2022.

At first, Kylie and Travis named their son Wolf, but the pair decided to change his name weeks after his birth,

The on-and-off-again couple has not announced the moniker of Stormi’s baby brother.

The former E! star reportedly called it quits one more time with her baby daddy.

An insider close to the famous couple told Us Weekly that the two have reportedly put an end to their relationship.

The insider claimed: “Kylie and Travis are off again.

“They were supposed to spend the holidays together, but she went to Aspen to be with her family and friends up there.”

The source added: “This has happened so many times before.

“They are known to be on-again and off-again but always remain friends and great co-parents.”

In a recent interview with People, an insider close to the TV personality claimed the exes are in different stages of their lives.

The source claimed Travis wants to “party” while Kylie desires to focus on “her businesses” and her kids.

Instagram @makeupbyarielA source claimed Kylie is focused on ‘her businesses’[/caption]