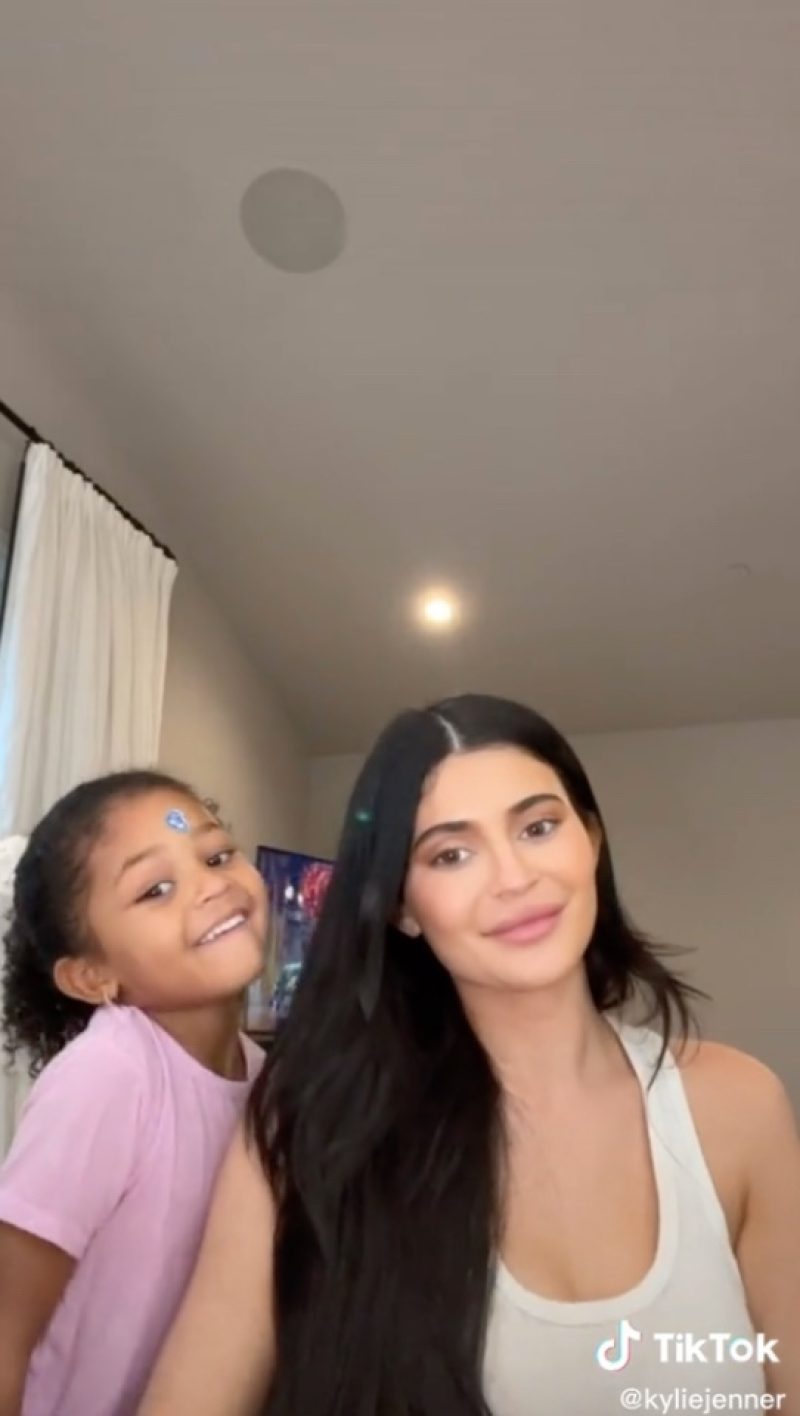 KYLIE Jenner looks nearly identical to her daughter Stormi Webster as she shares a never-before-seen child picture of herself.

Kylie, 25, recently has posted a side-by-side snap of her and daughter Stormi, four, when they both appeared to be the same age to her Instagram stories.

In the photo both the Hulu star and her four-year-old mini-me had on respective head pieces – Kylie had on a headband and Stormi a princess tiara.

The looks on their faces both in the separate snaps were serious and their pictures were taken head on.

It is evident from looking at the Kylie Cosmetics founder’s childhood picture that her oldest child’s facial features twins hers.

Both the Forbes list maker and her child had the same almond eye shape, button nose, faint rosy cheeks and pinkish-tan lips.

The only differing factor between the reality star and her daughter were their complexion and hair texture.

Everything else appeared to be completely the same, which is expected since the apple tends to not to fall too far from the tree.

Kylie ended up captioning her story, “my love,” signifying the great affection that she has for her offspring.

After the 25-year-old posted her story some fans took to Reddit to make remarks on how similar the pair looked in the photo.

DRAGGED THROUGH THE MUD

One fan on Reddit expressed: “Wow! That’s her mini me for sure.”

A second fan countered: “I only see the eyes and the eyebrows being the same,” and another added: “Their noses are the same…”

A third complimented: “Stormi has the prettiest eye shape…”

In 2022 Kylie went viral after a clip of her telling her daughter, “Stormi, you look like mommy baby” surfaced online.

The audio snippet was so prevalent on TikTok at the time that the mommy-daughter duo did a reaction video to it that same year.

Kylie and Stormi are like two peas in pod, most of the time when you see Kylie you see her little one – even if the setting should be for grown-ups only.

Recently Kardashians fans slammed The Keeping Up With The Kardashians alum for including her young daughter in her New Year’s Eve celebrations.

In one of the snaps that Kylie posted during her NYE partying Stormi accompanied her and her 25-year-old BFF  Anastasia ‘Stassie’ Karanikolaou as they exited a black SUV.

In the photo, Kylie and Stassie were dressed for the club – the former wore a curve-accentuating catsuit.

The tot wore a black and cream wool coat as she walked inside the club while holding her famous mom’s hand.

Fans that were shocked to see the young girl at the event took to social media to scold Kylie.

One scathed: “This is pathetic taking toddlers to adult parties on New Year’s Eve.”

“I wanna know what kind of event would warrant adults dressed like they’re going to a nightclub while simultaneously bringing along a toddler? Lol,” wrote another.