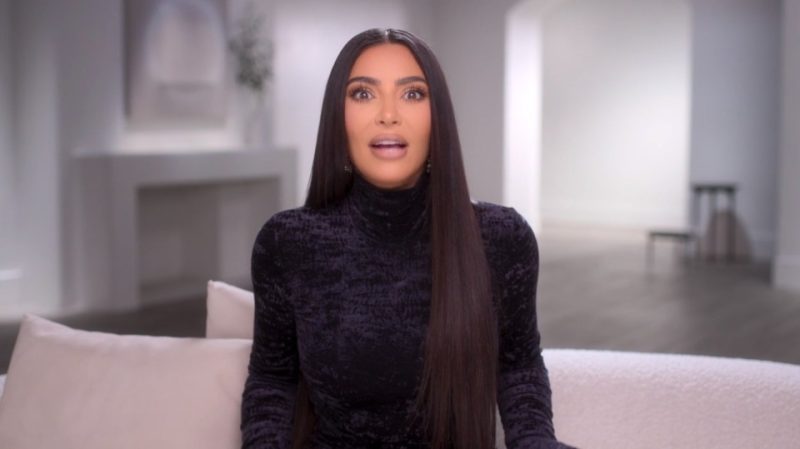 The rapper, 45, is believed to have tied the knot with Yeezy designer Bianca in a secret ceremony.

And amid the shocking rumors, Kim, 42, appeared to shade her ex-husband on her Instagram Stories.

Late on Thursday night, she posted a quote that read: “I’m really in my quiet girl era, I don’t have much to say. Just much to do.”

Another post read: “Just remember, the black sheep usually turns into the goat. Keep doing you.”

A third slide read: “People who want to see you win, will help you win. Remember that.”

Kanye and Bianca have yet made their marriage legal by filing a marriage certificate, sources told TMZ.

Bianca is said to be an architectural designer who has been working at Yeezy since November 2020.

The pair were spotted wearing what appear to be wedding bands while having lunch in Beverly Hills on Monday in photos obtained by DailyMail.com.

Kim broke down in tears last month as she discussed how “hard” it was to co-parent with Kanye.

“It’s been a day for me. It’s hard. Co-parenting is really f***ing hard,” she said on Angie Martinez’s IRL Podcast.

“That’s all I want for my kids. That’s what I would want for them.”

The reality star confessed to protecting her children “from the outside world.”

Kim added: “Why would I ever bring that energy to them? That’s real heavy, heavy grown-up s**t. And they’re not ready to deal with it.”

The reality star wiped away tears as she went on: “And when they are, we’ll have those conversations. And I’ll be so prepared.”