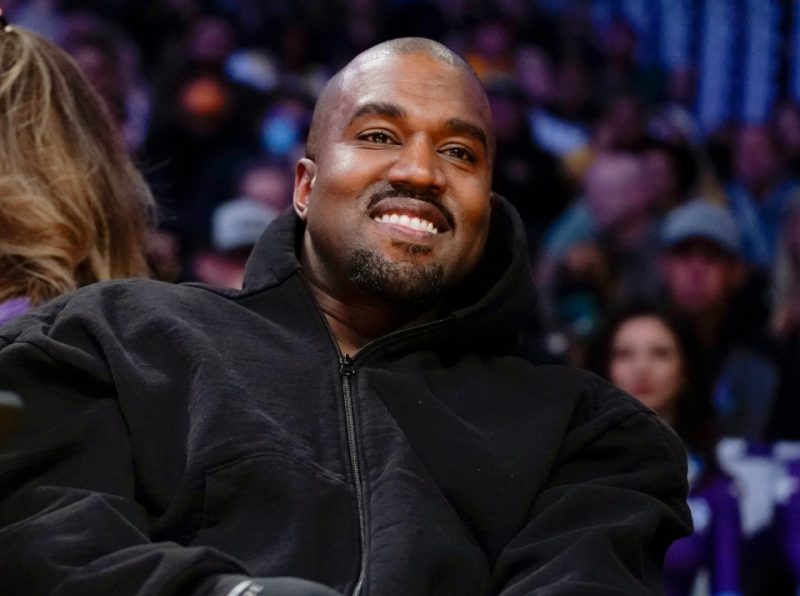 Kanye West’s alleged wife Bianca Censori dropped a sign she was a big fan of the rapper over a decade before their wedding, The U.S. Sun has learned.

The controversial rapper, 45, reportedly tied the knot with the Yeezy architect, 28, in a private ceremony.

Bianca was living in Australia up until she started working for Kanye‘s fashion brand in Los Angeles in November 2020.

Prior to this, she and a friend, Irene Papas, launched their own brand Nylons Jewellery in 2013.

Bianca started the business while attending school at the University of Melbourne, where she studied architecture.

‘I CAN TELL BY YOUR CHARM’

In the brand’s 2013 look book, they showcased their very own
“Gold Digger Bracelet,” which is made with gold Swarovski crystals and covered in nylon mesh.

Given she’s taken a liking to the father of four, her naming the bracelet “Gold Digger” could have been because she was a fan of Kanye at the time.

Interestingly enough, there was another bracelet called “Blue-Ivy,” which could have been named after Beyonce and Jay Z‘s daughter, who was born a year before the look book was released in 2012.

Kanye was best friends with Jay Z at the time, up until they started feuding.

According to the look book, “Nylons encapsulates a unique and innovative take on the classic bracelet and necklace. Friends, Irene and Bianca, began creating chokers and bracelets for themselves and friends when they realized the potential for an online store.

“Hand made from the finest Swarovski crystals, each piece is wrapped in nylon meshing then perfectly finished with either a stainless steel or sterling silver clasp.”

To recognize Bianca’s work, she was featured in i-D, a British magazine by Vice Media, in 2016, when she was 21 years old as a student designer who was “in demand” before graduating.

She told the mag: “I started Nylons just after I finished high school. I started playing around with mesh, then putting crystals inside the meshing, just making really simple thin chokers.

“I started selling those and from there it slowly kept growing. Once I started architecture I still wanted some sort of creative outlet so I kept making jewelry as something to do on the side and it grew into a business!”

According to her LinkedIn, she stopped working on Nylons in July 2017.

The company appears to be out of business since the website is no longer working.

After parting ways with her business, she focused her career on architecture- and has since taken the architectural world by storm. It’s no wonder why Kanye is also fascinated by her.

She’s had exhibits at Miami Art Week and Melbourne Design Week- something that’s her norm. She travels back and forth between the U.S. and Australia.

In a June 2022 interview with Vogue Australia, Bianca explained how being back home is “fundamental” to her creative process.

“The pandemic was the first time in a long time a lot of Australian creatives were brought back to one place,” she said.

“Melbourne felt like this melting pot of global creativity. People began to cross disciplines and collaborate in ways I hadn’t experienced before.”

She continued: “I find making ideas come to fruition much easier in Australia. In Melbourne I can cultivate my creativity and LA (Los Angeles) is where I apply it.”

It seems like Bianca will continue jet-setting the world, but now has a partner in crime to travel with.

After reportedly tying the knot with Kanye, she and her new husband celebrated their honeymoon at celeb hotspot Amangiri in Utah, according to the DailyMail.

The five-star resort costs $3,300 to $6,400 on average per night. It’s set in an exotic desert landscape of canyons, mesas, ridges and gorges.

Their rumored honeymoon and wedding comes two months after his divorce from Kim Kardashian, 42, was finalized.

According to TMZ, Kanye and Bianca haven’t made it legal yet, since there doesn’t appear to be a marriage license filing.