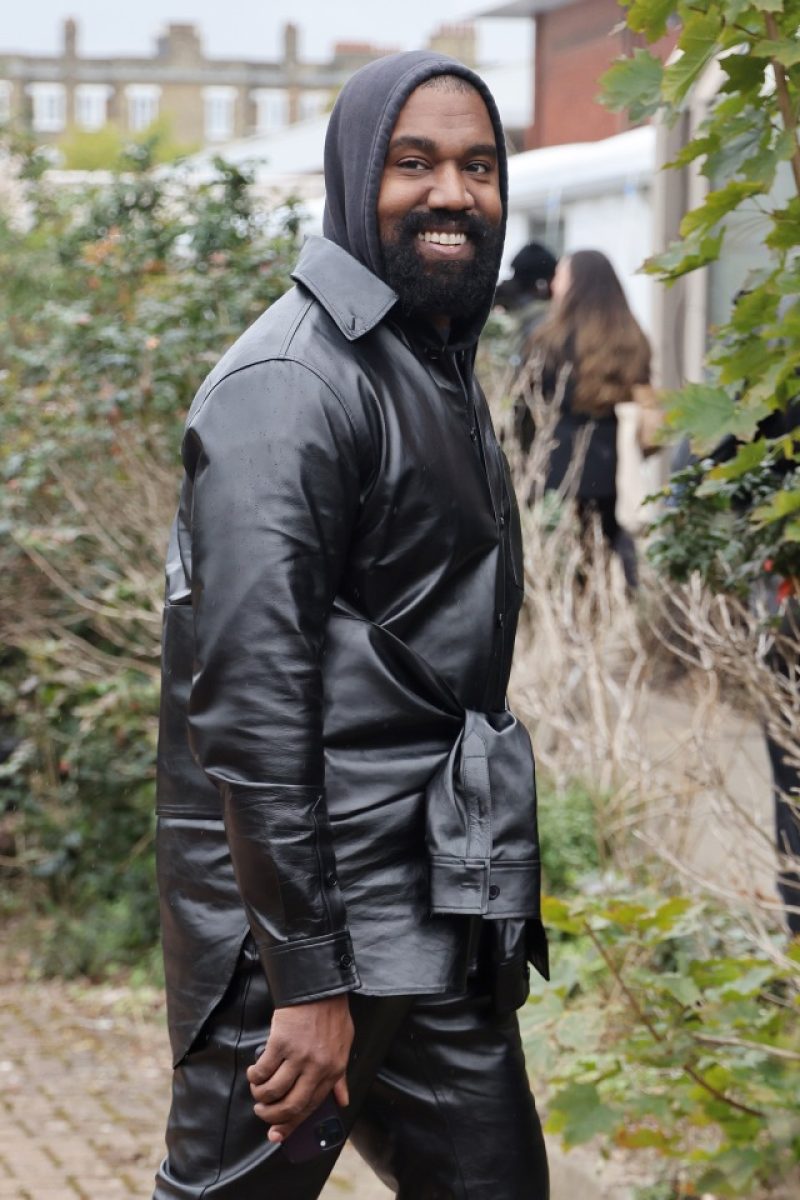 KANYE West has continued his trend of Kim Kardashian look-alikes with his shocking marriage to Bianca Censori.

The rapper, who was married to the reality star for seven years, certainly has a type when it comes to relationships.

GettyKanye is believed to be married to designer Bianca Censori[/caption]

SplashShe has been working at his brand Yeezy since 2020[/caption]

Kanye, 45, is believed to have tied the knot with Bianca two months after his divorce from Kim Kardashian, 42, was finalized.

However, the couple has yet to make their marriage legal by filing a marriage certificate, sources told TMZ.

The architect naturally bears an uncanny resemblance to the rapper’s ex Kim but recently chopped her long brunette locks into a short blonde bob to switch up her look.

The pair were spotted wearing what appear to be wedding bands while having lunch in Beverly Hills on Monday in photos obtained by DailyMail.com.

Kanye’s new relationship follows his trend of Kim Kardashian clones in the months since their February 2021 split.

It’s not clear exactly when Chaney and Kanye met, but rumors of a relationship between the two started circulating online after Kanye was spotted spending time with her at dinner and a party in Malibu on February 9, 2022.

Chaney was one of the celebrities invited to Kanye’s Donda 2 listening party.

The influencer, who strongly resembles Kim, rocked a curve-hugging black bodysuit to the party.

She also wore gloves, black-heeled boots, and blue designer glasses, while her dark wavy hair was worn down.

The outfit looked like something straight out of the Keeping Up With the Kardashians star’s closet.

But she’s hardly the first person Kanye has dated who bares a striking resemblance to his ex.

Just days after Julia Fox, 31, accused her husband Peter Artemiev of being a “deadbeat dad,” she was spotted on a date with Kanye.

Julia confirmed in an op-ed article that the two were dating in January of 2022, telling PageSix that she is excited about her future with him.

“I don’t know where things are headed,” she told the media outlet.

“But if this is any indication of the future I’m loving the ride.”

The two previously met in Miami while celebrating New Year’s Eve, and later went on a second date where he surprised her with a photo shoot.

Model and Instagram influencer, Vinetria, allegedly dated Kanye towards the end of 2021.

Sources close to the pair reveal they had been “hooking up” for a while according to Page Six.

Vinetria was reportedly in Miami with Ye as he recorded his Drink Champs interview, and recently attended his Sunday Service in Los Angeles.

The two were spotted together in public for the first time at Donda Academy’s debut basketball game in Minneapolis.

In March of 2021, rumors began to circulate that Ye and Russian model Irina Shayk were dating.

A source revealed in May that the two “met up one night and had chemistry and hit it off.”

The source continued: “It’s very casual and they have only been in touch for about a month. Kanye has expressed he doesn’t want anything serious but likes Irina’s vibe.”

Another source added at the time “Kanye has been flying in and out of New York to be with [Irina].”

In June, the two were spotted together in France, appearing to be “an item”.

By August, however, the pair had reportedly called it quits.

“Kanye has been busy working and spending time with his kids,” said a source at the time.

“This is his focus. He doesn’t have time to date right now. He finds Irina amazing though. They remain friendly.”

Kanye was linked to former Victoria’s Secret model Chanel Iman in 2010, but the pair never confirmed their relationship.

The former Pussycat Doll used to be really good friends with Kim until she reportedly grew close to Kanye in 2010.

Melody and Kanye’s relationship arrived after his messy split from model Amber Rose.

The pair were pictured together at a fashion event in Marc Jacobs’ New York store with US sources claiming at the time they’d been “dating for about two weeks.”

Kanye and Melody’s friendship swiftly ended and soon after he admitted he only had eyes for Kim.

RedditBianca and Kanye have yet to make their marriage legal[/caption]