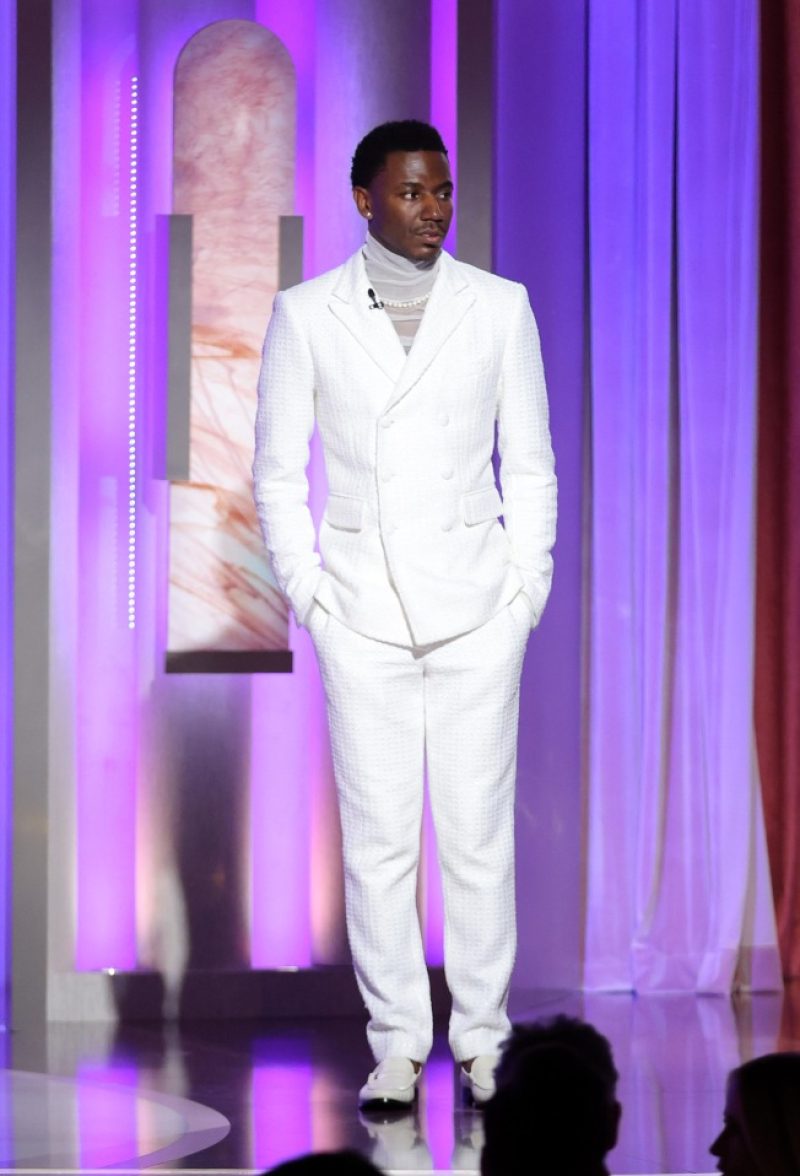 WHEN Jerrod Carmichael was slated as the comedic host for the 2023 Golden Globe awards, the audience was prepared for some light-hearted jabs and jokes.

But then, Carmichael went in on Will Smith’s 2022 Academy Awards debacle, which caused quite a stir on social media and beyond.

Why do Jerrod Carmichael and Will Smith have beef?

The two stars began to stew after Jerrod Carmichael made an out-of-taste joke about Will Smith at the 2023 Golden Globe awards on January 10, 2023.

He said: “While we were on commercial, we actually presented Will Smith with the Rock Hudson award for best portrayal of masculinity on television, so please give it up for Will Smith. Please! Please!”

The Rock Hudson award for the best portrayal of masculinity on television doesn’t even exist, but his joke comparing Rock Hudson’s masculinity with Will Smith’s violence did rub some of Carmichael’s fans the wrong way.

Rock Hudson was a gay actor before it was acceptable to be openly gay.

In 2022, Carmichael himself came out as gay, meaning that he should understand Hudson’s plight better than anyone.

Who was Rock Hudson, and how did he die?

Rock Hudson was one of Hollywood’s golden age icons.

He was a manly heartthrob, often playing the hunky male lead in romantic and romantic-comedy movies.

He was also a gay man living in a straight-abiding world.

Hudson was diagnosed as having HIV in 1984.

This was only a year after scientists had determined that HIV caused AIDS.

He continued to work through the turmoil the illness caused him until he couldn’t anymore.

After collapsing into a French hotel room (he was in Paris seeking treatment), his publicist finally announced that Hudson had AIDS.

Hudson died at his home in California in October 1985 at 59 years old.

He is well known today for acting and putting a “good guy” face on HIV and AIDS.

What happened at the 2022 Academy Awards with Will Smith?

Will Smith’s wife, Jada Pinkett Smith, has shared on many occasions the experience she’s facing losing her hair due to alopecia.

When Chris Rock made a joke at her expense, Will Smith leaped to his feet and ran straight for Rock before he struck Rock across the face.

He then yelled: “Keep my wife’s name out your f***ing mouth.”

Many have since stated that it was a moment of toxic masculinity, which is why Carmichael’s joke didn’t exactly land, as Rock Hudson wasn’t seen as toxic.