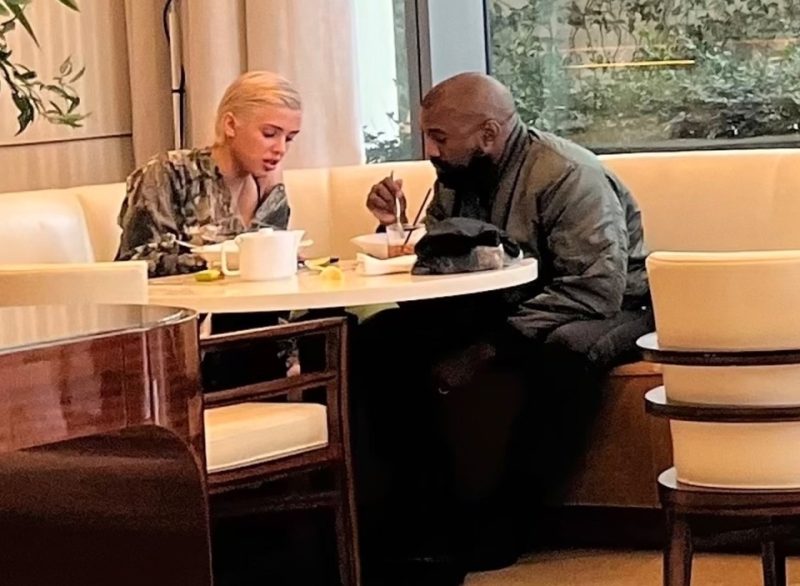 KANYE West and his “wife” Bianca Censori reportedly spent their honeymoon at a luxury desert resort in Utah.

The pair – who are believed to have recently tied the knot in a secret ceremony – were allegedly joined by at least one of Kanye‘s kids at the $5,000-a-night Amangiri resort.

Joe Fletcher PhotographyThey were apparently joined by at least one of Kanye’s kids at the $5,000-a-night Amangiri resort[/caption]

AlamyThe swimming pool is surrounded by the dramatic desert landscape[/caption]

The DailyMail revealed that the duo stayed at the five-star resort in Canyon Point, which boasts 34 suites and one four-bedroom Mesa home

The lavish property is located on 600 acres in Utah’s Grand Circle of National Parks and Monuments.

It is a favorite of the Kardashian family and is where Kanye’s ex Kim celebrated her 37th birthday in 2017.

Kylie Jenner also stayed with her friends there last summer and Kourtney Kardashian and her ex-boyfriend Younes Bendjima celebrated his 25th birthday there in 2018.

The resort is set in a dramatic desert landscape of canyons, mesas, ridges and gorges.

There is a 25,000 square foot Aman spa where guests can enjoy treatments inspired by the philosophies of the Navajo.

Aman.comThe suites have stunning private terraces that look out onto the desert[/caption]

Aman.comThere is a 25,000 square foot Aman spa where guests can enjoy treatments inspired by the philosophies of the Navajo[/caption]

Aman.comThe average rate per night for a suite at Amangiri is $5,000[/caption]

Kanye and Bianca’s rumored honeymoon comes after they reportedly tied the knot – just two months after his divorce from Kim, 42, was finalized.

They have yet to make their marriage legal by filing a marriage certificate, sources told TMZ.

The 27-year-old until recently bore an uncanny resemblance to the rapper’s ex Kim, but has since chopped her long brunette locks into a short blonde bob.

The pair were spotted wearing what appear to be wedding bands while having lunch in Beverly Hills on Monday.

Kanye had several public romances after Kim filed for divorce, including a short-lived fling with actress Julia Fox.

The Donda rapper then moved on to model Vinetria, before romancing model Chaney Jones.

Aman.comThe property is located on 600 acres in Utah’s Grand Circle of National Parks and Monuments[/caption]

AlamyThe desert resort if a favorite with the Kardashian family[/caption]