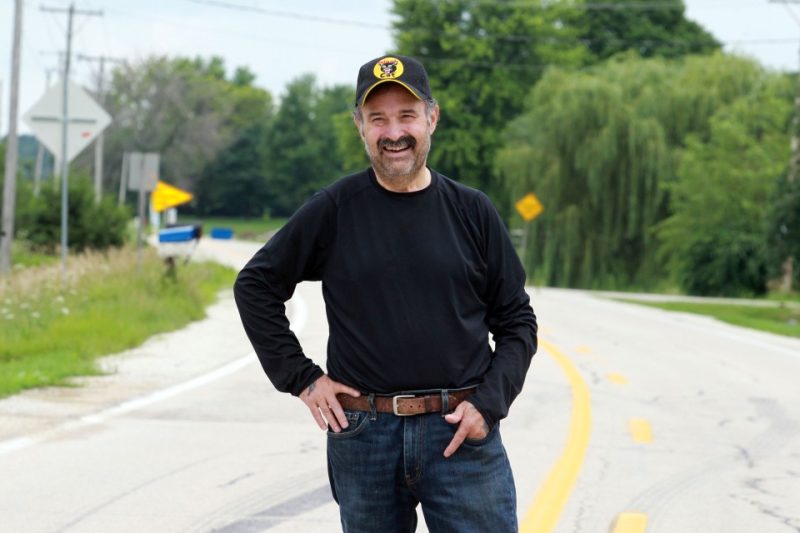 Frank, 59, was hospitalized for a stroke on July 14 and has been recovering in an Iowa nursing facility.

Google MapsActivities at the center include golf, basketball, scenic walks and more[/caption]

The U.S. Sun can exclusively go inside the star’s center where he has been since September 6, 2022, according to conservatorship court papers.

For a stroke, the facility has an “ENGAGE” program that provides medical and rehabilitation care to respond to the specific patient’s special needs.

The acronym stands for energy to meet program demands, neurologically stable, goals specific to rehabilitation, access to family and community support, good control of medical conditions to prevent a secondary stroke and enthusiasm for the rehab process.

Patients receive three to five hours of therapy a day for five to six days a week.

All patients at the facility have their own private bedroom with either a sole or shared wheelchair-accessible bathroom.

When Frank isn’t in therapy, he has many amenities and activities to enjoy.

The facility has a “one-of-a-kind therapy garden” that includes “new walking trails with varying surfaces and interwoven paths.”

The website reads: “There is an amphitheater for group activities, including a putting green and basketball court, interactive areas like a butterfly garden, water features, built-in music areas, and a zen garden.”

There are also satellite gazebos, a beautiful pond, and even an obstacle course and playground for patients with children and grandchildren.

Frank’s friends filed an emergency appointment of temporary guardian and conservator for the star on August 18, claiming his “decision­-making capacity is so impaired.”

The documents obtained by The U.S. Sun read: “Because of his stroke, Mr. Fritz’s decision­-making capacity is so impaired that he is unable to care for his own safety, or to provide for necessities such as food, shelter, clothing, or medical care without which physical injury or illness may occur.

MidWestOne Bank is the conservator to handle Frank’s financial affairs.

Frank revealed his feud with co-star Mike during the 2021 interview with The U.S. Sun.

Frank said: “I haven’t talked to Mike in two years. He knew my back was messed up, but he didn’t call me up and ask how I was doing. That’s just how it is.

“The show is tilted towards him 1,000 percent. I can’t even bend that far down to show you how much.

“That’s fine. It’s like you’ve got Aerosmith and there’s Steven Tyler and he’s the frontman. I found my spot, I’m second and he’s number one on the show. That’s no problem with me, maybe he does have a problem.”

He even admitted: “I think Mike wants to get his brother Robbie in there to replace me. I don’t know why he’s behaving like that towards me.”

American Pickers returned on Wednesday, January 4 after being off the air since September.

Mike denied a feud and even gave hope that the fan-favorite star could return to the show after suffering the debilitating stroke.

While visiting Washington, DC in December, Mike was asked by Capital Paparazzi if he would be willing to make amends with Frank.

Mike said: “Frank and I are friends, he was just at my brother’s graduation for his kids right before he got his stroke.

“If anybody’s thinking about Frank, they should be praying for him.”