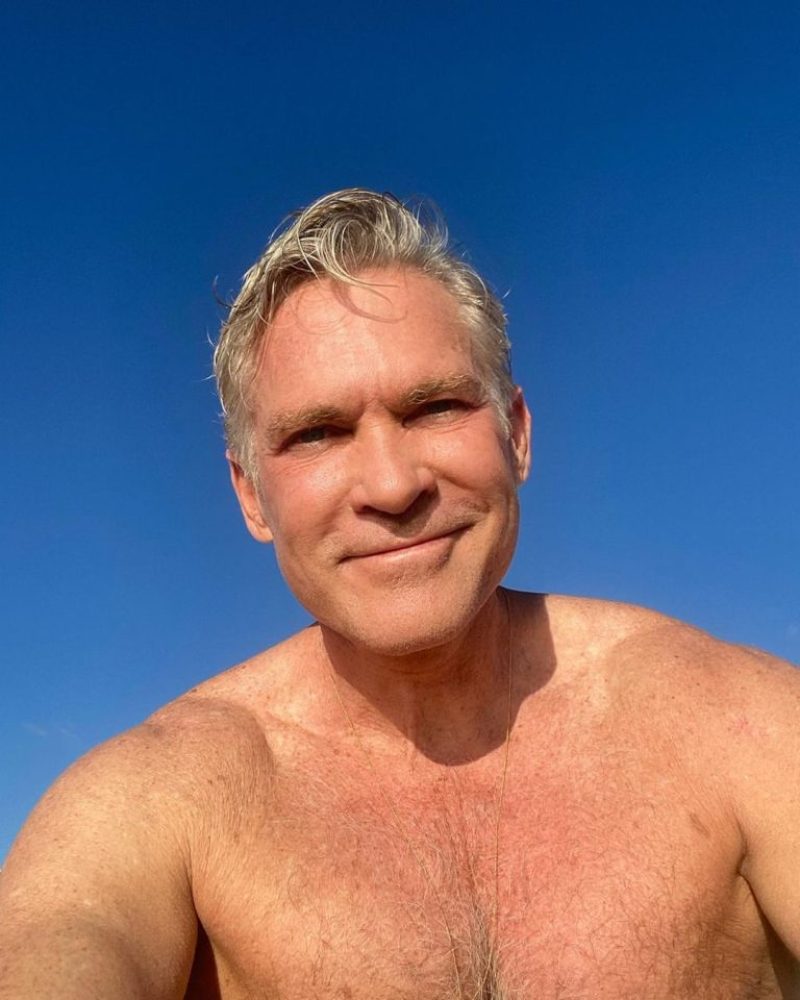 GMA weatherman Sam Champion has been branded a “blatant show off” by a furious viewer online.

The meteorologist, 61, is on vacation in Brazil and has been absent from the morning show.

On Thursday, Champion shared a picture of himself with his partner Rubem Robierb on the sun-kissed beach in Ipanema, Rio de Janeiro.

The pair had a “beach day” and were seen sporting swimming trunks as temperatures reached a sizzling 84F.

Dozens of fans sent their well-wishes to the GMA presenter, while some questioned his choice of swimwear.

But, one critic branded the daytime TV weatherman a “blatant show-off.”

They raged: “Ion like this one bit. I’m in thermal, raincoat, and rain boots.”

Ion is a slang term often used in text messaging that means “I don’t.”

Viewers said Champion and Robierb  were in “fantastic shape” while one Instagram fan branded the duo “The Boys of Summer.”

Another fan said: “There’s (sic) some fine-looking men right there, I tell ya. You both look happy and peaceful.”

And, a third posted: “Love everything about this.”

A fan gushed that the pair can “put all the 30-year-olds to shame.”

Instagram users described the surroundings as “heavenly” and urged Champion to enjoy his vacation.

But, some have been urging Champion to return to the morning show amid his absence.

His ABC7 colleague Heather O’Rourke told the meteorologist that she was “missing him” in a touching post.

Champion also reflected on 2022 in a montage that showed highlights from last year.

He captioned the post: “2022 in review from our ninth anniversary to our 10th and so many beautiful people, places and experiences. Thank you ALL for being a part of a truly extraordinary year.”

Champion has been in the South American country celebrating his 10th wedding anniversary with Robierb.

Earlier this week, he admitted that the weather hasn’t been the “sunniest” while in Rio but described the beach as “wild and wonderful.”

On January 2, the TV star shared a clip that showed himself and Robierb drinking booze while on the beach.

He also shared clips of fireworks that illuminated the sky as the pair welcomed the New Year.

The U.S. Sun revealed how Champion was left red-faced when he forgot he was on air while locked in conversation with Gio Benitez.

Viewers were left stunned when he shared an unrecognizable picture from the 1990s.

InstagramSome Instagram users questioned Champion’s choice of swimwear, while others said he could put 30-year-olds to shame[/caption]