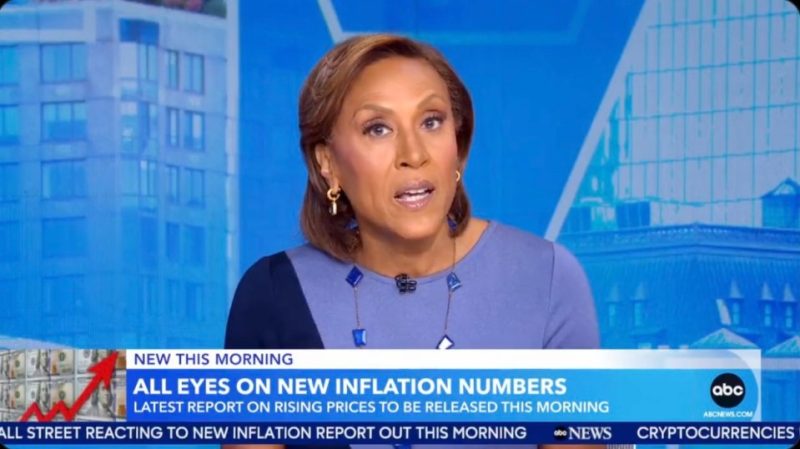 Ginger celebrated her 42nd birthday with the likes of Michael Strahan, George Stephanopoulos and Cecilia Vega.

She added, “Yay!” while clapping and cheering with her colleagues.

Ginger, who was standing next to the main desk, thanked her co-hosts, before joking: “I almost ran outside celebrating.”

Robin – who has had several unexplained absences in recent weeks – was nowhere to be seen during the morning show.

Her absence comes after several months of drama for GMA.

GMA3 co-stars TJ, 45, and Amy, 49, sent shockwaves through the TV world when their “affair” was exposed in late November.

They were spotted enjoying what looked like a series of PDA-filled “dates” and even a weekend getaway earlier that month.

The pair – who began anchoring GMA3 in 2020 – reportedly began their alleged affair in June.

The couple has remained off the air since December 5 while an internal investigation is carried out.

Since the news broke, TJ and Amy have made no secret of their relationship in public.

Robin and her co-host George are reportedly “furious” about the messy scandal, but have not commented on it publicly.

A source close to GMA production exclusively told The U.S. Sun they great pride in their team’s reputation for demonstrating strong family values and happy marriages.

“George and Robin do not like this. This is very messy,” the source explained, adding that the pair once prided themselves on not having a scandal like Today suffered in 2017.

“They prided themselves on not having a sex scandal, like Today once did with Matt Lauer.

“They were so proud all their hosts were decent, married, and committed people.”

The source said that the news is more painful to Robin, who has an extremely close bond with Amy.

“Amy and Robin are really close. Robin convinced Amy to get what would end up being a lifesaving mammogram on live TV. Their bond is very strong.”

The source added: “Robin is an idealist. She is the boss. When something goes off the rails she jumps in and tells people to tidy the mess up.

“And I’m not so sure there’s a way to tidy this one up. This is all very dirty for a morning show.”