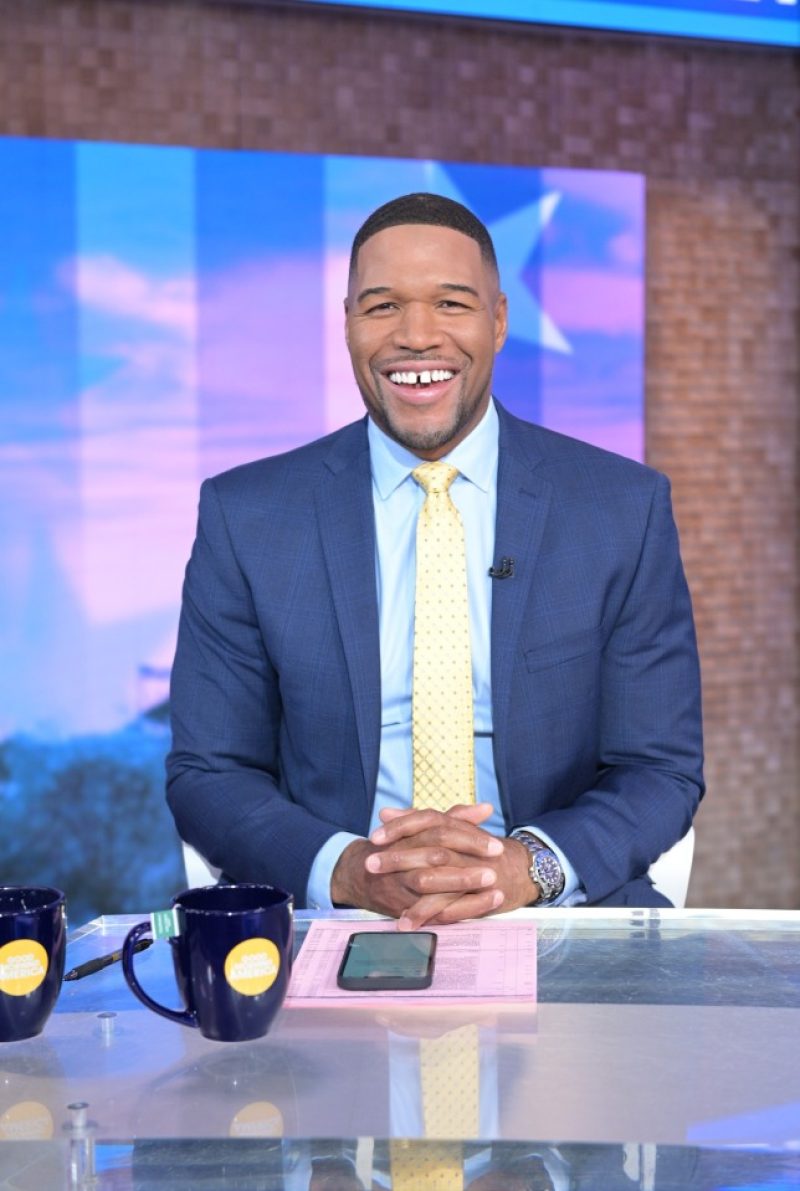 It comes just as the host returned to the morning show amid his frequent breaks.

Michael Strahan is going to be honored with a star on the Hollywood Walk of FameGettyGettyThe host has taken many breaks on GMA, leaving guest hosts to fill-in[/caption]

It was announced on January 13 that Michael will receive a star on the Hollywood Walk of Fame.

His star will be the first one dedicated to Sports Entertainment.

The GMA host will receive the honor on January 23 on Hollywood Boulevard.

“Sports fans will be thrilled to be able to see their favorite sports figures who are involved in the entertainment business receive their stars,” Walk of Fame producer Ana Martinez said in a press release.

Aside from hosting GMA, Michael is a football hall of famer, Superbowl Champion, NFL on Fox Analyst and host of The $100,000 Pyramid.

Prior to GMA, Michael hosted Live With Kelly and Michael, which they both received Emmys for.

But, this star is to honor his work in the sports world.

The ceremony will be emceed by Hollywood Chamber of Commerce chair Lupita Sanchez Cornejo.

They can go in person or watch a live stream at walkoffame.com.

Avid GMA fans know that Michael is absent from the show nearly every Monday.

Being an analyst for NFL, he is on the West Coast on Sundays, which makes it hard for him to return to New York the next morning.

So, fans typically see him on their screens four days a week.

However, Michael has sparked concern with his absences, as he is out more than other hosts.

Robin Roberts and George Stephanopoulos returned to the morning show after the holidays, but Michael was still off for a few days that week.

Linsey Davis filled in for the host before he returned.

However, his reasoning for his extended absence was explained when the show revealed that Michael had interviewed Prince Harry about his new book, Spare.

Since The Duke of Sussex now lives in California, the host could not be on two coasts at once to also be on the show.

Aside from his Emmy Awards and upcoming Walk of Fame star, Michael has a few other awards under his belt.

The host obtained more awards in the sport including Defensive Player of the Year.

Last October, Michael was recognized as Broadcaster of the Year by the New York State Broadcasters Association.

He was feted by his broadcast peers at a lavish Big Apple luncheon.

“We are honored to recognize Michael Strahan as our Broadcaster of the Year for 2022,” said David Donovan, president of the NYSBA. “This was a unanimous decision by the board of directors.

“Strahan is a tour de force in television. You see his award-winning talent every morning when he co-anchors ABC’s Good Morning America.”

“NFL games would not be the same without his insights and analysis,” David continued. “He brings a perspective that can only be provided by a Pro Football Hall of Famer.”

GettyThe host is a two-time Emmy winner, as well as a Hall of Famer[/caption]