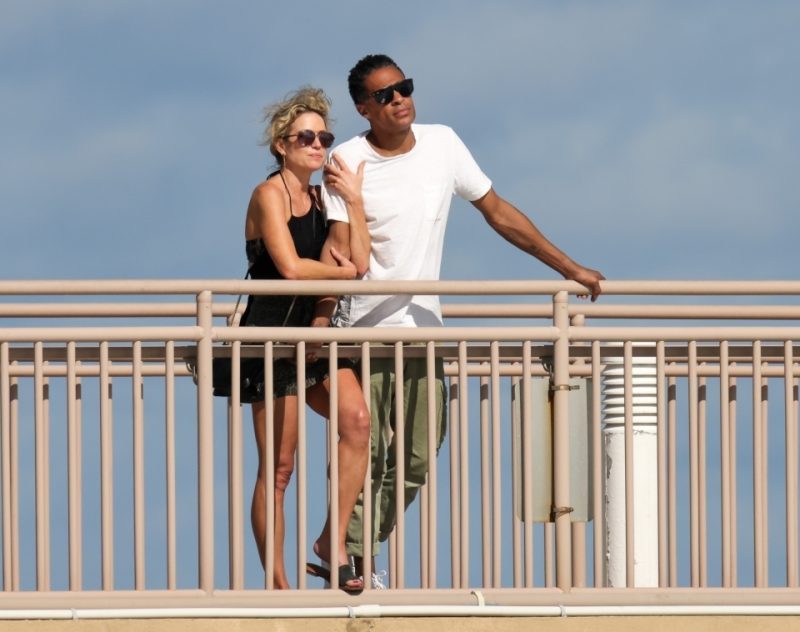 GOOD Morning America hosts Amy Robach and TJ Holmes fear they will soon be fired as ABC’s investigation into their reported affair drags on into week seven, The U.S. Sun has learned.

One source close to the co-host couple exclusively told The U.S. Sun that Amy and TJ are bracing for the worst possible outcome after their romance and his other inter-office flings came to light.

The GMA3 co-hosts brought on two high-powered attorneys earlier this week as they deal with the network .

One source close to the couple said: “It certainly sounds like they are out.

“They’ve been off the air for nearly seven weeks. They would have been back on the air if everything was fine.”

Meanwhile, a second source said that despite a report that the pair have already been fired, the network has not yet made a decision.

“It’s not accurate to say they are out, since no decision has been made.

Meanwhile, a second close to Amy and TJ told The U.S. Sun that the couple has bolstered their respective teams with attorneys because they are taking the network’s investigation very seriously.

“They feel this has dragged on absolutely way too long and think it’s bizarre that there is no information about what’s happening with the investigation coming from ABC.”

“The couple believes there is no scandal, these are two consenting adults and had they been put back on air over the holidays, this would all be behind them by now, and nobody would care.”

They also said while it’s not typical to lawyer up in the situation TJ and Amy are in, it’s an indicator that they are ready to file a lawsuit.

Amy hired powerhouse attorney Andrew Brettler, who confirmed to The U.S. Sun that he has joined her team.

TJ hired Eric George, who did not immediately respond to a request for comment.

ABC also did not immediately respond to a request for comment.

TMZ was the first to report the news of the co-hosts’ legal teams.

The anchors were seen on PDA-filled dates together back in November 2022, while both were married to other people.

Their future “remains in limbo” as executives continue to investigate their alleged affair, a source has told The U.S. Sun.

The well-placed source exclusively revealed that Amy and TJ will continue to be sidelined from GMA3 for the immediate future, as ABC’s investigation into the potentially problematic inter-office relationship continues.

“Amy and TJ have been off the air a full six weeks now, and while they thought there would be a resolution by now, ABC has still not made a determination as to their future at GMA3 or the network in general,” the source said.

“There will not be a resolution this week. Their future at ABC remains in limbo.”

Meanwhile, one industry insider drew a comparison to NBC’s 2017 investigation into disgraced Today anchor Matt Lauer after he was accused of sexual assault and harassment.

“They’ll be on week seven off the air if this continues through next week,” the insider pointed out.

“It was seven weeks from the time Matt was pulled from Today through his ultimate firing.”

Another source added that while TJ and Amy have remained publicly hopeful, they are frustrated by how long the process is taking, and they expected that there would have been a resolution by now.

The source also pointed to ABC News President Kim Godwin’s statement from early December to staffers in a call, in whcih she said: “After a lot of thought, I am taking Amy and T.J. off the air as we figure this out.”

The ABC exec went on to say TJ and Amy’s relationship was “not a violation of company policy,” and that the decision to take them out of their anchor chairs was necessary for the“GMA brand as a whole.”

As one expert previously told The U.S. Sun, ABC has a trove of information that they would likely need to sift through in their investigation into Amy and TJ which is likely partly why its taking the time it has.

GMA3 fans have grown used to TJ and Amy’s replacement and praised them.

Viewers begged for TJ and Amy to remain off-air as they don’t want to watch the lovers “flirt for an hour.”

Rhiannon Ally and DeMarco Morgan filled in for the hosts this week.

Fans flooded the comments of Rhiannon and DeMarco’s Instagram accounts with their praise for the GMA3 hosts.

One wrote: “I like the new hosts. I don’t want to watch TJ and Amy flirt for an hour anymore.”

Another added under Rhiannon’s photo of her and DeMarco: “Personally these two are great.

“I don’t want Amy or TJ back. They make the show great without the flirting.”

GettyAmy and TJ have remained off air for 6 weeks, while host Dr. Jennifer Ashton has had to carry on without them[/caption]