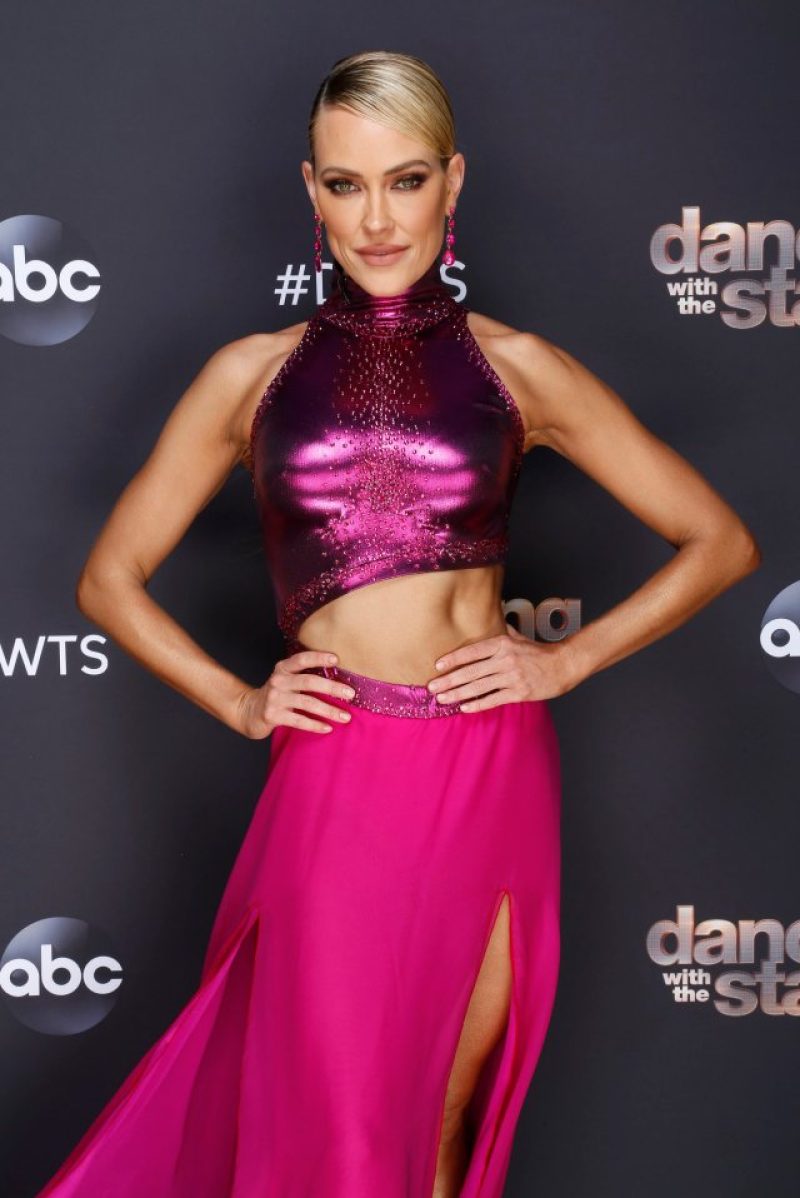 DANCING With The Stars pro Pete Murgatroyd has announced that she is pregnant with her second child.

The news was first confirmed by People and then by Peta herself on January 13.

Peta Murgatroyd is pregnant with her second childGetty Images – Getty

“All natural, it happened,” she told the publication.

“I didn’t even know I was pregnant for so long until I was really feeling sick. I danced through Dancing with the Stars with it. I started feeling weird, started feeling a little bit sick and a little bloated and I didn’t want to test for weeks.”

Peta competed on this season of DWTS with actor Jason Lewis, but was sadly eliminated first.

She is already the mother to six-year-old Shai, whom she shares with her husband and former DWTS pro, Maksim Chmerkovskiy.

According to People, Peta is already 18 weeks along and due in June.

The dancer has had three miscarriages and tried IVF for months before finally receiving a positive test.

The 36-year-old took a pregnancy test six or seven weeks after conceiving and was in total shock.

“I think it was the fastest positive I’ve ever seen in my life,” she said.

It just came up super quick and I was just shocked. It’s been completely different from my past pregnancy.”

She continued: “It wasn’t like I jumped for joy and I shouted from the rooftops, ‘Oh my God, I’m pregnant. Yay!’ It was more like a, ‘Okay, well let’s see what happens because I’ve been through this four other times, and it hasn’t worked.’ So I was very skeptical. I didn’t even tell Maks for a while.”

Peta also told the publication that she already knows the sex of the baby, but is keeping it private for now.

The exciting news comes just days after her sister-in-law and DWTS pro, Jenna Johnson, gave birth to her child, a son with husband, Val Chmerkovskiy.

Shortly after People released the news, Peta took to Instagram to announce it herself.

She sat on the floor in underwear and an over-sized shirt, which was lifted up to show her growing bump.

The other two photos showed her smiling and flaunting her stomach.

“It brings me immense joy to finally announce that @maksimc and I are expecting our Chmerkovskiy #2,” she wrote.

“After 2 years of constant struggle and heartache, 3 miscarriages and a failed embryo transfer…we have a healthy bun in the oven :)) It was a shock to all of us and we found out right before I was going in for my second round of IVF.”

Peta continued: “I want to thank ALL OF YOU who’ve been on this fertility journey with me from the beginning. It feels like I’m sharing this news with my extended family. Thank you for sharing your stories and tips to get me through my IVF cycle and thank you for the plethora of encouraging comments and DM’s …I read them all.”

“This news has brought extraordinary bliss to our family and we have so much to be grateful for….coming June 2023.”