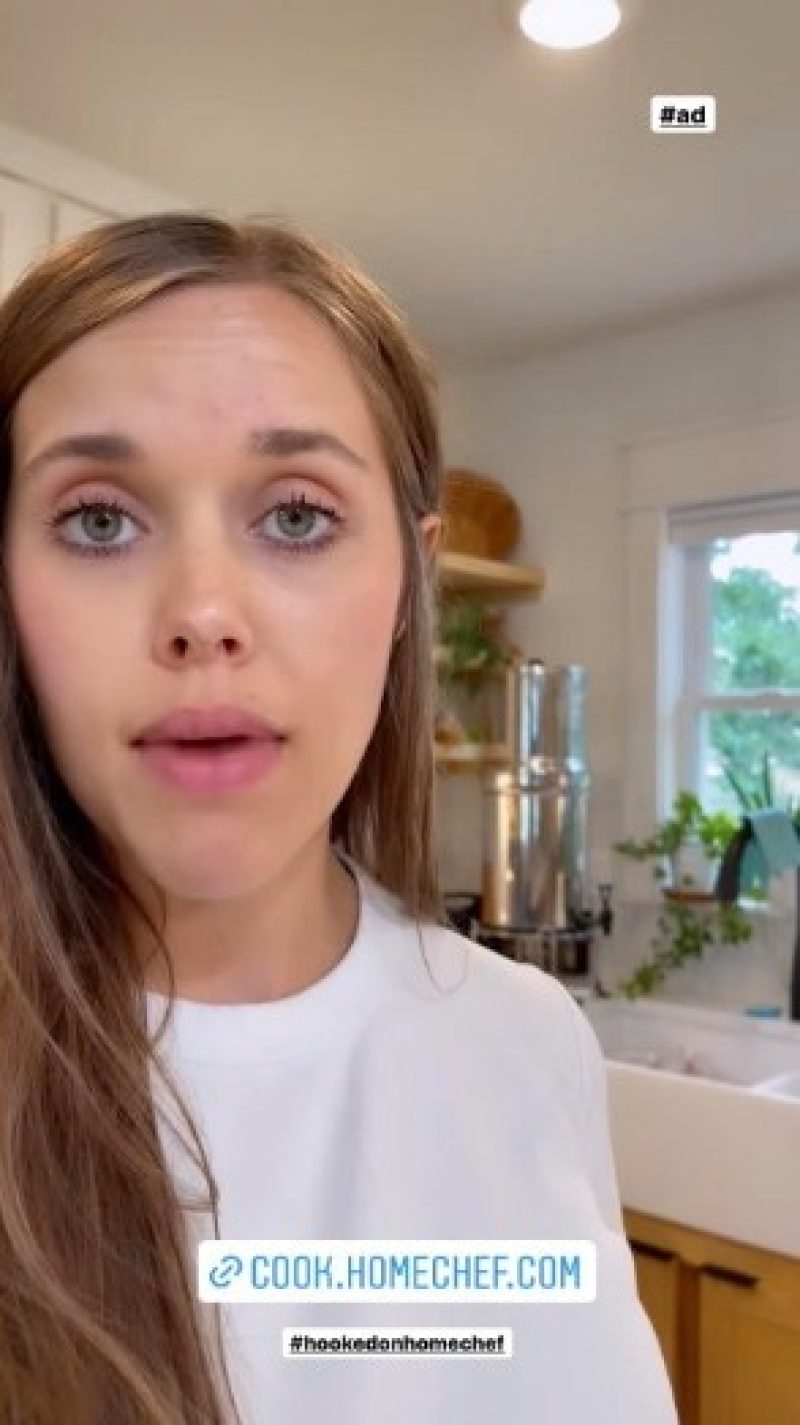 FANS have shared theories that Jessa Duggar is pregnant with her fifth child after noticing a clue on social media.

The Counting On star and her husband Ben Seewald welcomed their fourth child in July of 2021, a daughter named Fern.

Now fans believe they have proof that Jessa, 30, is pregnant with her fifth.

The reality star’s eagle-eyed followers noticed that she hasn’t posted on Instagram since late November, sparking speculation that she might be hiding a baby bump.

Several took to Reddit to discuss the potential for another Seewald baby.

“Jessa’s continued absence on social media – Her last post was November 21. She missed Thanksgiving, Christmas, and New Years. Is she just taking a break?” one wrote, opening up the conversation.

“I’m wondering if she WAS pregnant. I feel like the last time she was this MIA was when she miscarried after (?) Ivy? There was that whole bee-themed photo shoot she never posted photos of,” a second speculated.

A third remarked: “I’m thinking she’s pregnant like others have said. Hopefully she will announce soon, I want to know what name she’ll come up with this time.”

“Not disagreeing with you, but I just don’t see why pregnancy would be a reason to stop posting. Why miss out on sponsorship opportunities etc for months just for the sake of keeping a fifth pregnancy a secret?” a fourth argued.

“Pregnancy maybe but could her and Ben be going thur marital issues especially stemming from Jinger’s book. Plus maybe Ben’s church has said something too about her social media,” a fifth mentioned.

Jessa’s pregnancy speculation began when fans spotted a “bump” underneath her dress in a holiday decorating video.

The 30-year-old took to her Instagram profile in late November to show off a “family fun night” gift from Walmart.

The reality star posed with her husband Ben Seewald, 27, and their four kids Spurgeon, seven; Henry, five; Ivy, three; and Fern, one.

“Tonight we’re gonna have a little family fun night,” the TLC father told the camera as his wife chimed in: “Sponsored by Walmart.”

Cameras rolled as the crew unloaded a box filled with Christmas-themed goodies such as photo props and stickers.

Later, Jessa made some hot cocoa on the stove as her husband played silly games with the kids in the living room.

The TV personality captioned her post: “We’ve put up our tree and we’re getting in the Christmas spirit! #ad@walmart has everything we need to make the season merry and bright!

“I’m super sentimental and I love Christmas traditions! We have a handful of old ones that were passing down to our kids— like building gingerbread houses and reading the Christmas story from Luke chapter 2,” she gushed.

“And we’re also creating new traditions, like sipping hot chocolate while making homemade ornaments to put on the tree!”

“Hope you have a wonderful holiday season celebrating with your loved ones!” the Counting On alum closed.

But fans were more distracted by Jessa’s outfit, as the busy mother-of-four opted for a flowy brown dress to conceal her figure.

“And actually, Jessa has some pudge that isn’t just the gathers of her puke-colored dress. She could be knocked up again,” another examined.

“She also always gets really cautious with the cropping when she’s pregnant. If her pics all start becoming chest up, then you can almost guarantee she’s pregnant,” a final speculated.