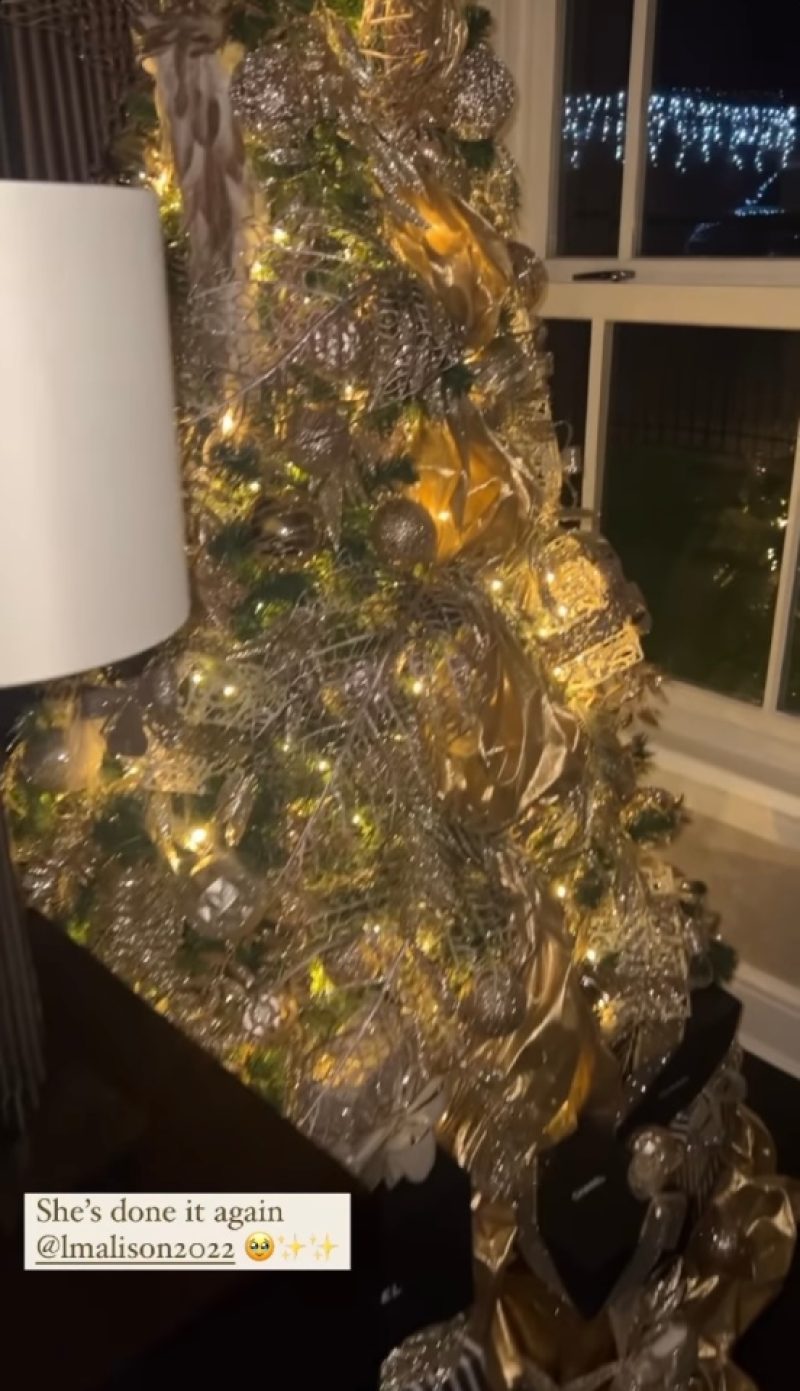 OLIVIA Attwood has officially got into the Christmas spirit after being forced to quit I’m A Celebrity last month.

The former Love Island star took to her Instagram stories to share a stunning Christmas tree which she had put up in her stunning Manchester home.

The blonde beauty shared a video clip which put the tree on full display as it was adorned in gold and silver decorations.

The luxurious tree was touching the top of her ceiling thanks to its height and delicate silver ornament placed on the top.

It dazzled the eyes thanks to its flicker of golden lights running though it.

The tree was decorated by Warrington based company Lasting Memories and Events who declared they had named it the ‘Chanel tree’ due to it being stacked upon a number of empty Chanel boxes.

They said of the creation for Olivia and her fiance Bradley Dack: “So let’s just call this the Chanel Tree as I used some of Olivia’s empty Chanel boxes this time, decorated them with ribbons and used them around the bottom of her Christmas tree.

“I always like to decorate the tree’s that I do to the floor as it makes them look nicer and bigger too.”

The addition of the designer boxes added a further air of luxury to Olivia’s living room staple.

The stunning tree was likely a great comfort to Olivia who broke down in tears earlier in the day after being verbally attacked by two strangers.

The 31-year-old star said a dog owner turned on her calling her a “b**ch off the telly” and a “psycho” in a vile rant.

Olivia spoke to her Instagram followers through floods of tears in her car.

She explained she’s had a showdown while walking her dog when a woman and then a man turned on her.

The star also slammed passers-by who stopped to film her ordeal instead of helping – saying simply: “People are evil.”

“She’s saying I’m a psycho, like every expletive under the planet. Obviously because she screamed, and I’ve got a rescue dog, Lola was then like freaked out.

“Lola was then doing laps so I was trying to get hold of Lola and this woman was just like screaming.”