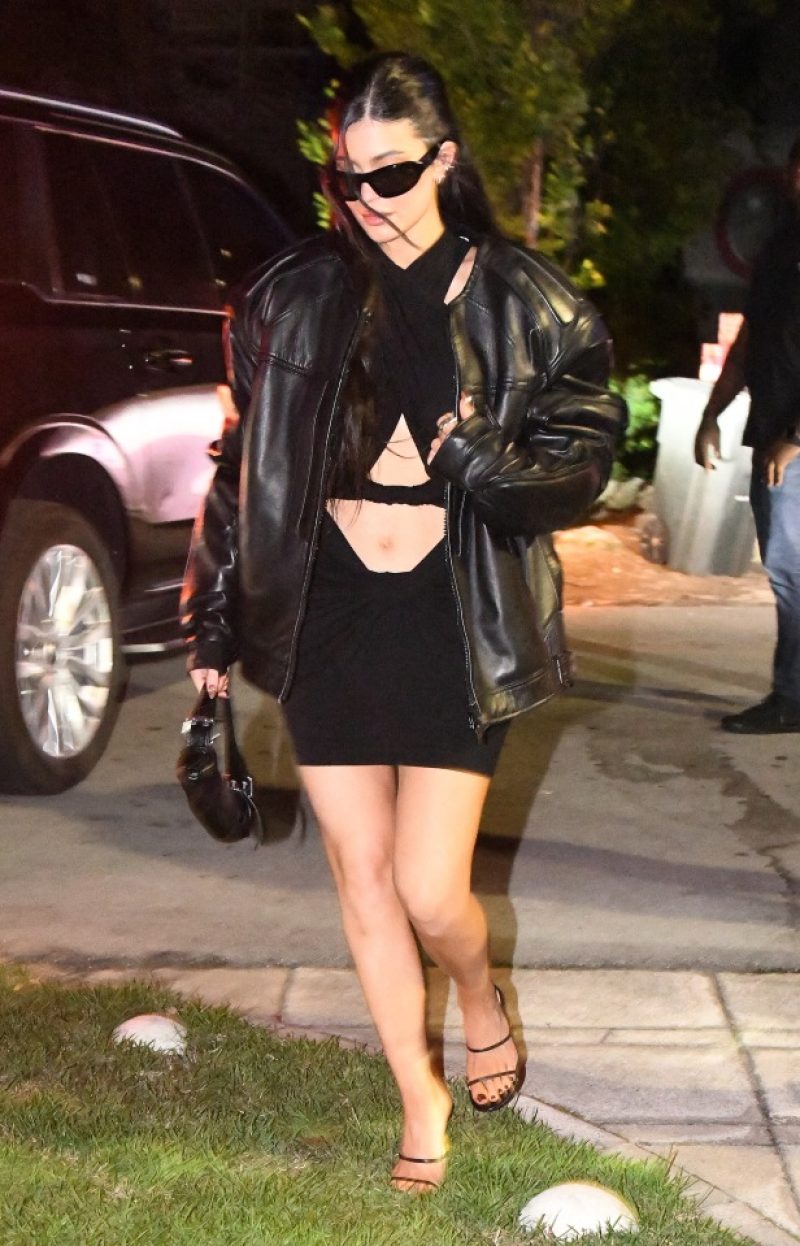 KYLIE Jenner has been spotted out and about in Miami wearing a very daring dress.

Kylie, 25, flaunted her slender physique as she arrived at Loren Ridiinger’s Art Basel party, which was also attended by her older sisters Kim and Khloé Kardashian.

The mom-of-two wore a skimpy minidress which featured a halterneck top and criss-cross detail across her chest.

Kylie’s minuscule garment was slashed at the naval, allowing her midriff to be full on show as she made her way from her vehicle to the party.

The reality TV star teamed the tiny dress with a pair of black strappy heels and an oversized black leather jacket.

She accessorized her look with dark sunglasses and a small black handbag as she enjoyed a kid-free night out.

Kim, 42, and Khloé, 38, kept their legs hidden as they arrived at the party wearing leather trousers and camouflage pants respectively.

Mom-of-four Kim suffered a wardrobe malfunction in her chosen outfit as she went braless underneath her teeny tiny black crop top.

The reality TV star perhaps didn’t anticipate that her bare breasts would be on show due to the camera’s flash.

Thanks to the thin material of her minuscule garment, onlookers could see Kim’s nipples as he bodyguard escorted her from the car to the party.

The Skims founder completed her look with a pair of black sunglasses and a gold personalized necklace as well as her new honey-colored hairdo.

As she strutted inside in her black pointy heeled boots, Kim glanced at her mobile phone and kept a serious face despite it being Friday night.

She was closely followed by her younger sister Khloé, who also opted to wear a skimpy black top which she teamed with a pair of green camouflage trousers.

The mom-of-two also left her bra at home and sported some serious cleavage as she walked into the party clutching a small silver glittery handbag.

Khloé completed her look with black open-toe heels, a chunky silver necklace and dark sunglasses – not too dissimilar from Kim’s.

She was accompanied by her good friend Jonathan Cheban, who was in an all blue outfit.

Kim and Khloé have been hanging out in Miami, Florida, for a few days – with the eldest sister showing off her midriff at any given opportunity. 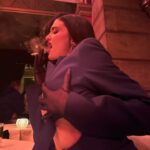