Will there be a season 2 of Wednesday on Netflix? 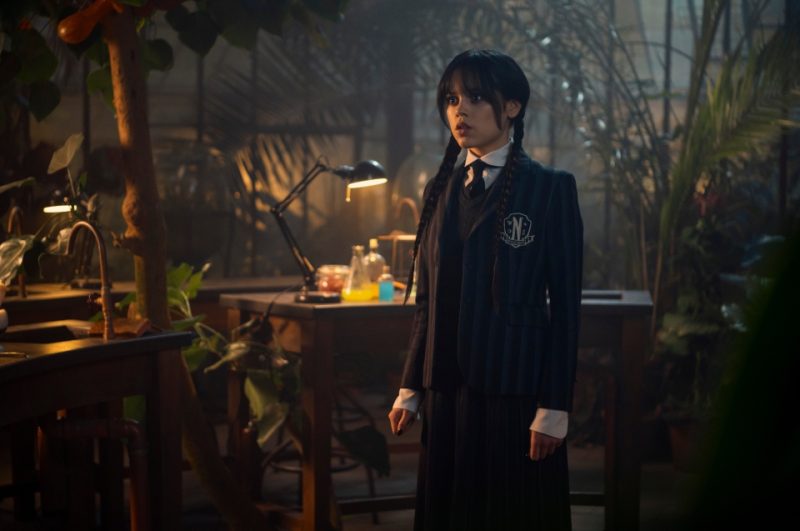 AS Wednesday’s turbulent year at the Nevermore Academy came to an end, fans are desperate to know if she will be going back to school.

The first series of the Netflix show spin-off of The Addams Family has left viewers desperately longing for more.

Will there be a season 2 of Wednesday?

Despite only being released on November 23, 2022, millions of people have already binged watched the new Netflix series Wednesday.

With a string of cliffhangers in the finale, it seems producers have left the door open for the Tim Burton adaptation to continue.

Netflix has not yet officially announced whether Wednesday will return for a second season.

However, co-creator Alfred Gough said there is “definitely more to explore in the world of the Addamses.”

Wednesday ending explained: Who is the monster?

Jenna Ortega, who bagged the role of the titular character, said she has “no idea” if there will be a follow-up series to the show.

Super fans have speculated that if it does go ahead, Wednesday series two would hit the screens by the start of 2024 at the earliest.

What is Wednesday about?

Wednesday follows the life of the sour-faced teenager and only daughter of the Addams Family.

She enrolls at her parent’s former school in the hopes of mastering her emerging psychic ability – but is confronted by their past.

As the titular character navigates the Nevermore Academy – a school for Outcasts – she becomes immersed in a puzzling murder case.

A mystery monster has been attacking people around Nevermore and the neighboring town of Jericho – and Wednesday believes she can find the culprit.

Her weird and wonderful magical abilities aid her through her amateur investigation and to a list of several potential suspects.

Dark humor, romance and teen struggles dictate the story of the gothic teen in this Addams Family revival.

How did season 1 of Wednesday end?

The eight-part series wraps up with the episode “A Murder of Woes”, which focuses on the identity of the serial killer slaying students.

Wednesday, played by Jenna Ortega, has been meticulously keeping track of the mysterious murders of outcasts and normies.

The extraordinary schoolgirl finally manages to unmask the Hyde – the terrifying monster who has been torturing the town.

She digs deeper into the creepy killing spree after being aided by her psychic abilities and visions.

But she also stumbles across some haunting family secrets along the way, leaving her questioning her parents.

Expect thrills, gore and valuable lessons in the finale of the eight-part series and the culmination of Wednesday’s school year.