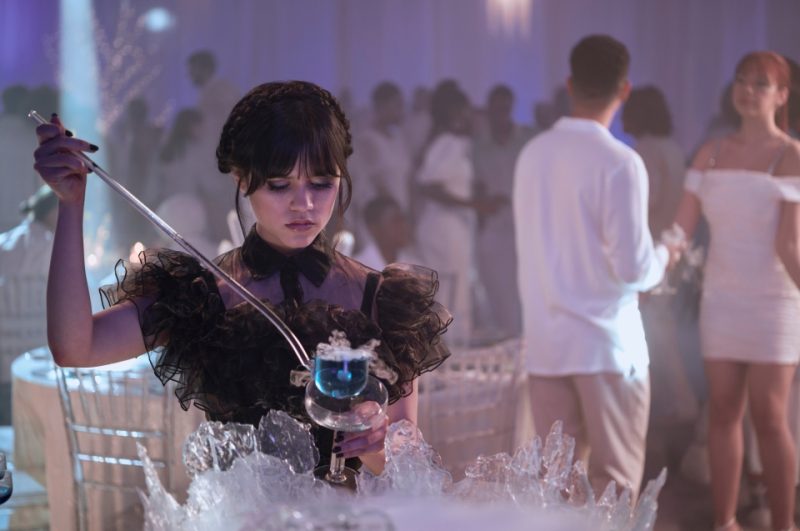 THE ADDAMS Family has come a long way from its 1960s-era success, but its lasting legacy remains firmly intact.

The eternal adoration of the cult classic prompted Netflix and Tim Burton to team up to bring the brood back to fans’ screens in 2022.

Who is in the cast of Netflix’s Wednesday?

The cast of Netflix’s Adamms Family revival couldn’t be anything less than legendary – as the characters have some big shoes to fill.

Wednesday showcases the talents of familiar faces as well as Hollywood‘s rising stars.

Taking on the roles of the macabre brood and the misfits that make up Nevermore are a string of stellar actors.

The cast of Netflix’s Wednesday includes:

Over the years, she has been seen in several productions but she is arguably best known for her roles in Chicago, Prodigal Son, The Mask of Zorro, Traffic, and Entrapment.

The stunning 53-year-old expertly embodies one-half of the “beautifully mismatched couple” Morticia and Gomez, according to director Tim Burton.

Alongside her role in Wednesday, she is also set to star in the Disney+ original series National Treasure: Edge of History.

Everything to know about actress Jenna Ortega

Veteran actor Luis Guzman will portray the role of the swarve patriarch of the Addams Family, Gomez.

Since his career began back in the late 1970s, he has been seen in over 150 productions, including Out of Sight, The Limey, and Traffic.

Tim Burton personally offered Luis the role – and he said yes after reading the “funny” script.


Wednesday ending explained: Who is the monster?


Who is Jenna Ortega dating?


Netflix’s Wednesday: An inside look at the show’s filming locations

Jenna Ortega will portray the role of Wednesday Addams.

She admitted she felt the pressure of her “flawless” predecessors, such as co-star Christina Ricci, when she stepped into the shoes of the sour-faced teenager.

The actress is arguably best known for her role as Harley Diaz in Disney’s Stuck in the Middle and as Young Jane in Jane the Virgin.

In 2022, Jenna also joined the Scream franchise and will be reprising the role of Tara Carpenter in Scream 6, which will debut in 2023.

Isaac Ordonez will portray the role of horizontal-stripe-loving Pugsley Addams.

The rising star got his big debut in 2018 after starring in Disney’s A Wrinkle in Time. He has also been seen in 7th & Union.

Despite his lack of experience, he said he wasn’t nervous “at all” to take on such a huge role and decided to take a “funny” approach to his character.

Who has played Wednesday Addams over the years?

The new Netflix series tells the story of Wednesday Addams, who is no stranger to the weird and wonderful Addams Family universe.

Although Jenna has taken over the role, several actresses have already played the pigtail-wearing teen in different productions.

The stars who have played Wednesday Addams include:

In March 2022, it was announced that Ricci would be returning to the franchise in the upcoming Netflix series – but as a different character.

She instead starred as the sweet, innocent Nevermore teacher Marilyn Thornhill – who is hiding a dark secret.

When will Netflix’s Wednesday be released?

Wednesday was released on Netflix on November 23, 2022.

A horde of fans have already binged watched the entire series dedicated to the loveable moody teenager.

PrevPreviousGMA’s Michael Strahan reveals ‘secret’ behind not looking his age and tells legend how to take care of his own features
NextWednesday ending explained: Who is the monster?Next