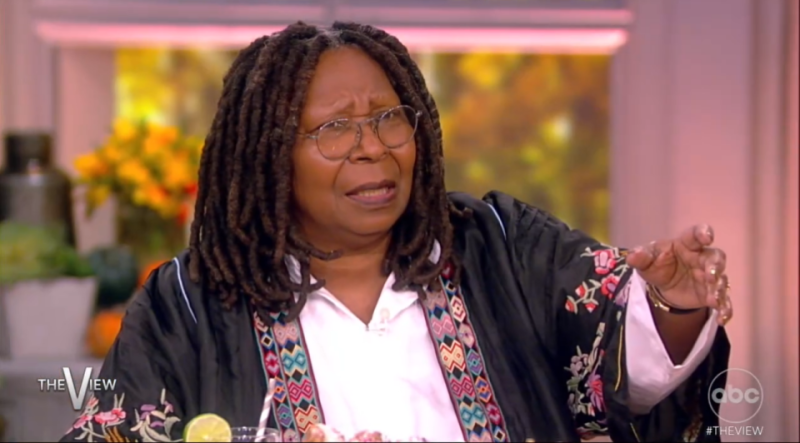 WHOOPI Goldberg was forced to step in after Joy Behar made a sly dig about Sunny Hostin’s outfit live on air.

During Wednesday’s broadcast of The View, the panel was discussing Joe Biden’s granddaughter Naomi’s wedding.

Sunny raved about the wedding, before saying: “I could be a professional wedding crasher because I love weddings.”

Joy cut in: “You almost wore a wedding gown today and you told [the stylist] it was too much of a bridal gown.”

Sunny shot back: “I know… it was gorgeous though.”

Joy told the audience: “So forget being the crasher, you could be the bride as well.

“She had on a gown that looked just like she was getting married.”

Whoopi looked irritated and stepped in to say: “Wait, wait finish the point,” as Sunny commented: “It was very pretty.”

Whoopi repeated: “Finish the point!” as Sunny gestured to the black dress she later changed into and said: “And now it’s more like funeral garb.”

While Whoopi often cuts into show conversations as the moderator, she also isn’t afraid to show off her more playful, sexual side.

Earlier this month, the Sister Act actress admitted she has a “freaky” sex life.

During a birthday celebration episode on The View, Sara Haines asked “Whoopi, do you like it freaky?”

Whoopi shot back: “Oh, I don’t have to try to remember. I am all things. I’m all those things.

Recently, Whoopi hinted about “having more sex than” other people during an interview about getting older.

The host opened up about it all with TalkShopLive while promoting her new book, Two Old Broads, which she co-wrote with the late author M.E. Hecht.

She said: “It’s a book of celebration, go out and do stuff. You know, have sex! Nobody wants to talk about older people having sex but old people have sex all the time!