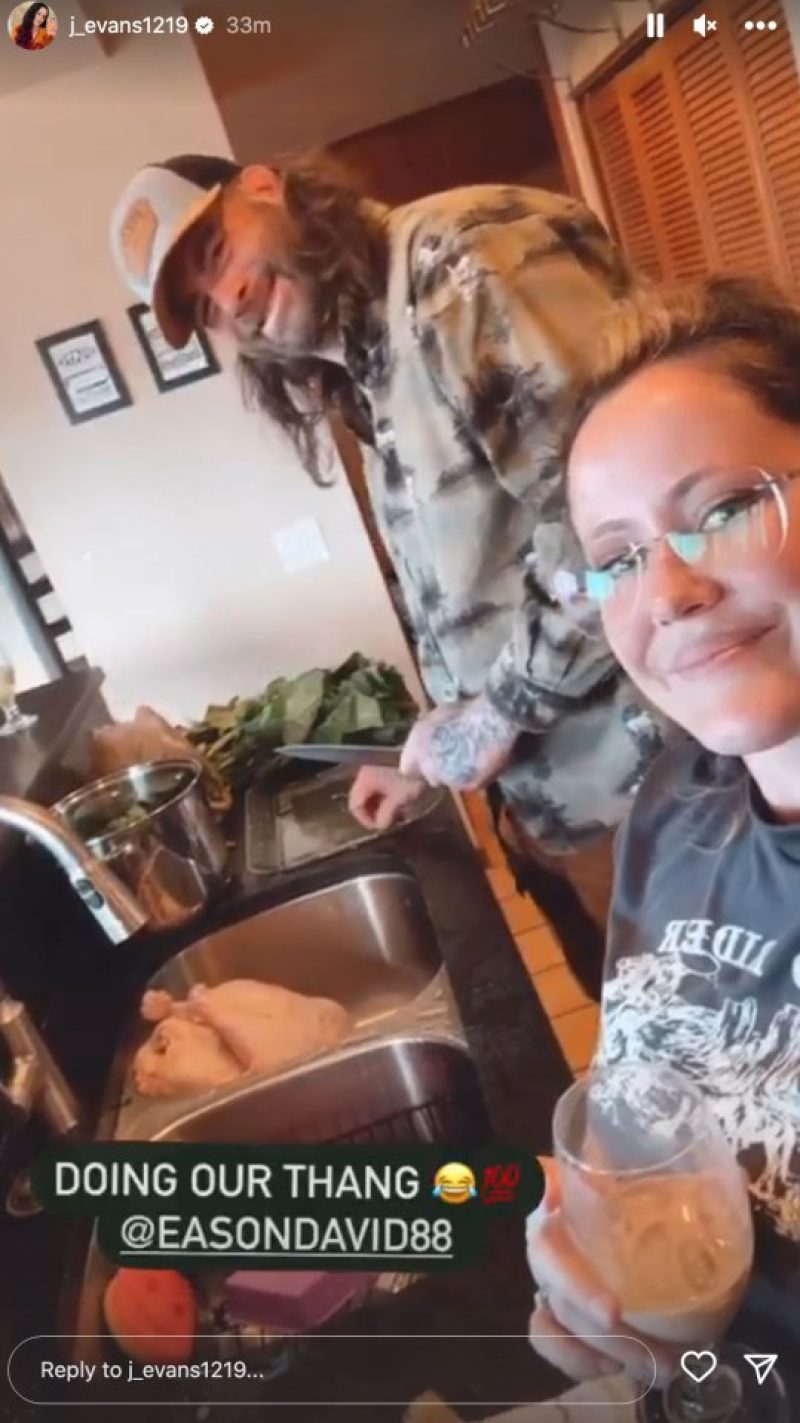 JENELLE Evans and husband David Eason have found themselves in the middle of a classic Thanksgiving conundrum.

To wash or not wash the turkey in a sink?

The former Teen Mom stars shared a photo this morning of their holiday preparations.

As Jenelle, 30, enjoyed a morning pick-me-up, David, 34, was in the background with a knife, chopping up veggies.

And in the sink, unwrapped and raw, was their bird.

Online, fans were quite emphatic about debating whether or not washing and leaving a turkey in the sink is acceptable.

“Lovely… Turkey in the sink and beard hair on the Turkey,” one fan slammed, adding a vomit emoji.

Another speculated: “He probably washed it with soap too.”

While one noted: “They need to wash the sink before washing the dishes.”

But for every slam, there was a salute.

“So what if the turkey is in the sink?” one person replied. “You have to wash it first. Especially if you brined it like I did.”

Another defended: “I wash mine. I’ve seen the studies, I understand the science. I am very meticulous about thoroughly disinfecting all the services before and after, as well as my hands and any cutlery used obviously.”

While one said flatly: “Uhhh…that’s how you prep a turkey before you cook it. I’d rather have it in the sink than on my kitchen counter.”

Regardless of the proper turkey prep, Jenelle is likely happy to be spending the holiday at home, as opposed to a hospital.

The reality star has been facing esophageal spasms among other breathing issues in recent months.

Earlier this month, she provided an optimistic update on her Instagram Stories, writing: “Connecting the dots with my health issues. One more blood test. Hopefully that’s it.”

She then added one more note, a personal request from fans and friends.

Before that, Jenelle revealed how much pain she was in while detailing exactly what was wrong.

The ex-MTV personality told fans she’s been suffering from esophageal spasms, which are painful contractions within the muscular tube connecting your mouth and stomach.

Just days earlier, she shared with followers that she underwent several procedures recently that left her “sore.”

Jenelle posted a photo of herself looking sullen as she lay in bed, captioned: “In bed today, feeling bad AF.

“Had 4 lung biopsies yesterday and SO sore.”

She took to TikTok as well to give fans a little more detail on her suffering.

“Have you guys ever had a bronchoscopy?” she asked her followers. “Where they stick the camera down your throat into your lungs and they take biopsies?

“Well, I had four biopsies done yesterday. So now I’m laying here in bed with my heating blanket that goes over my neck just trying to feel better because I’m super sore on the inside.”

She then asked: “Have you guys ever had biopsies of your lungs? Because this s**t sucks. I’m just sore.”

Jenelle then went into more detail about the procedures, adding: “They took one in my voice box so that’s like four lung biopsies and that.”

She told viewers: “And then they did a thing to my right lung called a lavage where they cleaned it out with saline water so, yeah. S**t’s crazy but I’ll get results later on this week and we’ll see what’s going on.”

The mom-of-three’s video concluded with: “I just had too much mucus built up in my system and we don’t know why.”

It’s unclear what led to the biopsies, but Jenelle has been open about her journey to diagnose an ongoing issue and tackle others for some time.

She is married to her husband David Eason and has three kids: sons Jace, 13, and Kaiser, eight, and daughter Ensley, five.