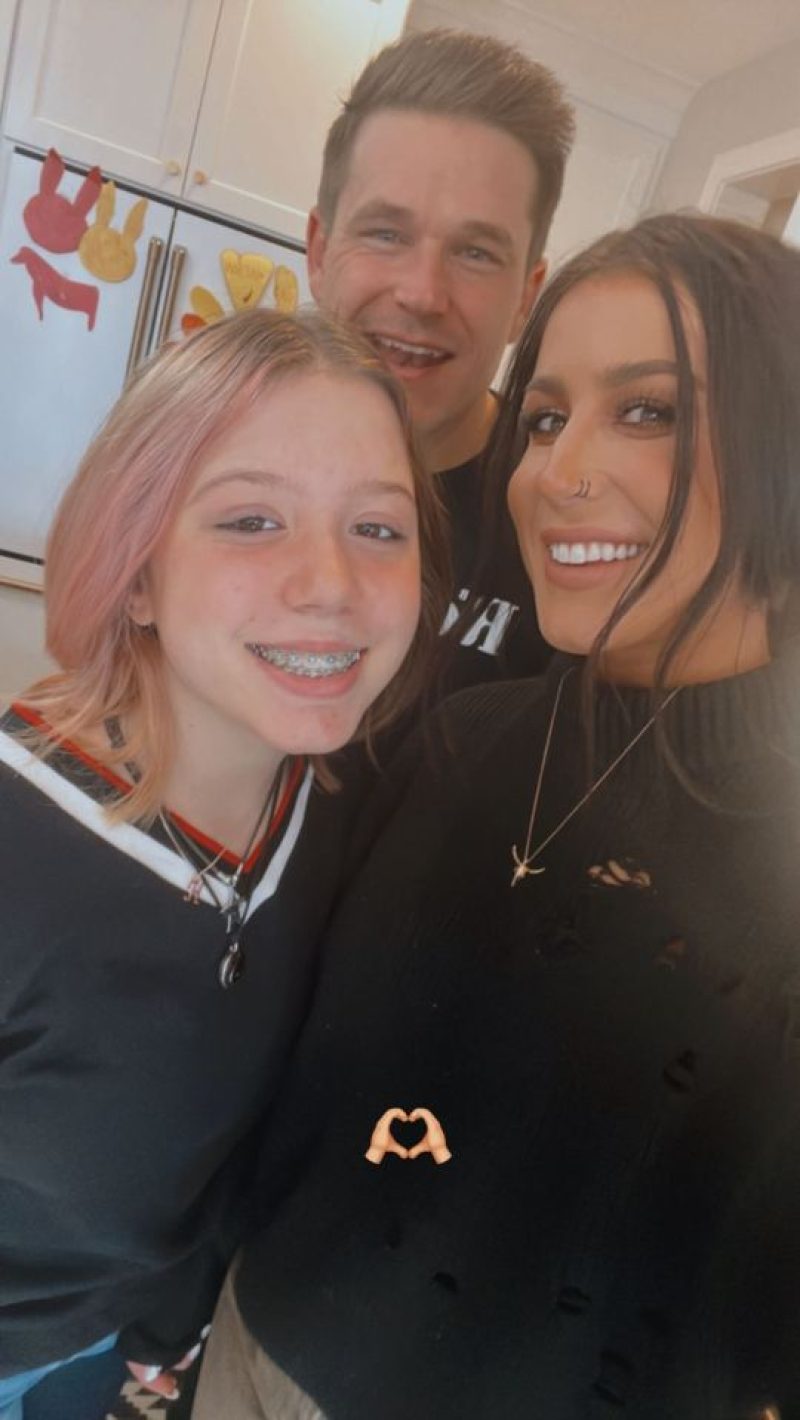 Chelsea, 31, took to her Instagram Story on Thursday and shared a selfie of with Cole and her teenage daughter Aubree.

The reality TV star is grinning from ear-to-ear as she cosies up to her husband and her eldest child.

Chelsea was dressed in a black jumper with holes in it while Aubree, 13, wore a navy blue sweater.

All three of them flashed their teeth for the snap, but fans were mainly distracted by Cole.

When one person posted a screenshot of the photo on Reddit, others quickly commented on the thread.

“Why does he always smile like he’s saying Heeeeeyyyy?” one person asked.

Another wrote: “His little tiny baby teeth (and baby voice) gross me out. Much hotter with his mouth shut!”

Someone else replied and said: “I came here to say same thing,” while another added: “He never closes his dang mouth in pictures. Between that and the weird baby talk, I don’t get the appeal.”

Another Reddit user joked: “Coley catching [flies emoji],” and a different person commented on Chelsea and said: “Chelsea looks more normal in this pic except for the blindingly white teeth.”

Others commented on Chelsea’s appearance as one person said: “Chelsea’s makeup looks more natural here….and that’s saying something!! Aubree is adorable as always.”

Someone else agreed and said: “Cute picAubree is adorable.”

However, Chelsea’s followers were divided when she shared a different pic of her and Cole earlier this week.

The happy couple were cuddling up at a farm and despite it being late November, Chelsea showed off her tanned legs in a short black shirt dress.

She accessorized her look with a chunky black and silver waist belt, a Fendi handbag and knee-high leather boots.

Grinning from ear-to-ear, the mom-of-four cosied up to Coel who was dressed in light blue ripped denim jeans, a plaid shirt and a stone-colored gilet.

The happy couple both wore sunglasses as they smiled for the camera and prepared for Thanksgiving.

However, not everyone was impressed with Chelsea’s attire and took to the comments to share their thoughts.

“Dude that belt you’re wearing: I wore more than 20yrs ago. Something that deff didn’t need returning!!!” one person wrote.

Another asked: “What is she doing to herself? Not at all pretty,” while a third person joked: “Looking fast I thought that was a statue of Scooby-Doo next to Cole.”

Someone else took umbrage with Chelsea’s nose piercing and commented: “Beautiful pic. That nose ring tho.”